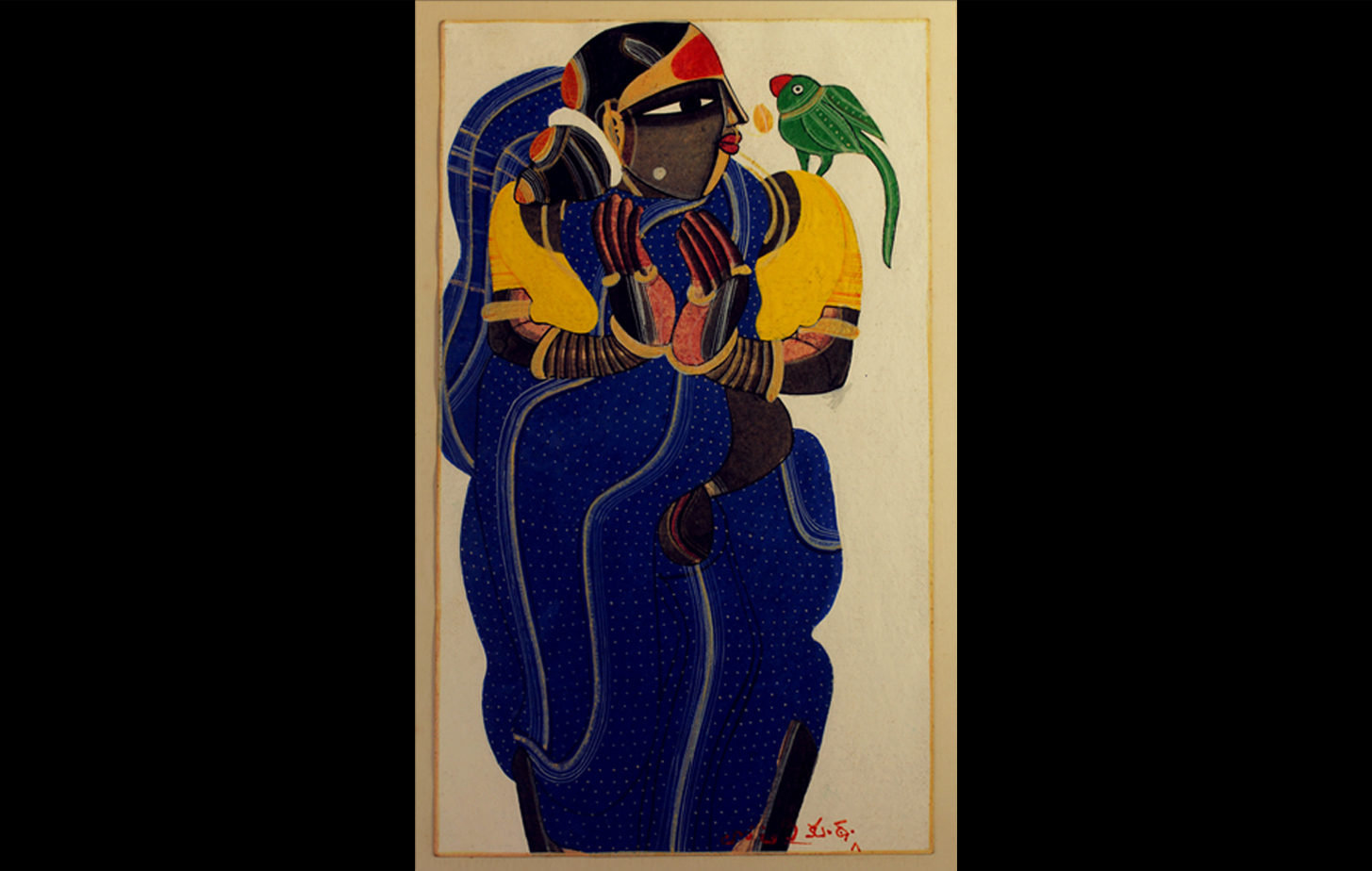 This particular painting of a woman with a parrot perched on her shoulder is perhaps inspired from the sculptures of ‘alasa kanyas’ popular in medieval Indian temples.

Thota Vaikuntam is known to capture the simple lifestyle of villagers through his paintings. He depicts scenes of paddy fields, toddy pots on shoulders of men, household chores, temple rituals and other scenes he observes in a village. His paintings reflect the colorful and elaborately dressed men and beautiful women of the Telangana region. He also displays a strong fascination for the female figure and often depicts them in a sensuous and voluptuous manner. He mostly uses rich primary colours which he believes gives a sense of character and depth to his paintings.