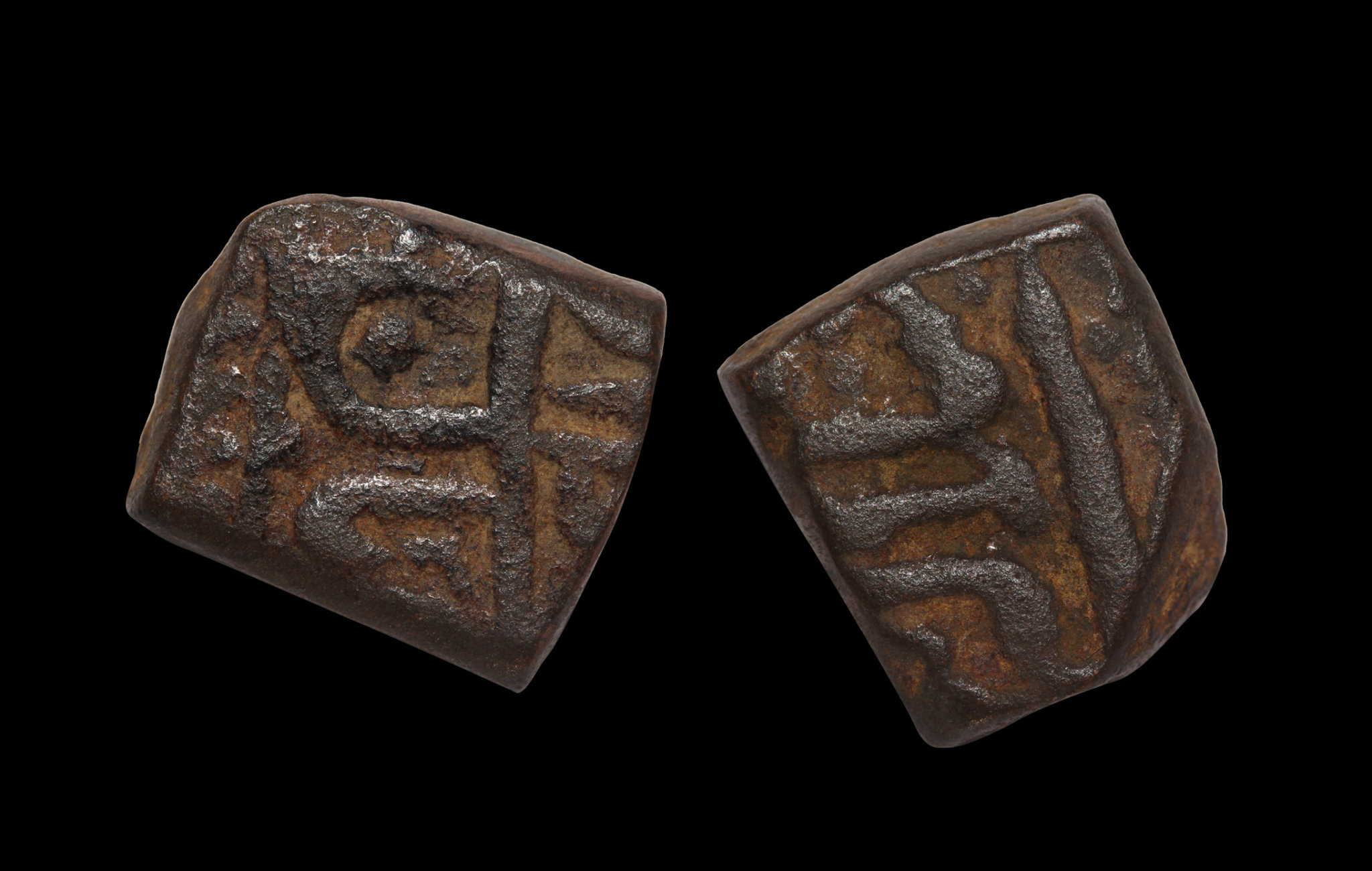 Ujjain has been a prominent urban centre stretching back to 600 BCE. In ancient India, it was one of the most important hubs connecting all the major trade routes, including those from Pataliputra (Bihar), Shravasti (Near Sopara in present-day Maharashtra) and Bharuch in Gujarat. Ujjain was the capital of power and learning, from where the great Emperor Vikramaditya spread his sagacious rule and muse to the revered poet-saint Kalidasa.

In the beginning of the medieval era, however, Ujjain was plundered and its monuments destroyed by Iltutmish of the Delhi Sultanate. Centuries later, during Akbar’s reign, a new era of reconstruction dawned over this ancient capital. When Akbar conquered Malwa, he put an end to the hegemony of the Sultan, Baz Bahadur, built a wall to protect Ujjain and made it the regional capital—this coin dates back to that era of Indian history. The city remained under Mughal control till the 18th century, when it was captured by the Marathas.