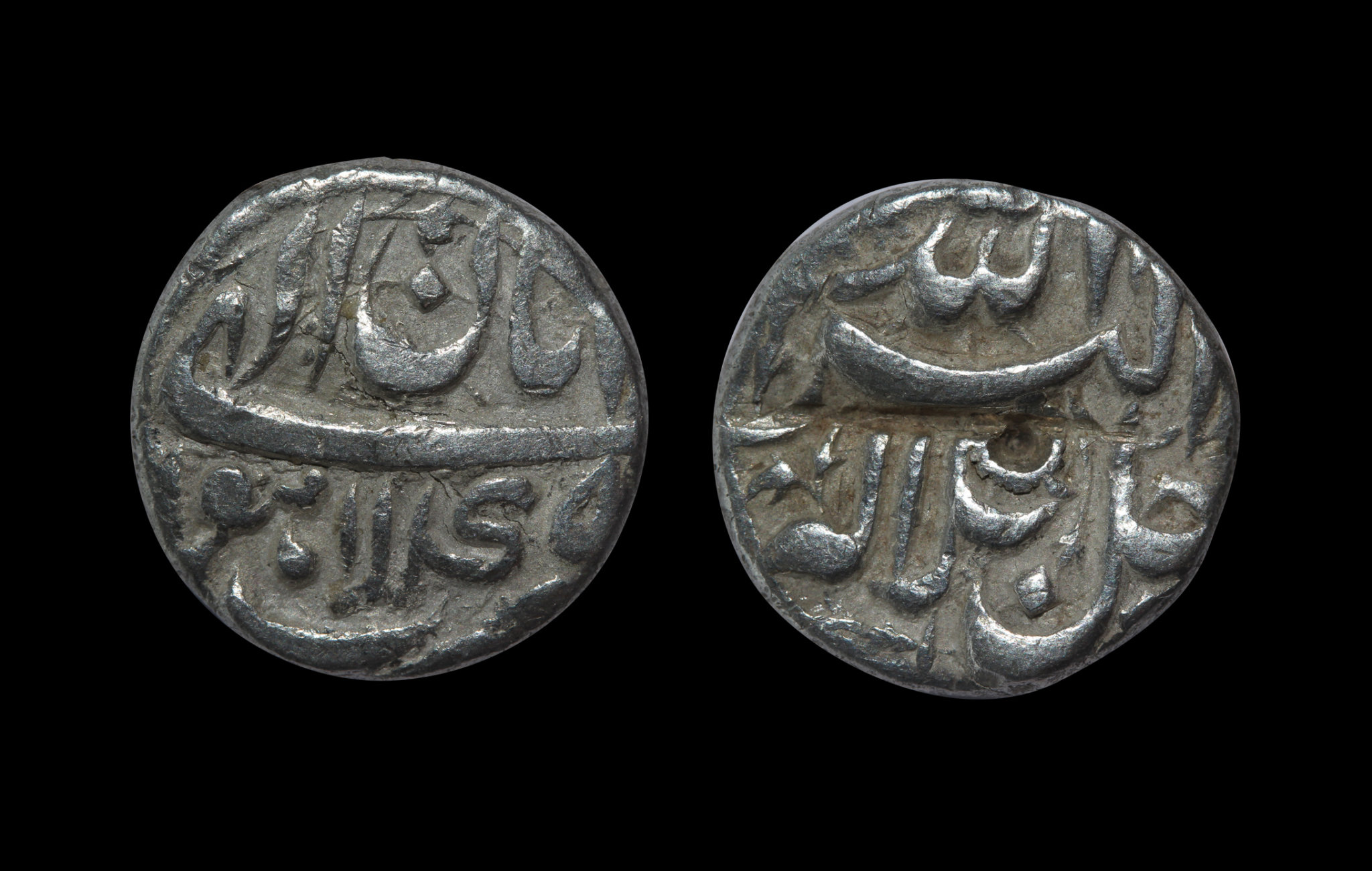 This quarter silver rupee weighs 2.74 grams—a silver rupee during Akbar’s reign would weigh between 10 to 11 grams. In addition, this is an Ilahi type coin, which means it’s dated in the Ilahi era as opposed to the more Hijri era favoured by Islamic rulers. Din-i-ilahi was the faith founded by Akbar in  AH 992/1584 AD and the Ilahi Era or ‘Tarikh-i-ilahi’. This ‘divine era’ starts with the year of Akbar’s accession (AH 963/1555-1556 AD). Its month followed those in ancient Persian calendars. The days in the month vary from 29 to 32 days. The Ilahi calendar was based on solar periodicals and started on the day of Navroz, which fell around 20th March according to the Gregorian calendar that most of the world uses today. Akbar had always been intrigued by Islam and other faiths. He invited several religious scholars to his Ibaadat Khana or the house of worship to discuss matters of faith. Din-i-ilahi or the ‘religion of god’ was formulated as an amalgamation of philosophies from Islam, Hinduism, and Christianity, but also containing aspects of Zoroastrianism, Jainism and others. The philosophy focused on morality, piety and kindness and bore close resemblance to Sufism. The practice of Din-i-ilahi didn’t survive past Akbar’s death in 1605. Listen to a Sarmaya Talk by Paul Abraham on Mughal emperors and their coins here. Read our guide to Mughal coins here.

Akbar’s long rule of 49 years and his expansion to newer mints led to an age of numismatic experimentation for the Mughal empire. Akbar issued about 25 types of new coins like Aftabi, Mohur, Lal-i-Jalal, Salimi etc. while retaining the rupee, tanka, dam and other local coinage. Coins were issued in different shapes, like round, square and rectangular. Akbar introduced decorative motifs like florals, dotted borders, cartouche and star type coins. He also introduced imagery in his coins, which is strictly prohibited in Islam—the most famous example of this is a mohur depicting a hawk from Asirgarh.

'Allah u Akbar' on the top and 'Jal Jalalla' at the bottom.