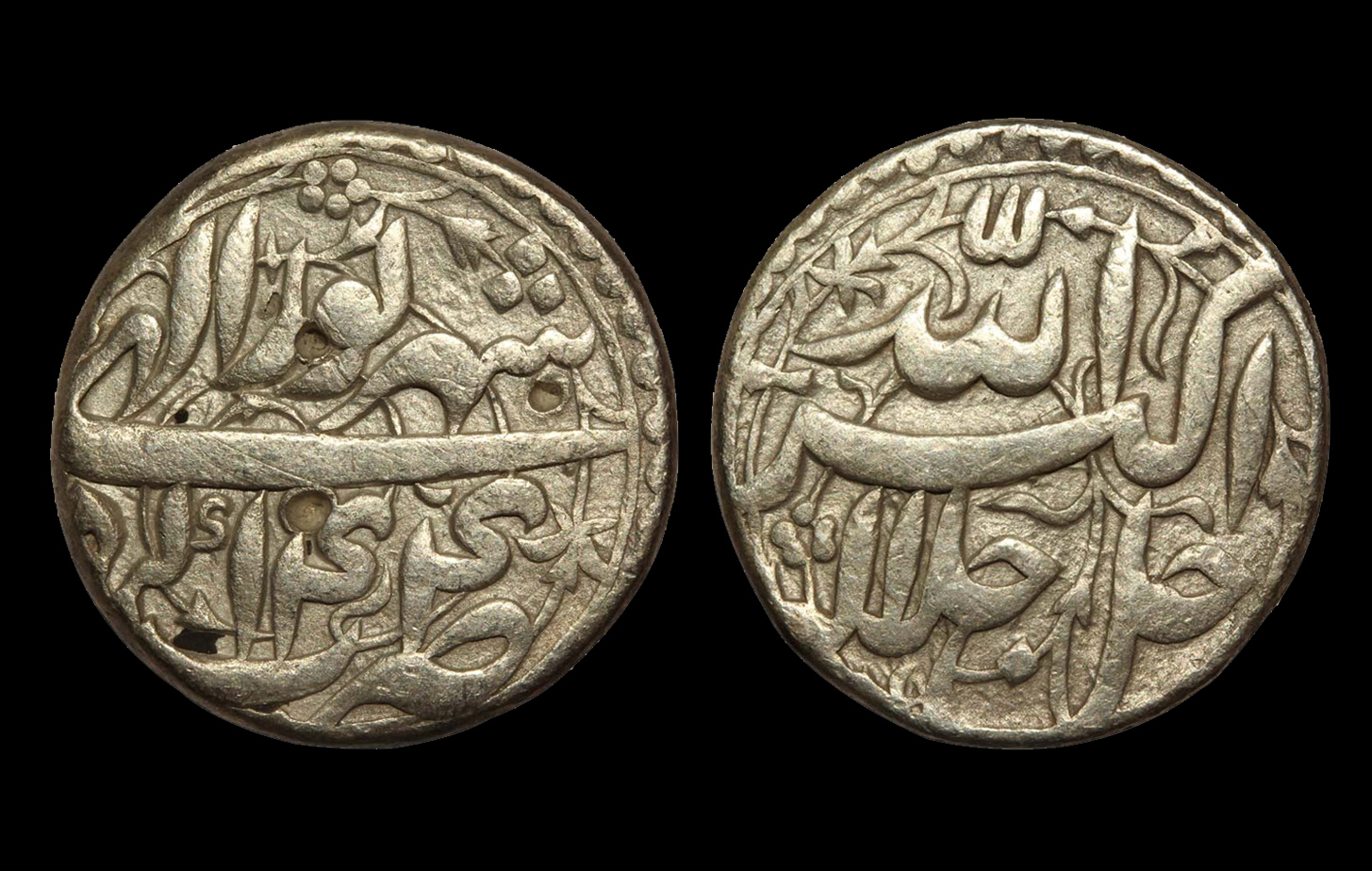 After 1585 AD Akbar notably removed the inscription of the ‘Kalima’, the Mohammadan profession of faith, from the face of coins issued by him. Coins issued in this later period belonged to the Illahi Era, as they bore the Illahi credo ‘Allah hu Akbar Jalla Jalaalah’ (God is great, may His glory be glorified). He also began dating them with the regnal year and added the month, which is displayed on the obverse of this silver coin.