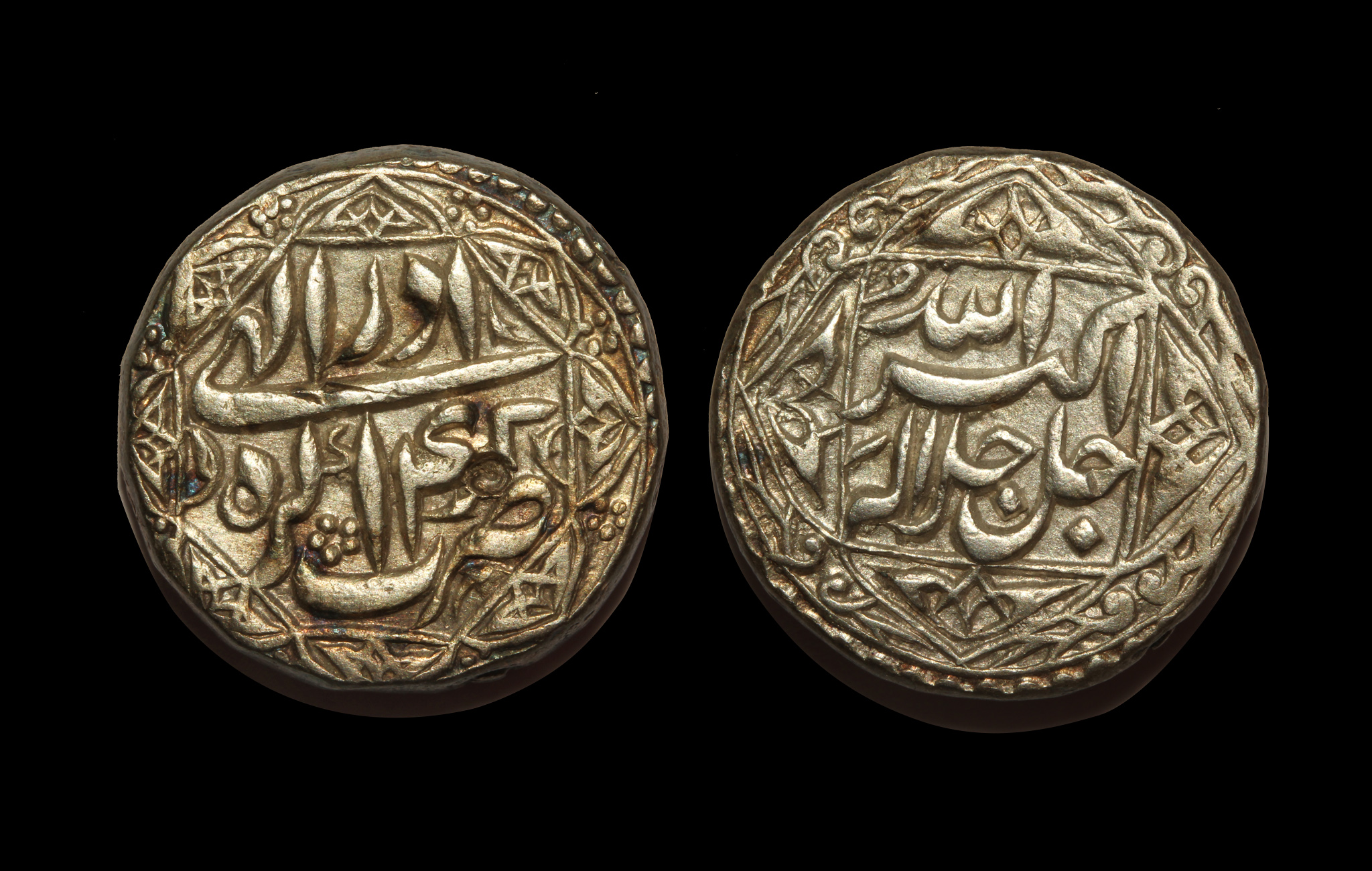 This silver coin is inscribed on both the obverse and reverse and the inscriptions appear inside a floral design motif. This qualifies it in the ‘Decorative type’ category of coin issued by Emperor Akbar. Akbar’s Ilai coins typically bore the Ilahi creed: Allahu Akbar Jalla Jalalhu. He issued silver Ilahi coins minted at Agra in square and round shapes during alternate months during the Ilahi Era. The Ilahi Era or ‘Tarikh-i-ilahi’ was based on the ‘Din-i-Ilahi’ faith founded by him. This calendar was based on the solar periodicals and starts on Nauroz, which falls on 20th March according to the Gregorian calendar.

Akbar issued a series of coins from the Agra mint dated in Ilahi 47 and 48 which bear denominational terms in the legends. ‘Rupaya’, ‘Darb’ and ‘Charan’ correspond to one, half and quarter rupee denominations respectively. These terms are corroborated by Abu’l Fazal in his descriptive account of Akbar’s kingdom and governance, the Ain-i-Akbari.