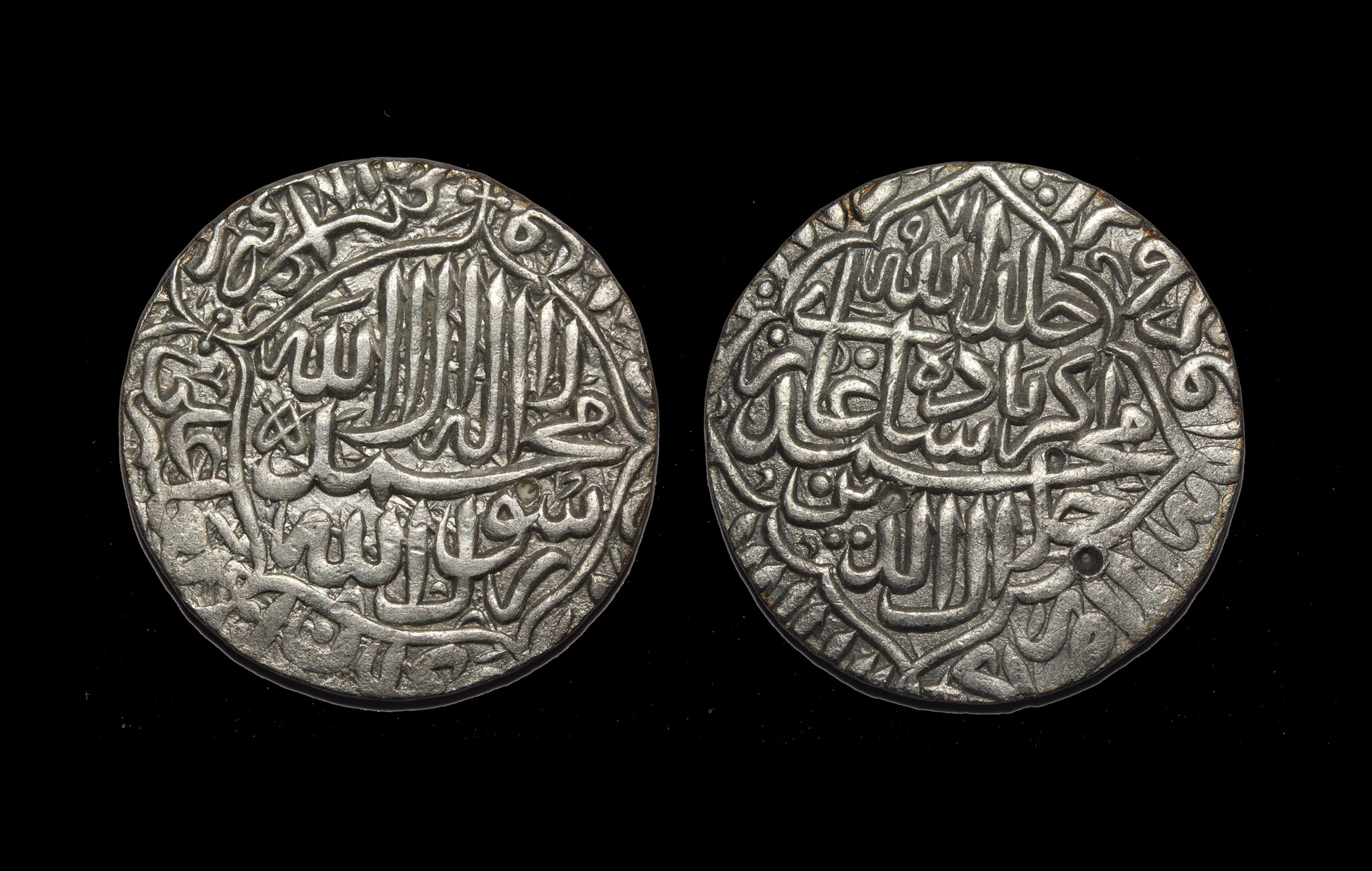 This silver coin was issued in  by Akbar, minted at Agra, and is known as the ‘Kalima type’. Inscribed on both the sides, the coins consist of the ‘Kalima’ (Islamic affirmation of faith) on the obverse and the name and title of the issuer, date and mint on the reverse.

On the obverse side of the  Kalima type of coins is inscribed the Islamic affirmation of the faith – ‘La Ilaha Illallahu Muhammadur Rasulullah’ along with the names of the four caliphs – Abu Bakr, Umar, Usman, and Ali.   In the later part of Akbar’s reign, his coinage changed considerably. The Kalima was dropped from the obverse, replaced by “Allahu Akbar Jalla Jalalhu” (God is great, bright is his glory). And the reverse saw the deletion of the king’s name and title. The Ilahi year and the Persian date remained.