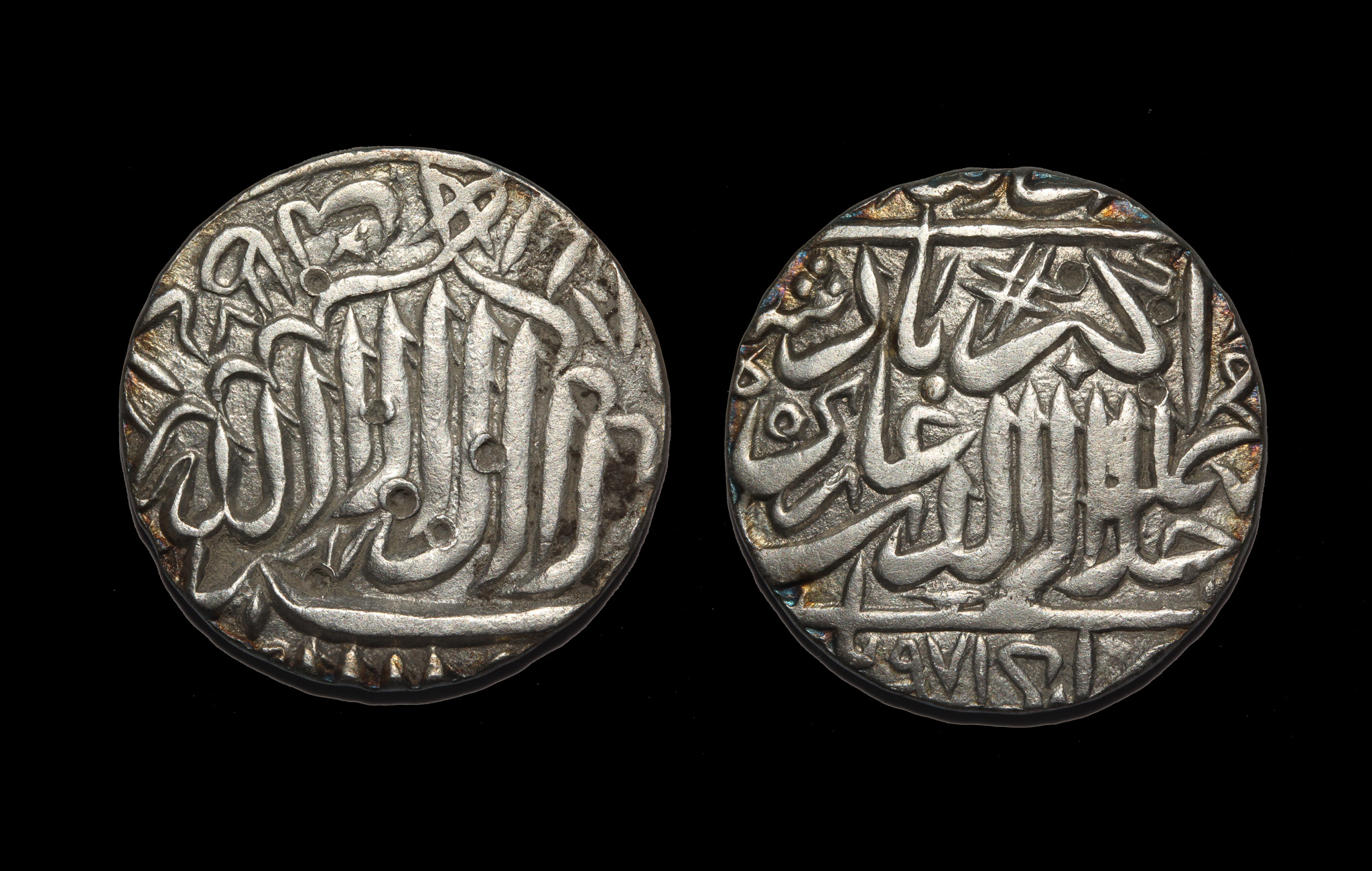 This silver coin was issued by Akbar and minted at Akbarpur Tanda. The coins consist of the ‘Kalima’ inscribed on the obverse and the name and title of the issuer, date and mint on the reverse. This particular coin from the Akbarpur Tanda mint is considered to be very rare, with the ‘Maltese cross’ mint mark on the reverse.

Kalima type of coins have the Islamic affirmation of the faith ‘La Ilaha Illallahu Muhammadur Rasulullah’ along with the names of the four caliphs – Abu Bakr, Umar, Usman, and Ali inscribed. In the later part of Akbar’s reign, his coinage changed considerably. Akbar established a system of religious faith called ‘Din-i-ilahi’ faith and the Ilahi calendar, which he also introduced on most of the coins. The Ilahi calendar was based on solar periodicals and began with Nauroz, which, according to the Gregorian calendar, falls on 20 March. The Kalima was dropped from the obverse, and replaced by “Allahu Akbar Jalla Jalalhu” (God is great, bright is his glory).

Jalal-ud-din Muhammad Akbar’s (1556-1605) long rule of 49 years and his expansion to newer mints led to the age of experimentation in coins for the Mughal Empire. Akbar issued about 25 types of new coins like Aftabi, Mohur, Lal-i-Jalal, Salimi etc. while retaining the rupee, tanka, dam and other local coinage.