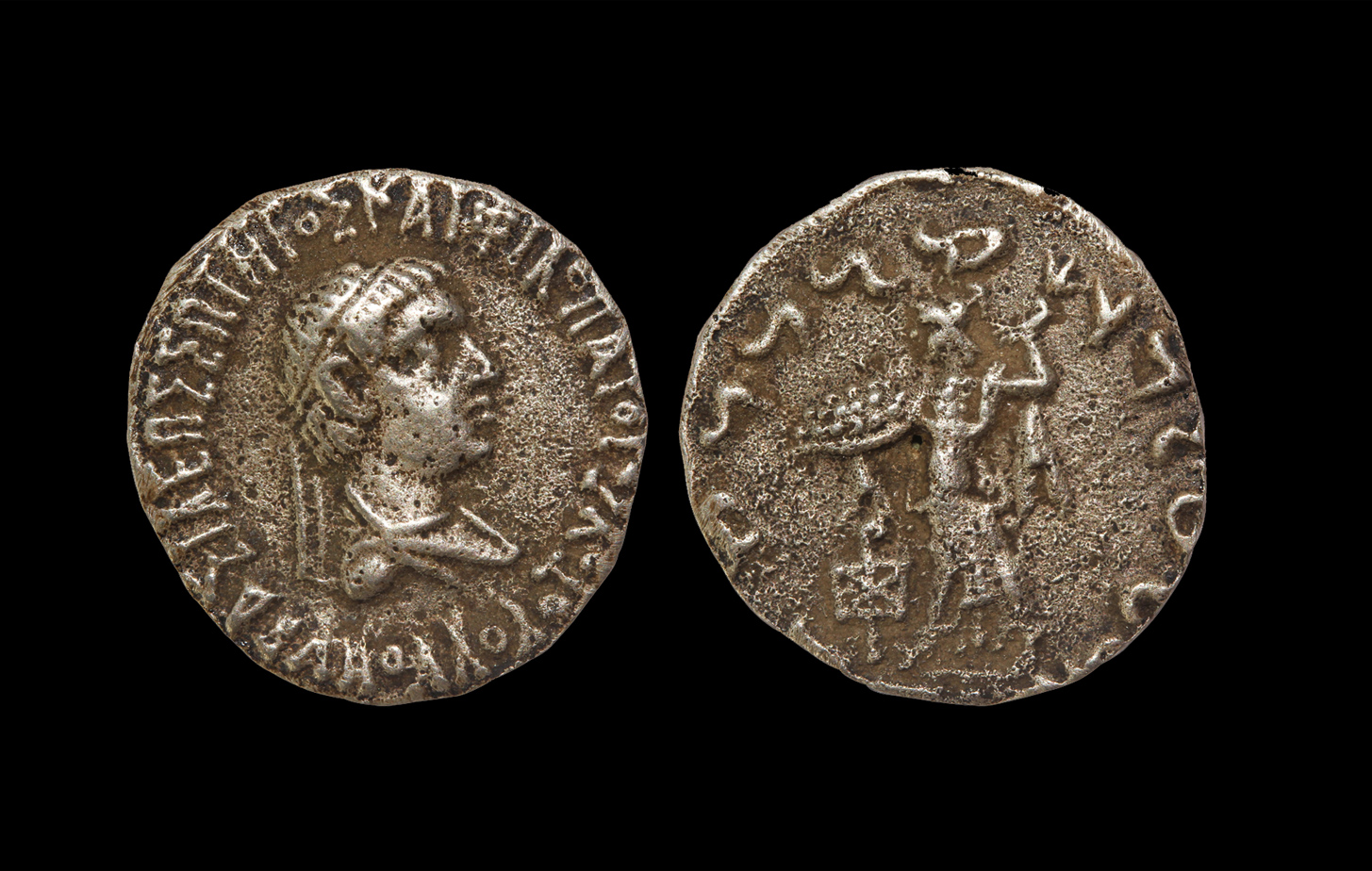 This silver drachm carries the kingly profile of Apollodotus II, who reigned east and west Punjab aka Taxila in the waning days of the Indo-Greek kingdom between 80 and 65 BC. Indo-Greek coins were of three types: stater (gold), drachm (silver) and copper (chalcon). The front of the coin carried the bust of the ruler in whose name it was issued and the back usually carried the figure of a deity, like Zeus, Apollo, Poseidon etc.

This coin features Athena as the Alkidemo or ‘defender of the people’, holding a shield and thunderbolt. The Indo-Greeks were the first to issue coins with bi-lingual and bi-scriptual inscriptions. Here you’ll see Greek writing around the king and the ancient Indian script of Kharosthi surrounding the goddess on the reverse. The words around Apollodotus II read, among other things, ‘philopator’. This was a common title that Hellenistic rulers gave themselves, and it meant ‘father-loving’, which suggests he came from royal lineage. All we know for sure is that after the reign of Apollodotus II, the Indo-Greek stronghold he established in Taxila with much valiant energy weakened and splintered again.