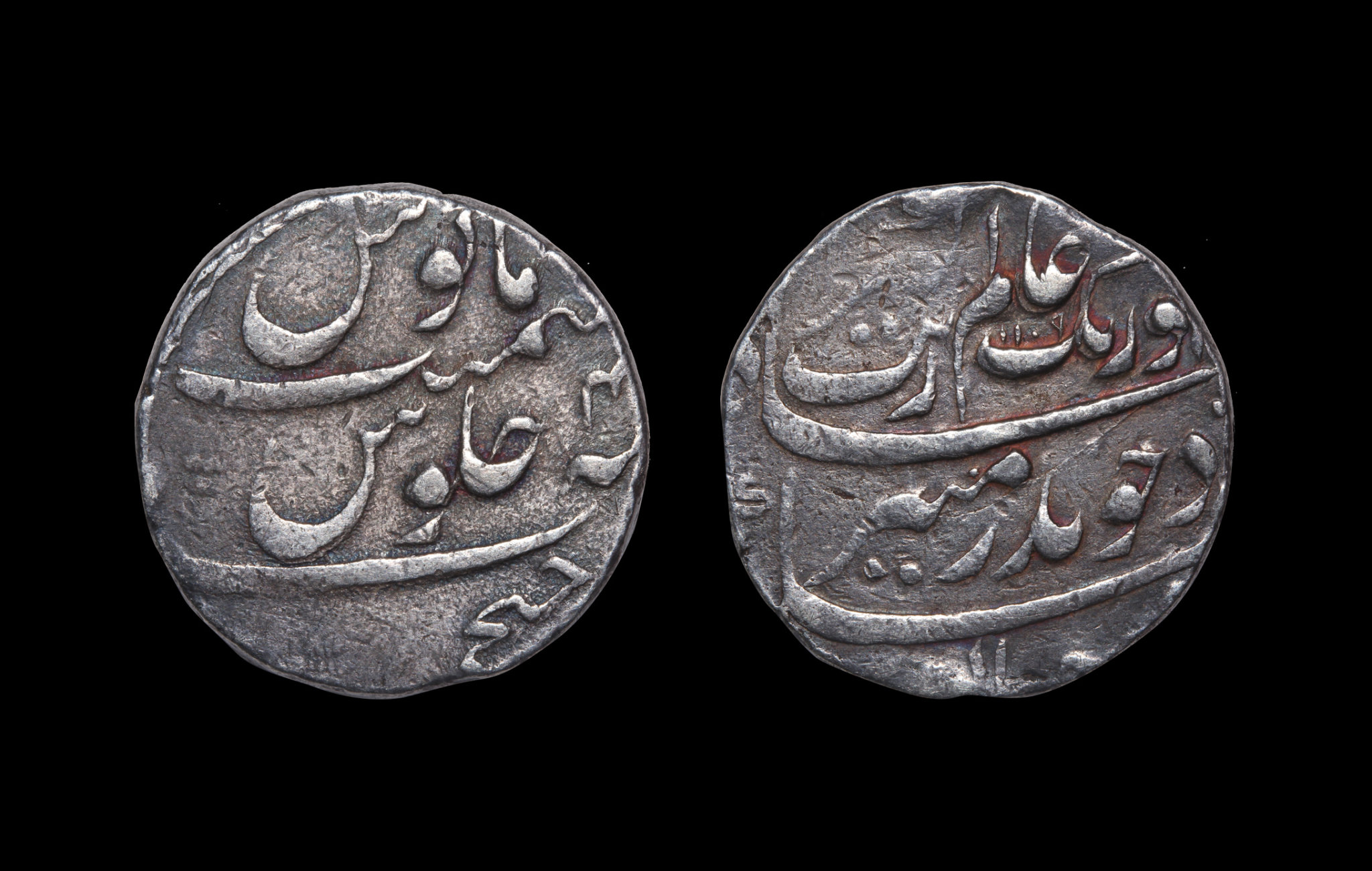 Gingee was a formidable fort in southern Arcot in the erstwhile Carnatic region. It was captured by Chhatrapati Shivaji Maharaj in 1677 and remained in the hands of the Marathas until 1698. In this year, Shivaji’s son Rajaram Bhosle I ensconced himself in the fort in response to Aurangzeb’s advancing armies in the kingdom. Mughal army chief Zulfiqar Khan Nusrat Jung laid siege to Ginjee in 1698, but the Maratha king escaped safely.

The Fort, however, fell to the Mughals and this coin was possibly struck to finance the siege. A thin silver coin, it carries a poetic verse praising the emperor on the obverse and the name of the mint and regnal year on the reverse. Aurangzeb was the sixth Mughal ruler and he came to power in 1658 CE after deposing his ailing father Shah Jahan. His rule lasted 50 years till the 1707 AD, after which the dynasty itself went into a lingering decline.

During his reign, Aurangzeb forbade the use of the Islamic holy phrases on currency, considering it a defilement of the Holy Kalima to expose to the hands of non-believers. While the empire grew in size during his reign, the period was also defined by fraying social relations and constant conflicts with the Marathas, Sikhs, and European imperial powers.