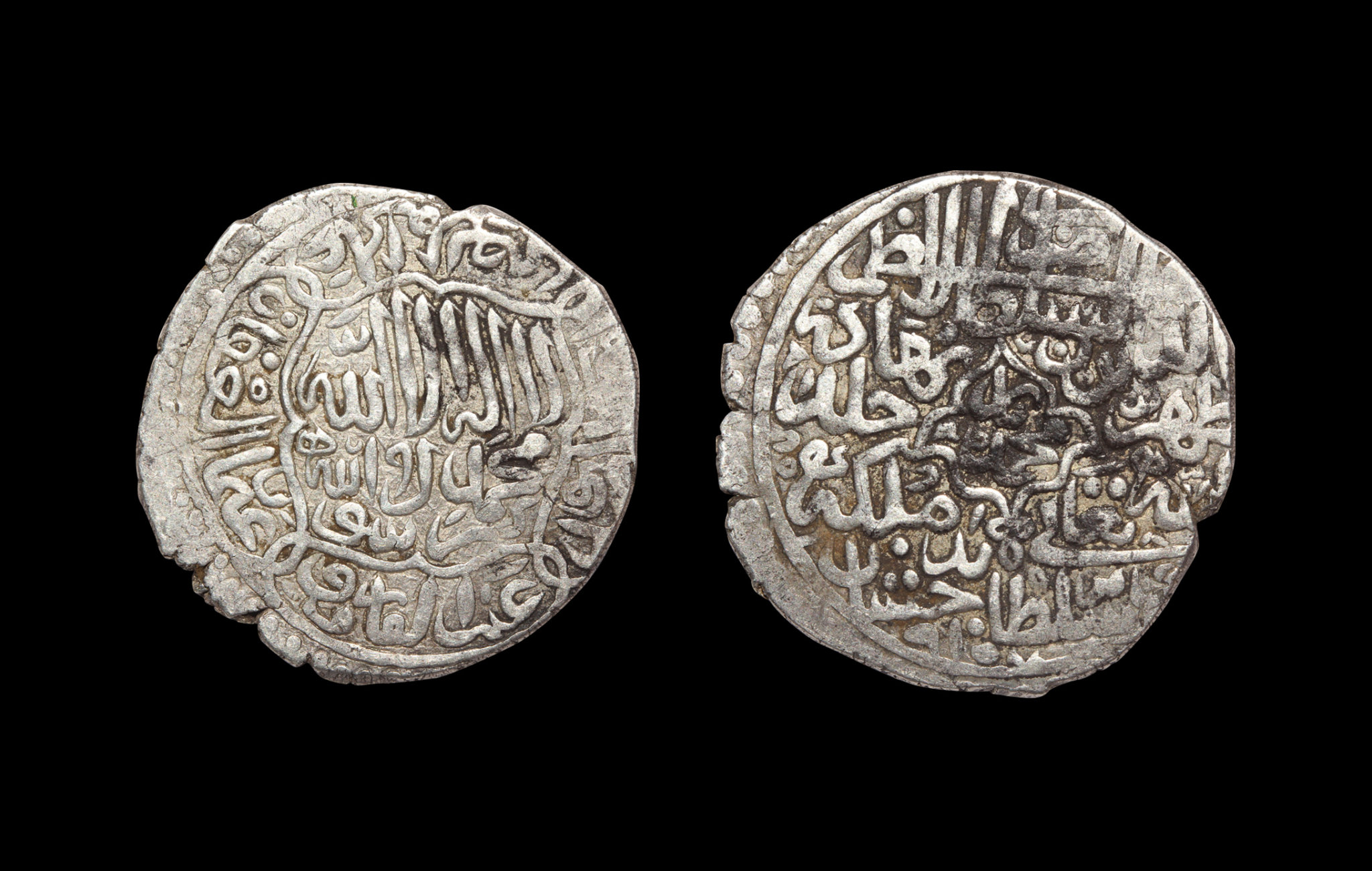 Babur, the founder of the Mughal dynasty was a descendant of Timur and Genghis Khan—and he didn’t want you to forget it. One of the ways in which he pledged his allegiance was by introducing the Shahrukhi denomination of coin to the Subcontinent. Shahrukhis were flat, round silver coins first issued by the Timurid ruler Shah Rukh in the 15th century. These coins had a good run in India under Humayun and Akbar till they were replaced by the rupee.

Babur was a born a prince in Ferghana, present-day Uzbekistan, with ambitions of ruling Samarkand. When he failed to hold onto his throne there, he came eastwards and after the Battle of Panipat in 1526, invaded Agra and Delhi. This silver coin weighs nearly 5 grams and on the obverse it features the Kalima (the Islamic invocation to Allah) and the names of the four caliphs. On the reverse, it has the date the coin was minted (Hijri year 910, 1504-1505 AD), the mint town (Badakhshan) and name of the emperor. Generally speaking, Shahrukhis issued by Babur would carry the lengthy legend of: Al-Sultan Al-Azam Wa Al-Khakan Al-Mukarram Zahiruddin Muhammad Babur Badshah Ghazi.

Listen to a Sarmaya Talk by Paul Abraham on Mughal emperors and their coins here. Read our guide to Mughal coins here.

The obverse has a cartouche inside which is inscribed the Kalima

The reverse mentions the date, mint town and name of the emperor.