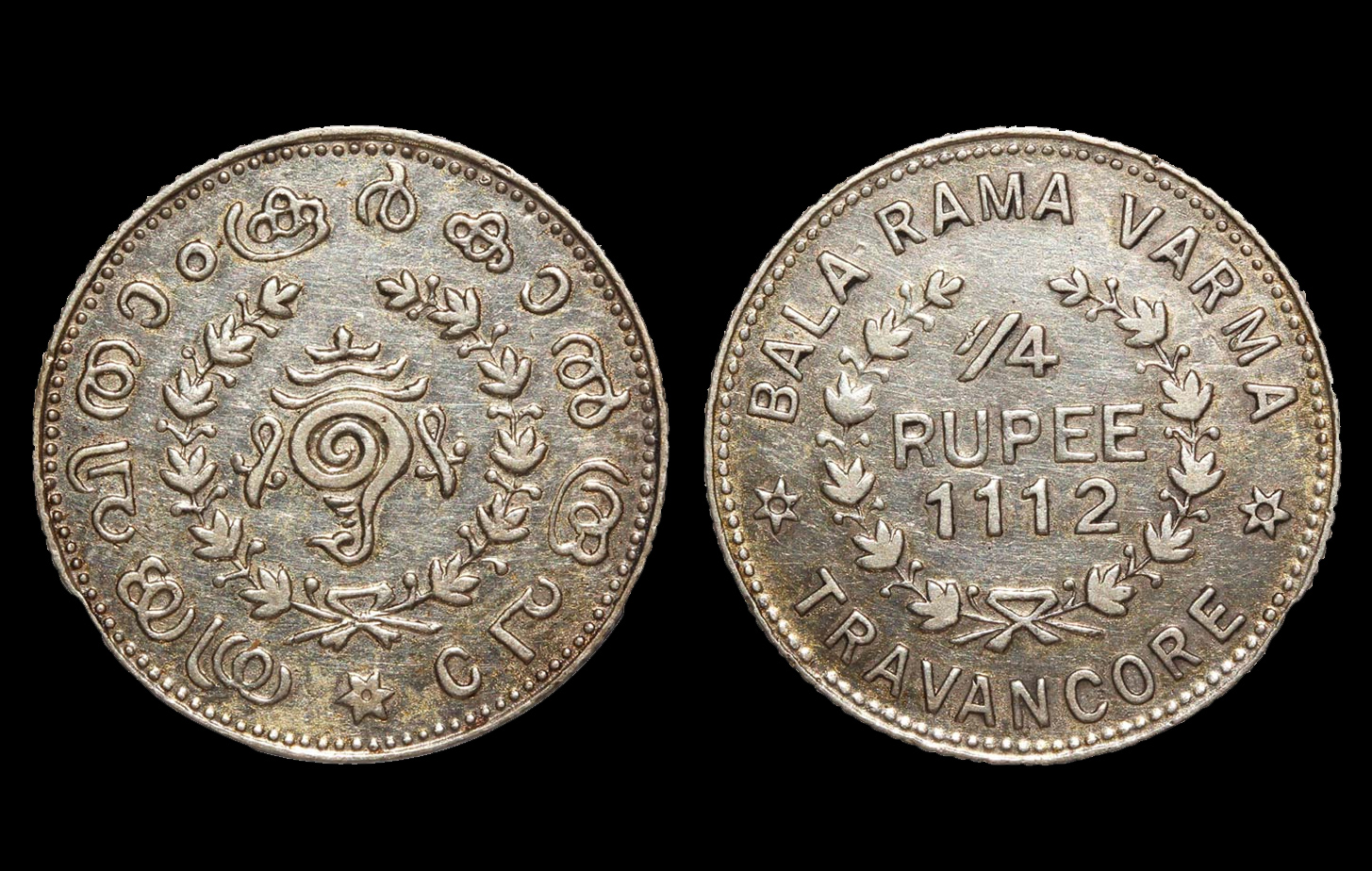 Bala Rama Varma was the last ruling Maharaja of the princely state of Travancore until its annexation by independent India in 1949. This silver coin issued under his name has the royal emblem of the conch on the obverse side, with a legend in Malayalam translating to “Travancore Half Rupee Chitra” encircled by an olive wreath. On the reverse side is the value of the coin, along with the issuer’s name and the year of issue, 1112 (here calculated in Malayalam Era to the last year of the king’s reign).