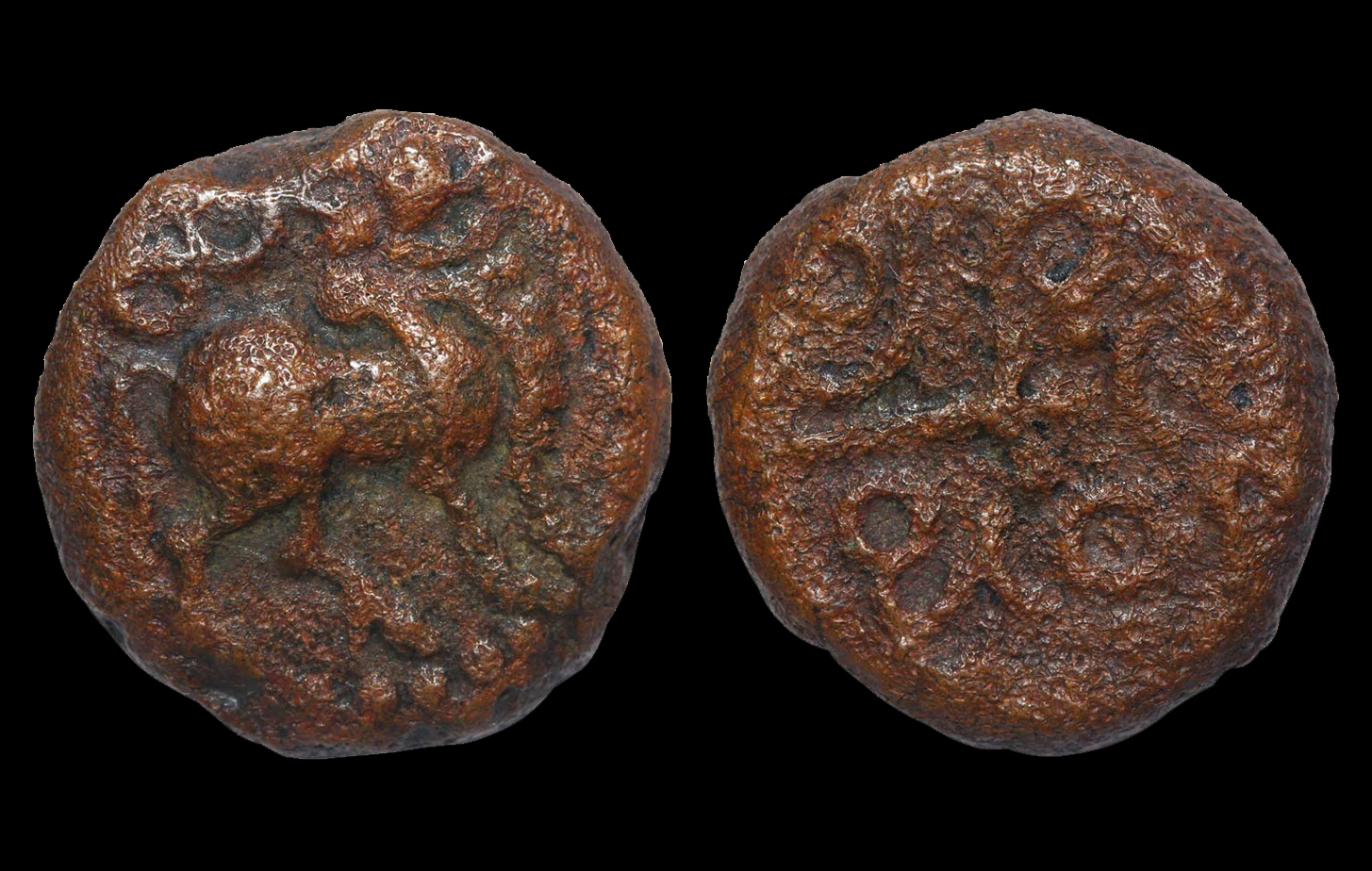 The coins of the Vijayanagara Empire had ushered in a new era for numismatics in South India. Most of the coins of this period were modeled on their predecessors, like those of the Hoysalas. The coinage of Devaraya I and Devaraya II are similar in design and legends. The obverse of this copper coin bears the motifs of a stylised bull turned to the right and what looks like the sun and crescent moon on the top left, motifs that have worn off. The reverse of these coins usually had in Nagari script the words “Sri Deva Raya’.