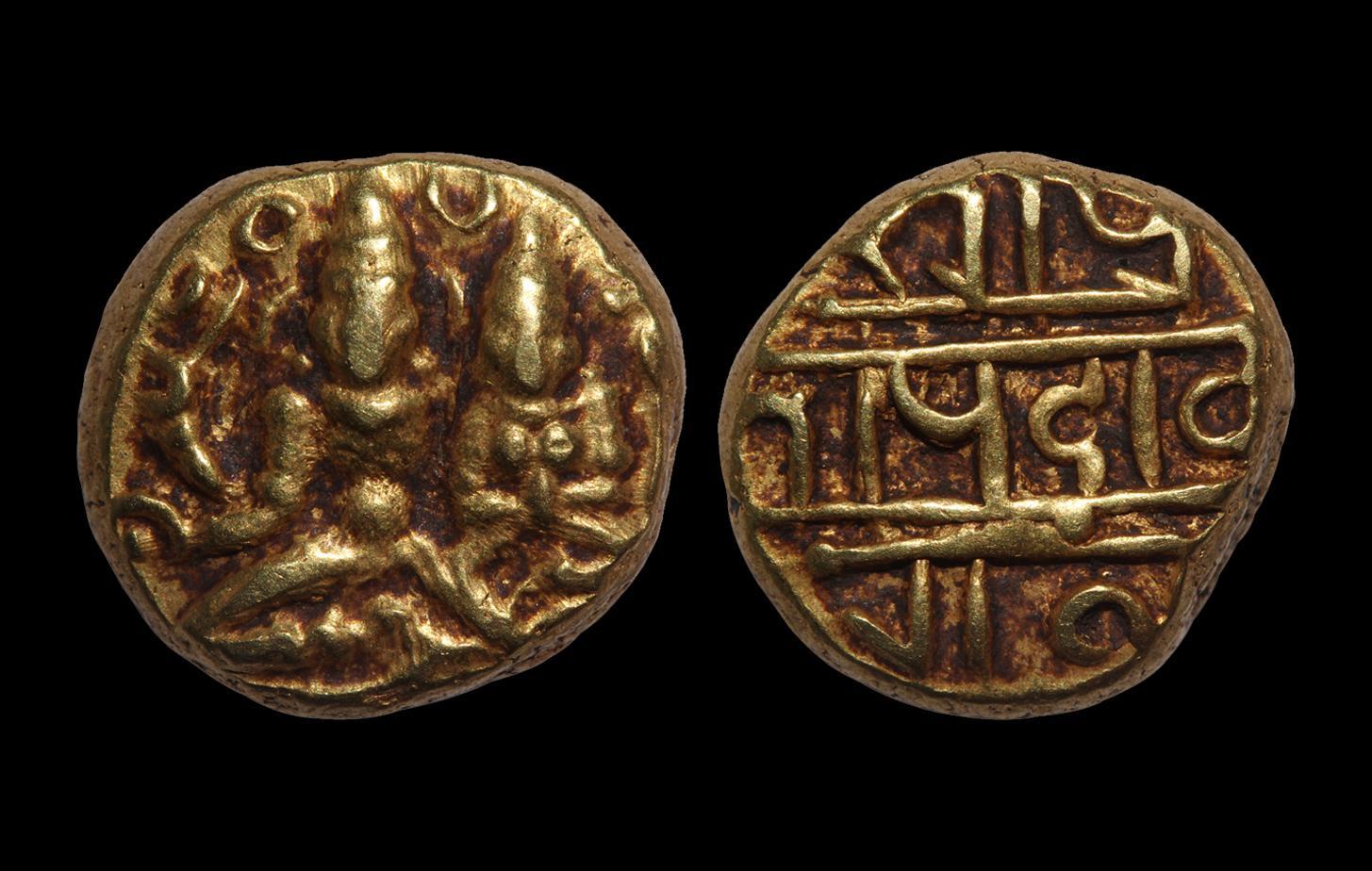 This is a gold pagoda type coin issued by Vinayaditya, the third Hoysala king of the Vijayanagara Empire. The reverse has an inscription “Sri Pratapa Devaraya” and the obverse has the icon of Uma-Maheshwara in embrace. The figure of Parvati is seated in padmasana with hands folded in the anjali mudra, while Shiva is four-armed and holds a parashu (axe) in his upper right hand. The other two arms are not visible as they go behind Parvati’s back. Above the figures are emblems of the sun and the moon. Harihara II was the second Hoysala king to rule the Vijayanagara Empire and he introduced the legend of “Pratapa” henceforth used on all coins. It was also during his time that Hindu deities began to appear in Vijayanagara coinage, especially the figures of Vishnu-Lakshmi, Uma-Maheshwara and Brahma-Saraswati.

Shiva and Parvati (Uma-Maheshwara) in embrace