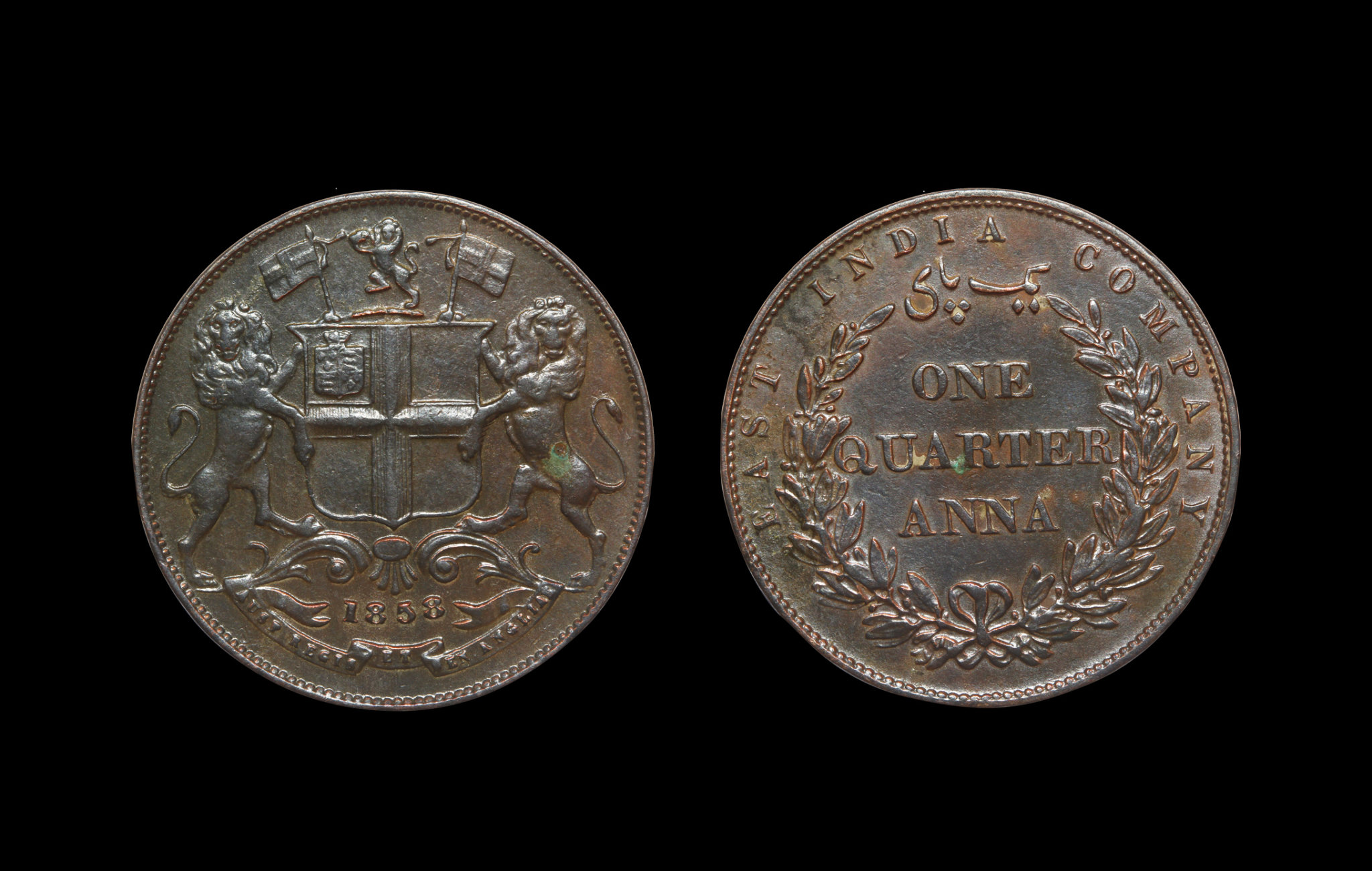 “It was not the British government that began seizing great chunks of India in the mid-eighteenth century, but a dangerously unregulated private company headquartered in one small office….” In his 2019 book ‘The Anarchy’, this is how William Dalrymple describes the East India Company—the only trading company in the world to mint its own currency.

The East India Company, built its first mint in Bombay in 1672 and initially, its currency had to compete with many regional ones, chief among which were Mughal coins. But by 1835, the EIC had absorbed its competitors and minted money in its own name till 1858. After the violent Uprising of 1857, the Crown took over the governance of India and later coins bore the legend of the British monarch. This lowly 1 paise or quarter-anna coin from 1858 was possibly among the last to be issued in the name of the EIC. The denomination anna, along with the rupee, was adopted from the Mughal system. Sixteen annas made 64 paise, which made one rupee.

On the front of the coin is the coat of arms of the EIC comprising two lions and the Cross of St George, which also featured on their flag. Their motto is inscribed below on the ribbon: AUSP: REGIS ET SEN: ANGLIA, which translates to ‘by the Command of the King and Parliament of England’. On the reverse, the coin’s value is inscribed in Persian and English.