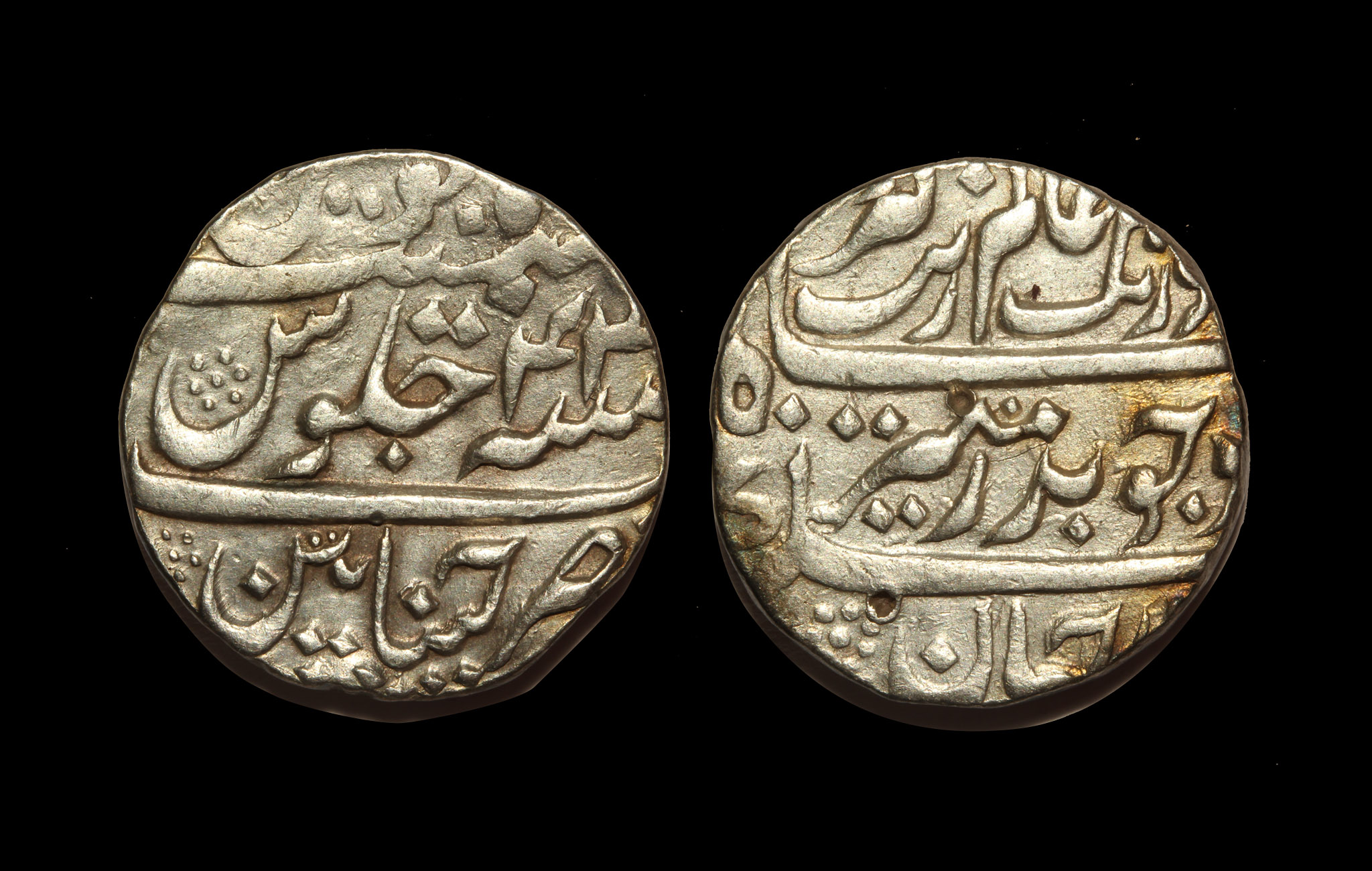 The East India Company (EIC) had established themselves in the village town called ‘Madrasapattam’ (now Chennai) in 1639-1640. This became the first major English settlement in India.

In 1687, Aurangzeb’s conquest of Golconda and Bijapur led to the introduction of silver coins in southern India. The EIC sought permission from the Mughal Empire to mint rupees in Madras, and received this permission from Kam Baksh, the son of Aurangzeb, in 1692. However, this “Madras rupee” was struck for circulation in Bengal.

The Chinapattan mint was started to issue coins in the name of Mughal Emperor Aurangzeb. Later on it was issued in the name of Emperors Shah Alam Bahadur, Jahandar Shah, Farrukhsiyar and Muhammad Shah, as well. ”

Abul Muzaffar Muhi-ud-Din Muhammad Aurangzeb was the sixth Mughal Emperor of India. Aurangzeb’s reign lasted for almost half a century, from 1658 to 1707, the longest after Akbar’s reign. He was the last powerful Mughal ruler whose reign was marked by an expansionist policy, he laid several successful conquests in the far south and the east, territories where preceding emperors had failed to consolidate power. Aurangzeb was an orthodox ruler who condemned imagery and the use of democratic symbols on the coins. He used poetic verses to praise his rule on the obverse side of the coin and the reverse had a distinctive verse, popularly known as a ‘formula’ among scholars which was copied by all succeeding Mughal emperors. “