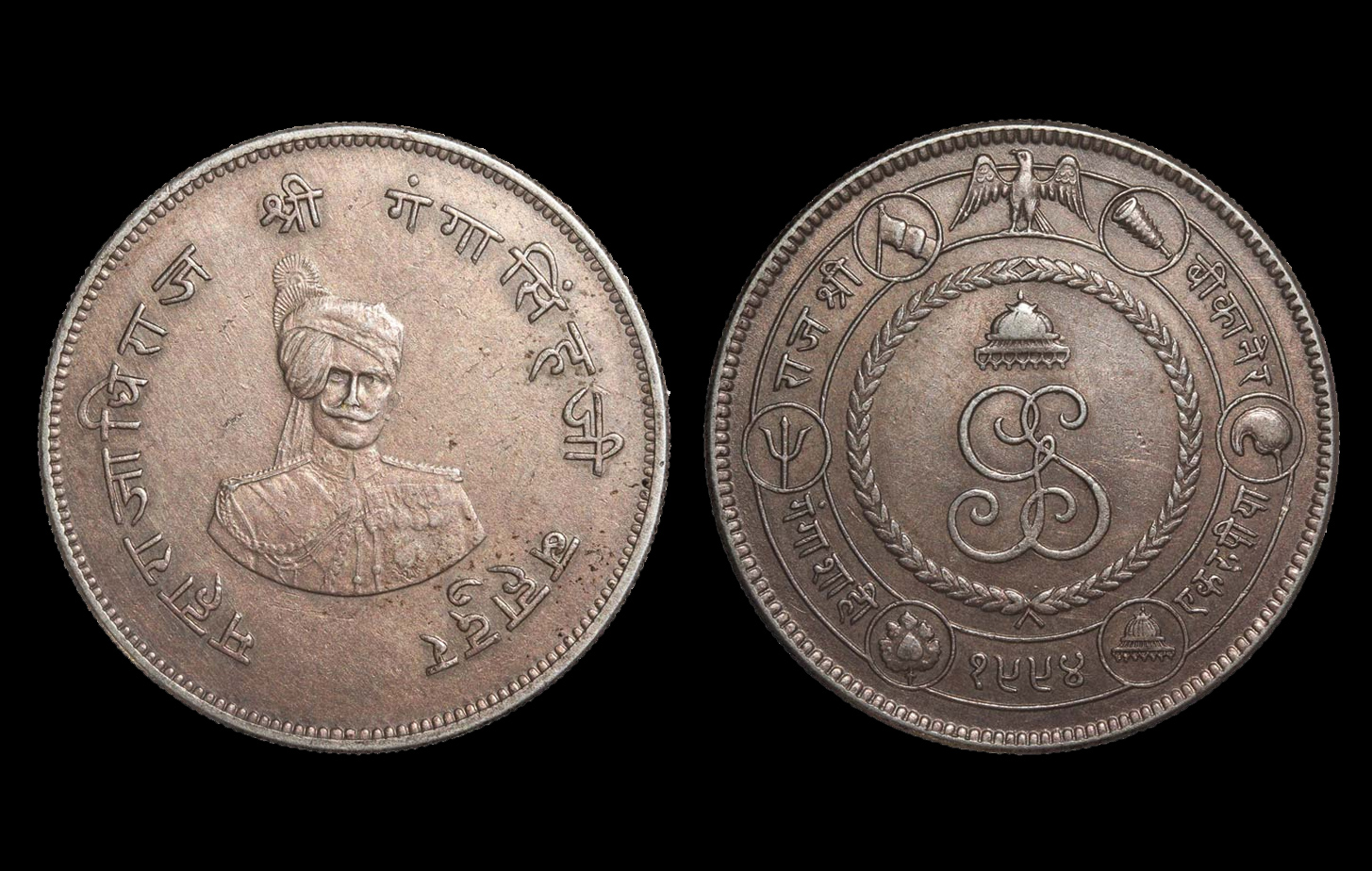 This is a silver coin issued by the state of Bikaner under Ganga Singh, the Maharaja of the Princely State of Bikaner from 1888 to 1934. On the obverse is a mustachioed portrait of the king, with a turban worn in the Bikaneri style. Around the portrait is inscribed “Mahadhiraj Rajshri Ganga Singh Bahadur” in Devnagari script. On the reverse is the emblem of the king, which were the intials of his name “G” and “S” along with other symbols of royal paraphernalia such as the eagle and the chattra (parasol). Around this runs a wreath of olive leaves – beyond which is another Nagari inscription “Rajasri Ganga Shahi/ Bikaner/ Ek Rupiya and 1994”. Interspersed with the legend are other symbols of royalty and political power: the flag, the banner, the chauri or flywhisk, the trumpet and the trishul or trident.

Ganga Singh Rajshri Bikaner one paisa. 19944 with GS inscribed with Chatra and other symbols like bird, flag, trishul etc.