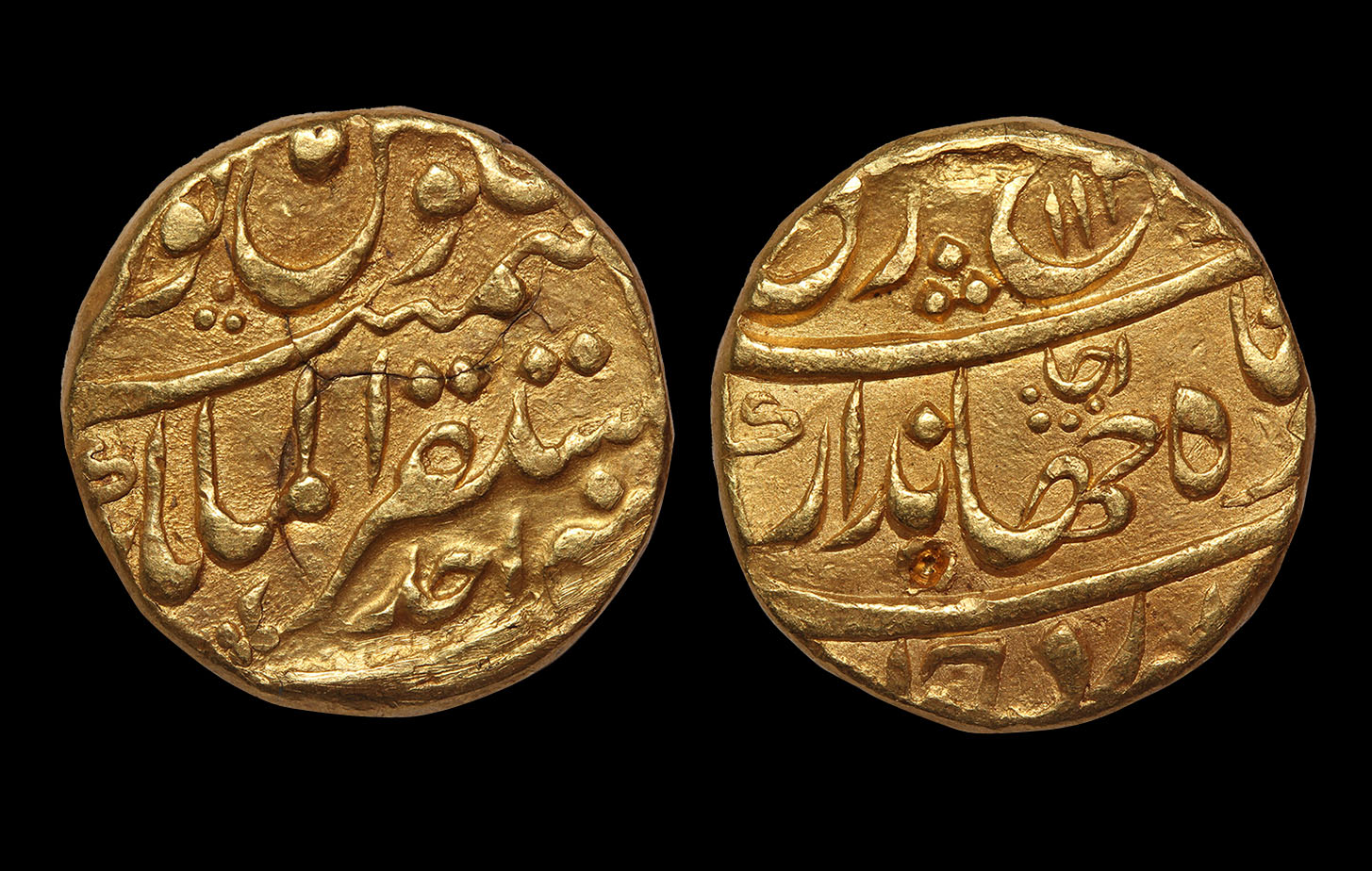 Jahandar Shah was the son of Bahadur Shah I and ruled for a very brief period. After their father’s death on February 27, 1712, he and his brother Azim-ush-Shan both proclaimed themselves emperors and waged a succession fight. Jahandar Shah issued coins and reintroduced couplets inscribed in gold, silver and copper. He issued coins with the title ‘Abu ak Fath Shah Gazi’ and ‘Sahib-i-Qiran Jahandar Shah Badshah-i-Jahan’. Jahandar Shah was defeated and murdered, on Farrukhsiyar’s orders, at Delhi in February 11, 1713. This is a gold mohur issued by Jahandar Shah and minted in Mustaqir ul-Mulk or the ‘Abode of the Kingdom’ ie Akbarabad, known today as Agra.