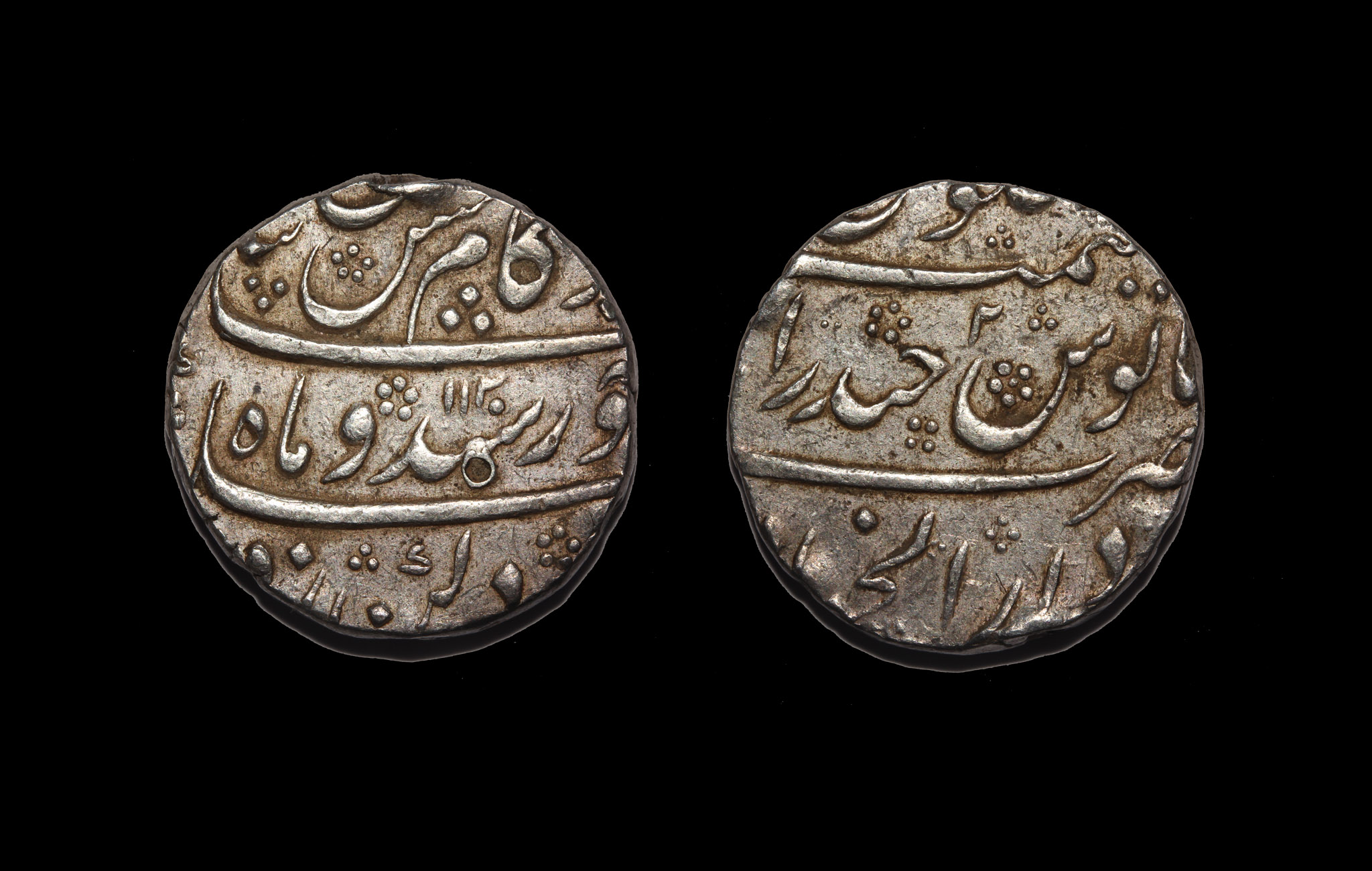 Towards Ahmednagar, Azam had proclaimed himself emperor while on the other hand, the youngest, Kam Baksh, had conquered regions such as Gulbarga and Hyderabad declaring himself the sovereign.

This coin was issued by Kam Baksh at the Hyderabad Dar ul-Jihad Mint in the year AH 1120, i.e. around 1707-1708 CE. Since he ruled for such a short time, his coins are considered extremely valuable and rare. He is revered as ‘Din – e – Panah’ (refuge of the creed) in the couplet inscribed on the obverse. The couplet reads as follows: ‘Struck coins in the Dakkan (Deccan) on the sun and moon, the emperor Kam Baksh, refuge of the faith’.