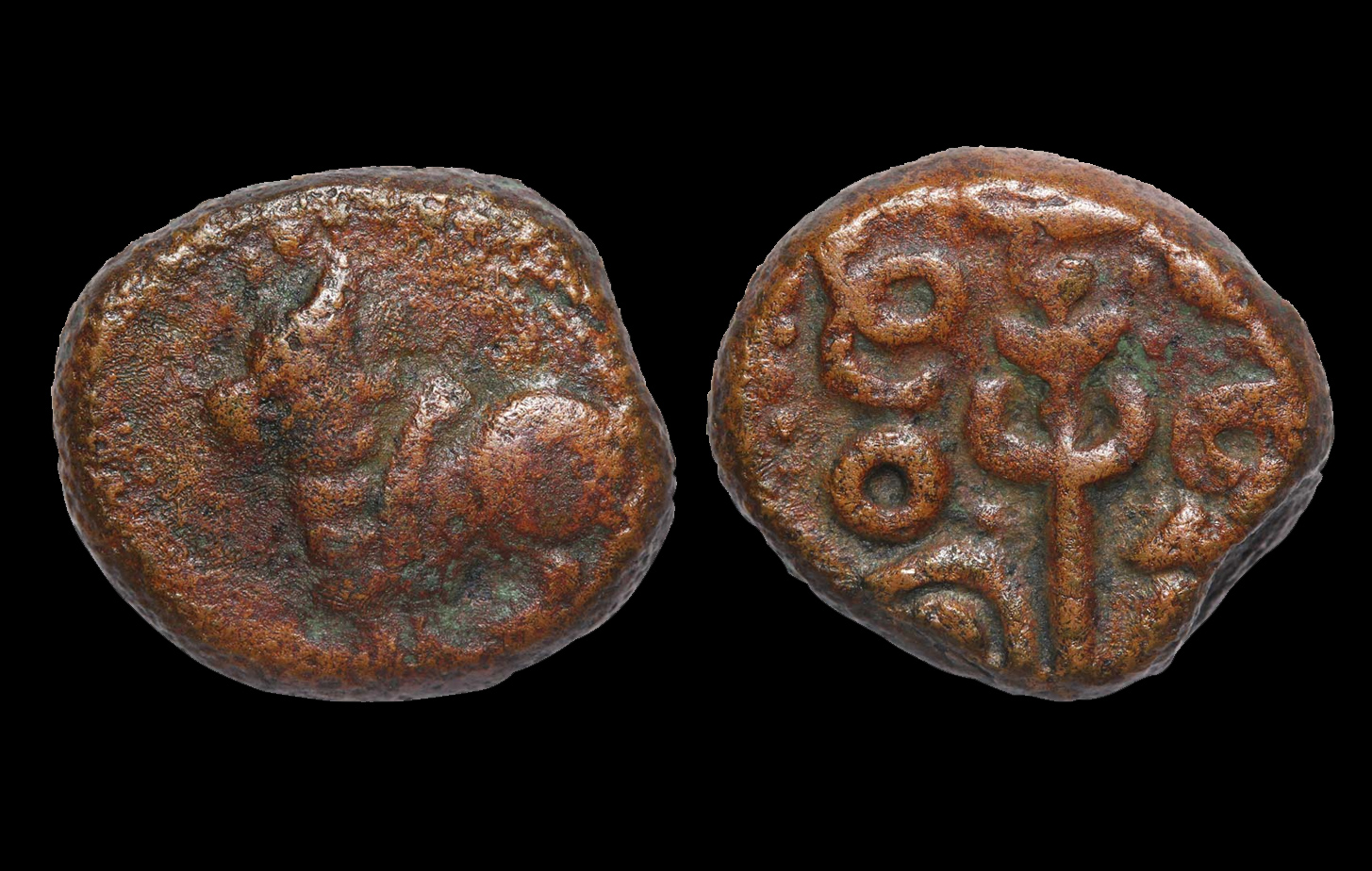 This is a copper coin issued by Krishnadevaraya of the Vijayanagara Empire – the third ruler of the Tuluva dynasty that ruled the region in the early 16th century. On the obverse of the coin is the image of a bull, an animal that symbolised strength and virility and a common motif in the coins of this time. On the reverse is the central motif of a conventional sword, flanked by an inscriptionin Kannada naming the issuing authority: “Shri Krishna Raya” .