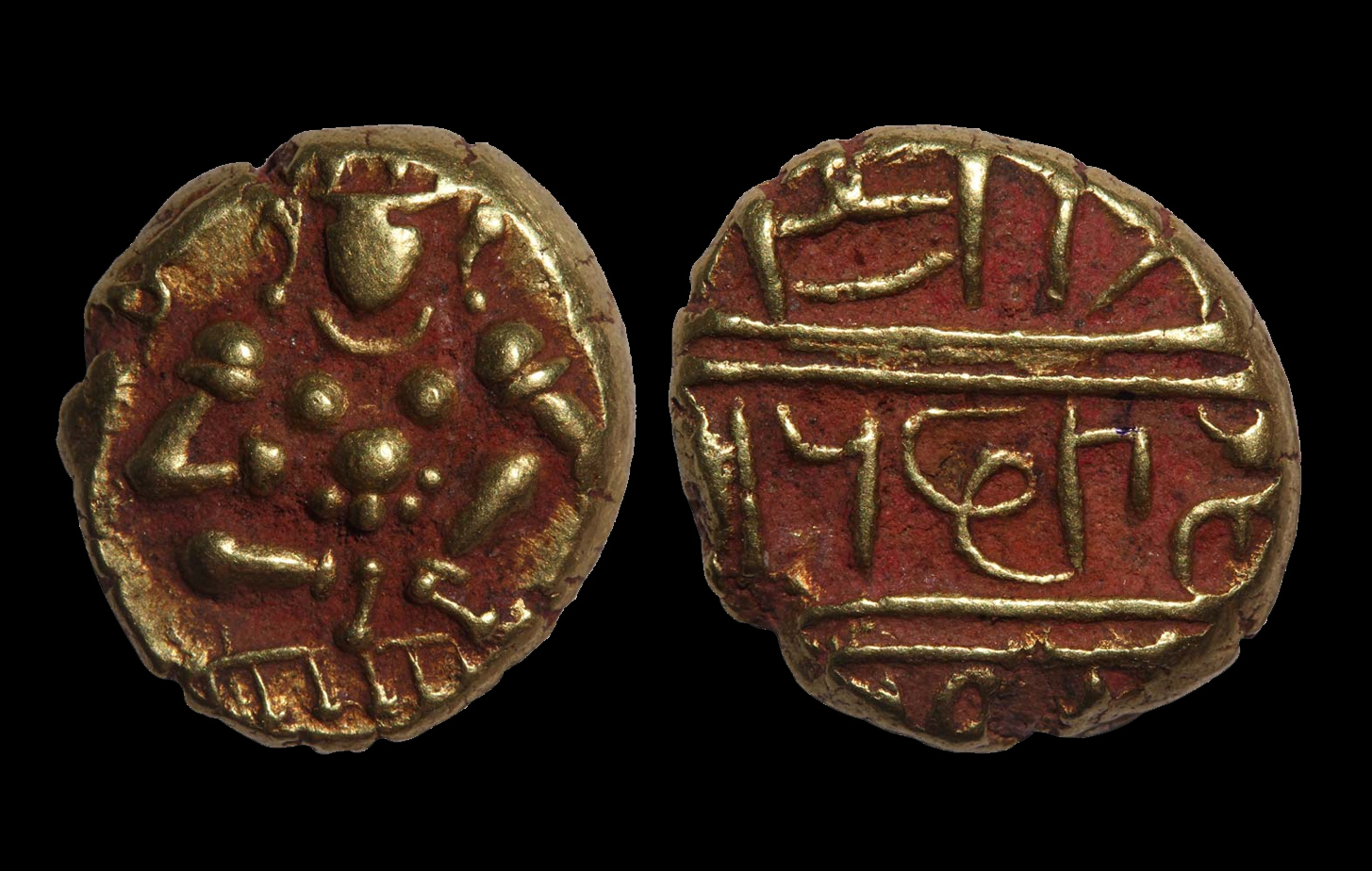 This should give you an idea of how powerful the Vijayanagara dynasty was: they changed the entire currency system in south India. It was the ruler Hari Hara II who impressed upon the administration the importance of collecting state revenue in currency instead of in kind. This led to the mass production of coins in gold, copper, very rarely, silver. Religious symbols were popular motifs, favouring Shiva and Vishnu. Legends were stated in Kannada or Nagari, and during the twilight years of the empire, in Telugu.

The Vijayanagara empire came into existence around 1336 AD, founded by Hakka and Bukka, who were (according to some sources) two revenue officials serving under Kakatiya rulers. The empire spanned three centuries and produced four dynasties: Sangama, Saluva, Tuluva and Aravidu. Krishnadevaraya, considered to be one of the greatest of the Vijayanagara kings, belonged to the Tuluva dynasty. He restored peace, rearranged the administration and commanded the allegiance of previously independent kingdoms. When he visited the Tirupati temple to perform the kanakabhishekam (a sacred ritual where an idol is showered with gold), he minted special gold coins just for the occasion.

On the front of this coin, you can see the lord Balakrishna seated in the regal Lalitasana pose. The reverse features the name of the king in Nagari—it reads, Shri Pratapa Krishnaraya’

The king is seated with folded legs