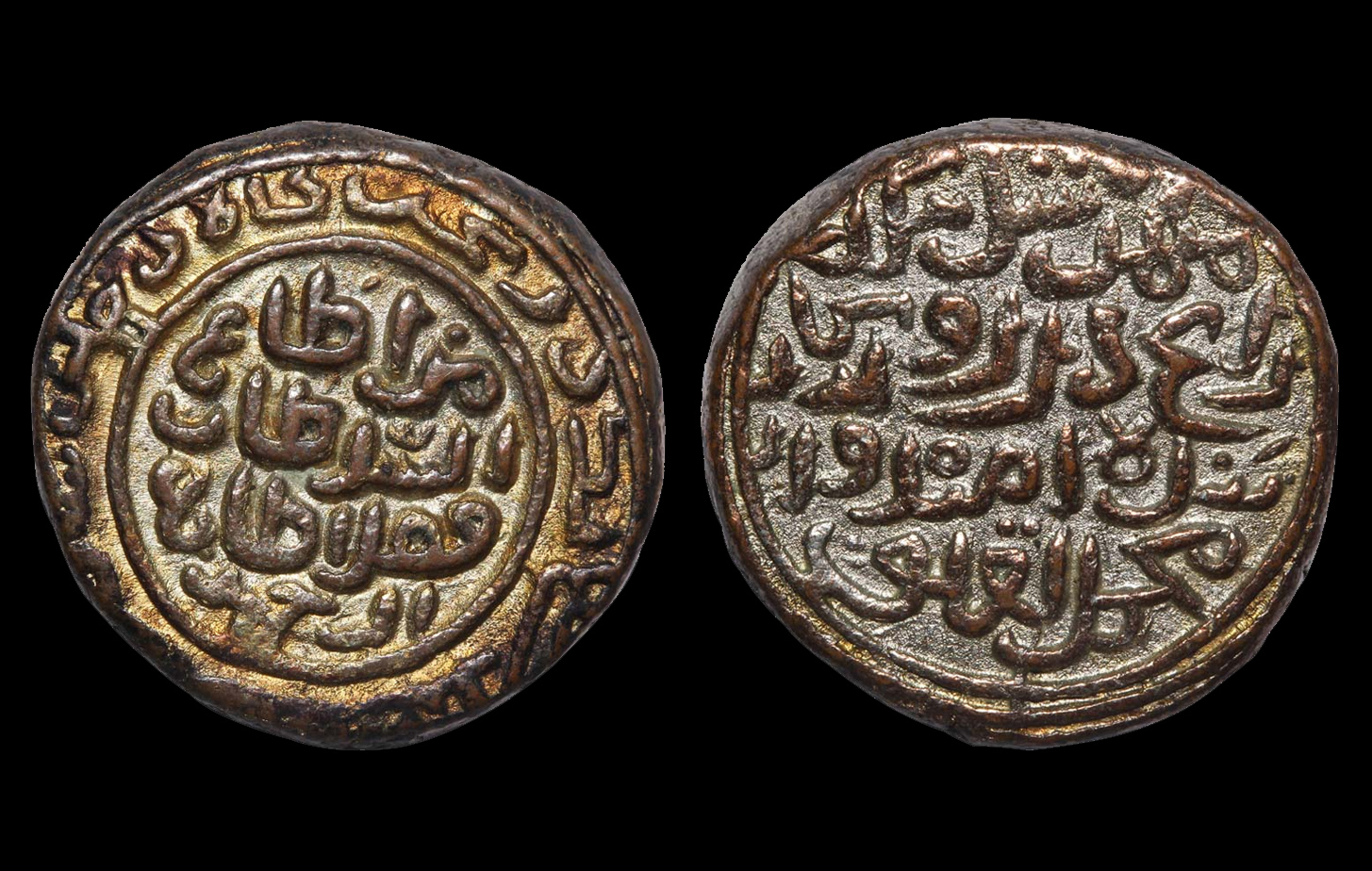 Muhammad Bin Tughlaq introduced copper currency when there was a shortage of gold and silver. He well understood the importance of token currency, and therefore appointed a minister to ensure no counterfeiting took place. However, this scheme proved problematic as the coins bore no royal seals and only inscriptions of new coin usage. Copper currency was wiped out by 1334, when the world-renowned traveller Ibn Battuta came to the Sultanate. The inscription on the obverse translates to, ‘Struck as a current tanka in the time of the servant hopeful of Divine Mercy Muhammad Tughlaq’. On the reverse, ‘he who obeys the sovereign truly, he obeys the merciful one’ and in the margin the mint name: Takhtgah