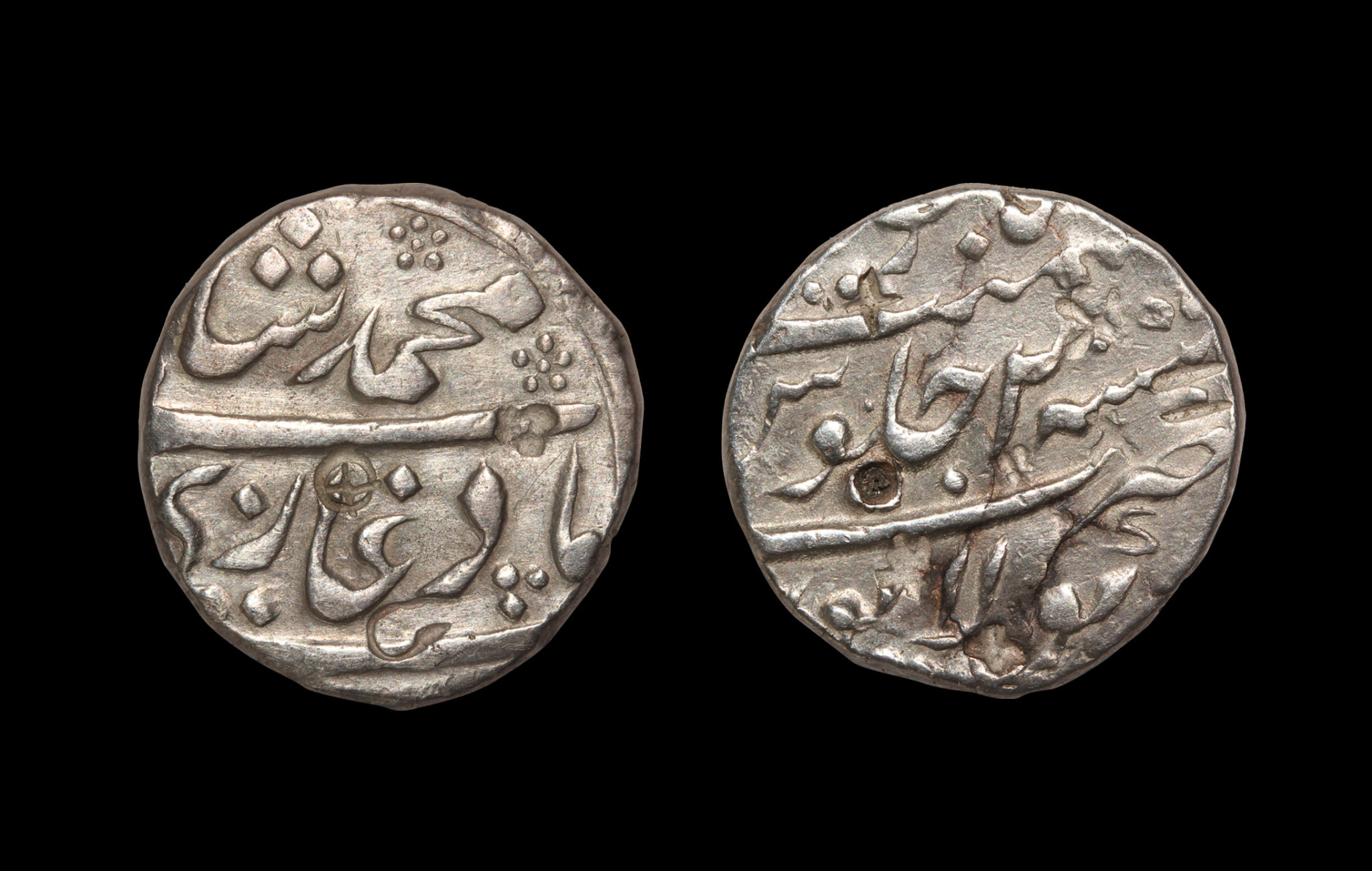 In the years following Aurangzeb’s death in 1707, the lustre of the Mughal empire began to dull. Territories shrunk as three emperors came and went, dispatched speedily by enemies and influential noblemen. But even in these uncertain times, one managed stay on and reign for 29 years. Roshan Akhtar Muhammad Shah, popularly known as Rangeela, ‘the colourful one’, was crowned at the age of 17 by the Sayyid brothers.

While Muhammad Shah was king from 1719 to 1748, he didn’t concern himself with making necessary military reforms or bolstering the administration during this time, preferring instead to play the role of patron of arts. He earned the moniker of Rangeela for the way he dressed, in flowing peshwaz or tunics usually worn by women and pretty pearl-studded shoes. Under his patronage, theologians and mystics like Mir Taqi Mir and Khwaja Mir Dard and master painters like Nidha Mal and Chitraman flourished.

It has been remarked by scholars that under Rangeela, ‘Delhi’s poets and painters increased in fame as quickly as the military diminished’. As a result, the city’s cultural and intellectual stature was elevated but its flanks were exposed allowing Nadir Shah to invade and loot Delhi in 1739, murdering thousands in his wake. This effectively devastated the already-weakening empire.