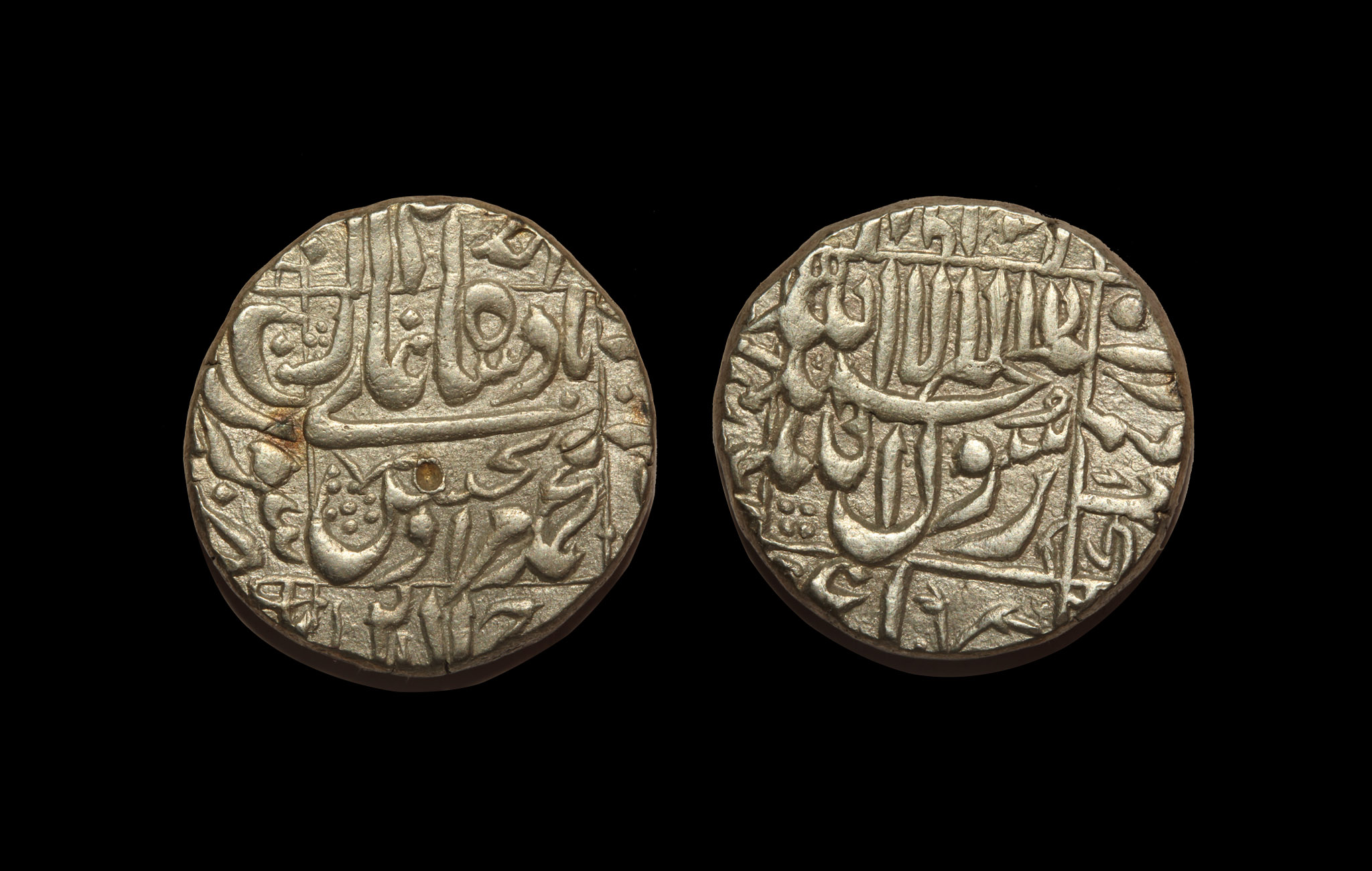 The coin was minted in surat and is a ‘kalima’ type. It reads “kalima shahada” inscribed around the name of four Khalifas (Caliphs) which are inscribed inside the square, on the obverse. It reads “muhammad murad baksh badshah ghazi” on the reverse.

Murad Bakhsh was the youngest son of Mughal Emperor Shah Jahan and Mumtaz Mahal. He was born in the year 1624 and was favoured by the Emperor initially. In the year 1642, he was appointed as Subedar of Multan. His relationship with Shah Jahan deteriorated in 1646 when he left for an expedition to Agra. A permanent rift was created between the Emperor and him thereafter, resulting in his expulsion from the Mughal court. However, he retained the position of the Governor of Gujarat. During the war of succession in 1657, Murad Bakhsh declared himself as the Emperor at Ahmadabad and minted coins in Surat in his name. He was later defeated by Aurangzeb who became the Mughal Emperor from 1658-1707.

Murad Bakhsh issued coins in all three metals: gold, silver, and copper. In silver, he issued denominations like Quarter Rupee, Half-Rupee, and Rupee. Rupees issued by him weigh around 5.7g and 11.4g. The coin is silver and struck inside a circle. Two vertical and horizontal lines go across the circle in order to form a square; the inscription on both obverse and reverse appears both on the inside and the outside of the square.