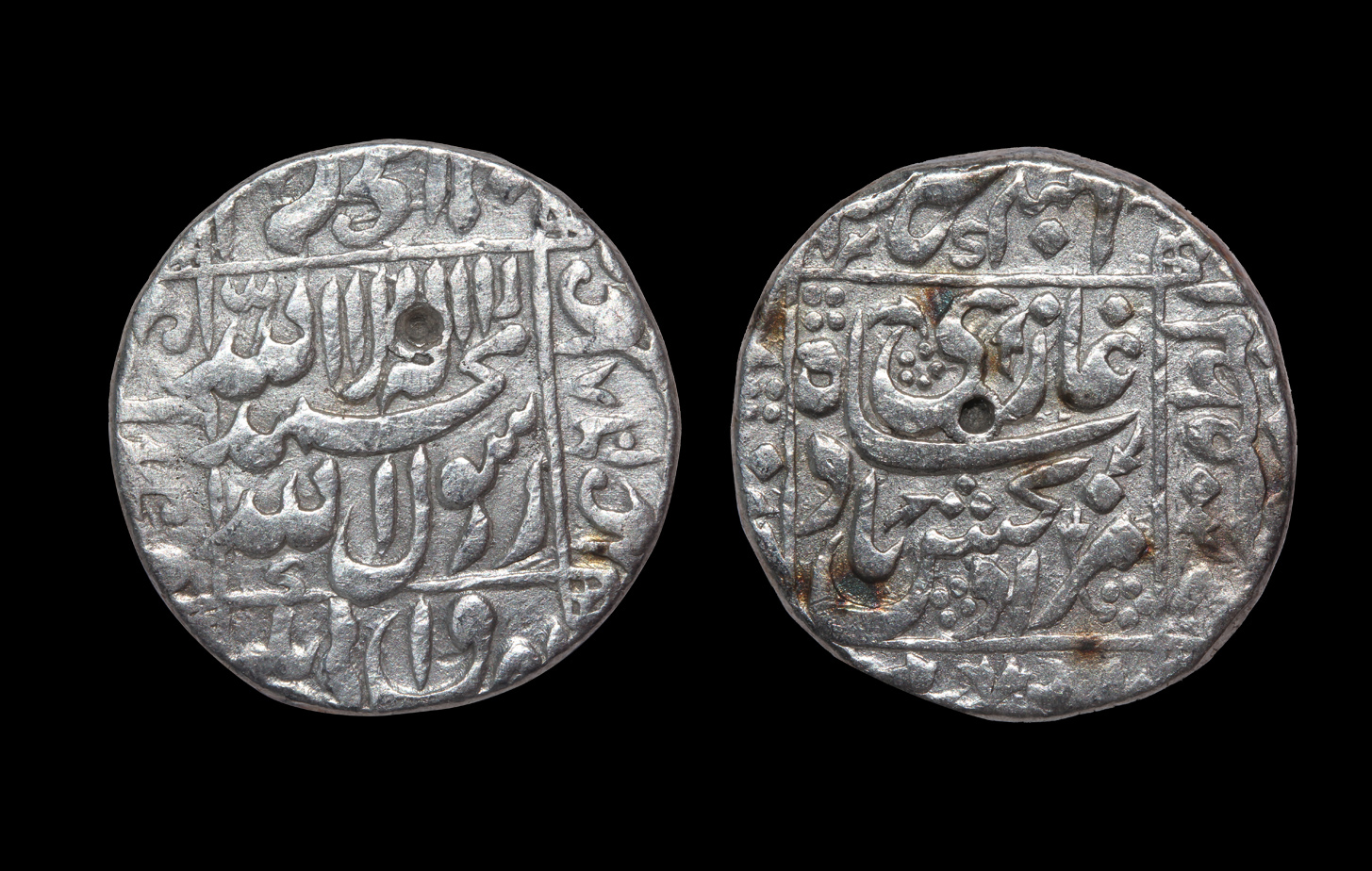 Murad Bakhsh (1624-1661) was the youngest son of Shah Jahan. He was very successful in the initial stages of the Balkh-Badakhshan campaign of 1646, but when he left the expedition to return to Agra, it created a permanent rift between him and his father and resulted in his expulsion from the Mughal court. Later, Murad was appointed governor of Gujarat and retained that office till the outbreak of the war of succession in 1657. After the death of Shah Jahan, he plundered Surat, proclaimed himself the ruler of Gujarat and minted coins under his name.