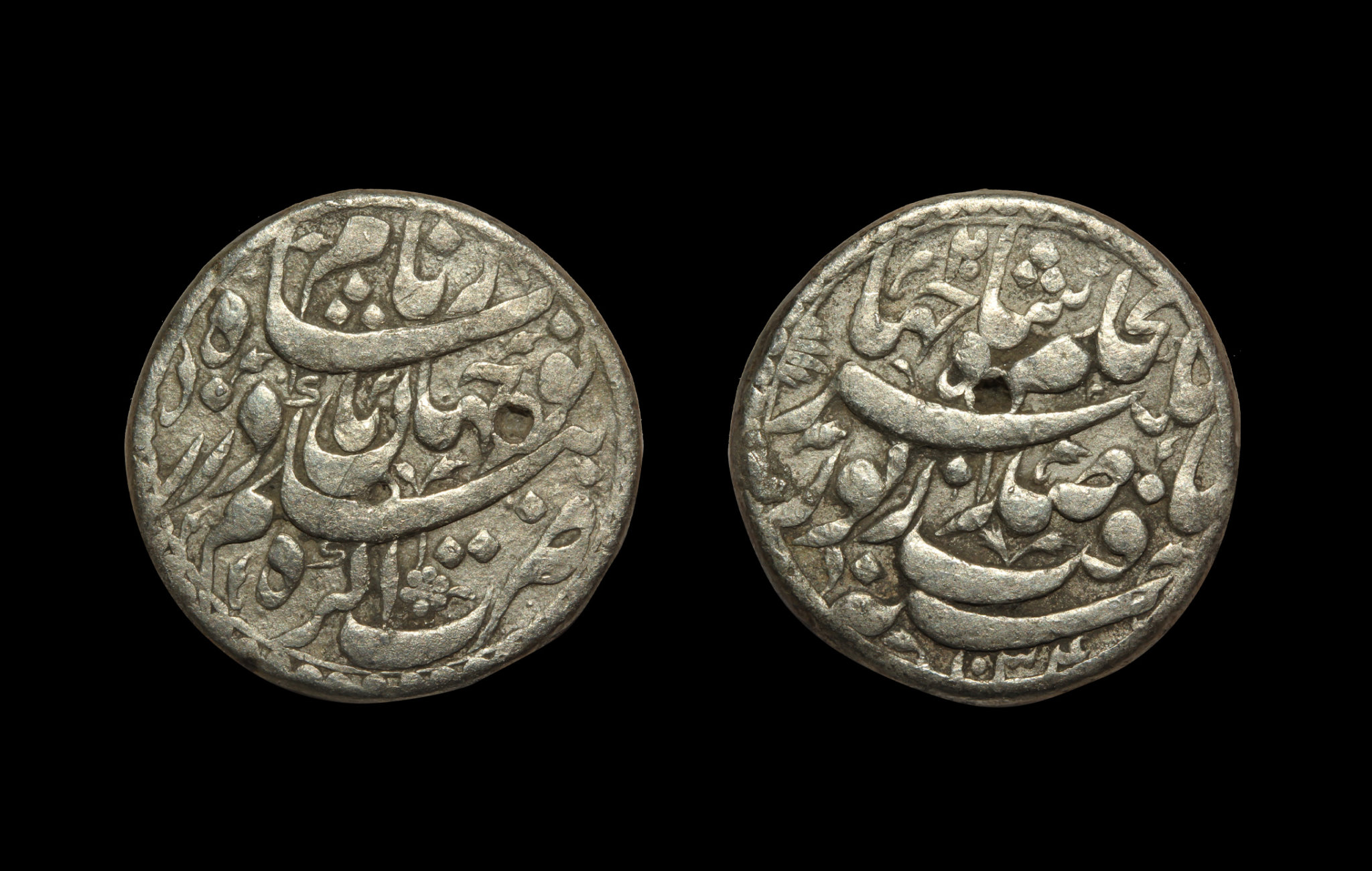 This coin is symbolic of both the power and the precariousness of a queen’s role in an empire of men. Nur Jahan was the twentieth wife of Jahangir and especially favoured by the emperor. This placed her a unique position for a woman of her time and she used it to influence Mughal politics and administration.

Travel accounts of the time state that during the waning years of Jahangir’s reign, NurJahan effectively ran the show. And issued coins like this silver rupee; she is the only Mughal queen to strike coins carrying her name and from no less than the seat of power, Agra. But Nur Jahan’s mandate was derived from her husband, and after Jahangir’s death in 1627, her position became shaky at first and then, downright dangerous. She did put up a fight by crowning her youngest stepson Shahryar Mirza, but another stepson far less sympathetic to her cause, ShahJahan, killed him and took the throne.

Nur Jahan was exiled and she drew her last breath in Lahore, far away from the scene of her glory. To drive home the point, after his ascension Shah Jahan made it a capital punishment to exchange coins struck by Nur Jahan. He ordered them to be returned to the mint and melted down; those that escaped the melting pot were deliberately disfigured removing references of the empress’s name. Making this coin from our collection quite rare.