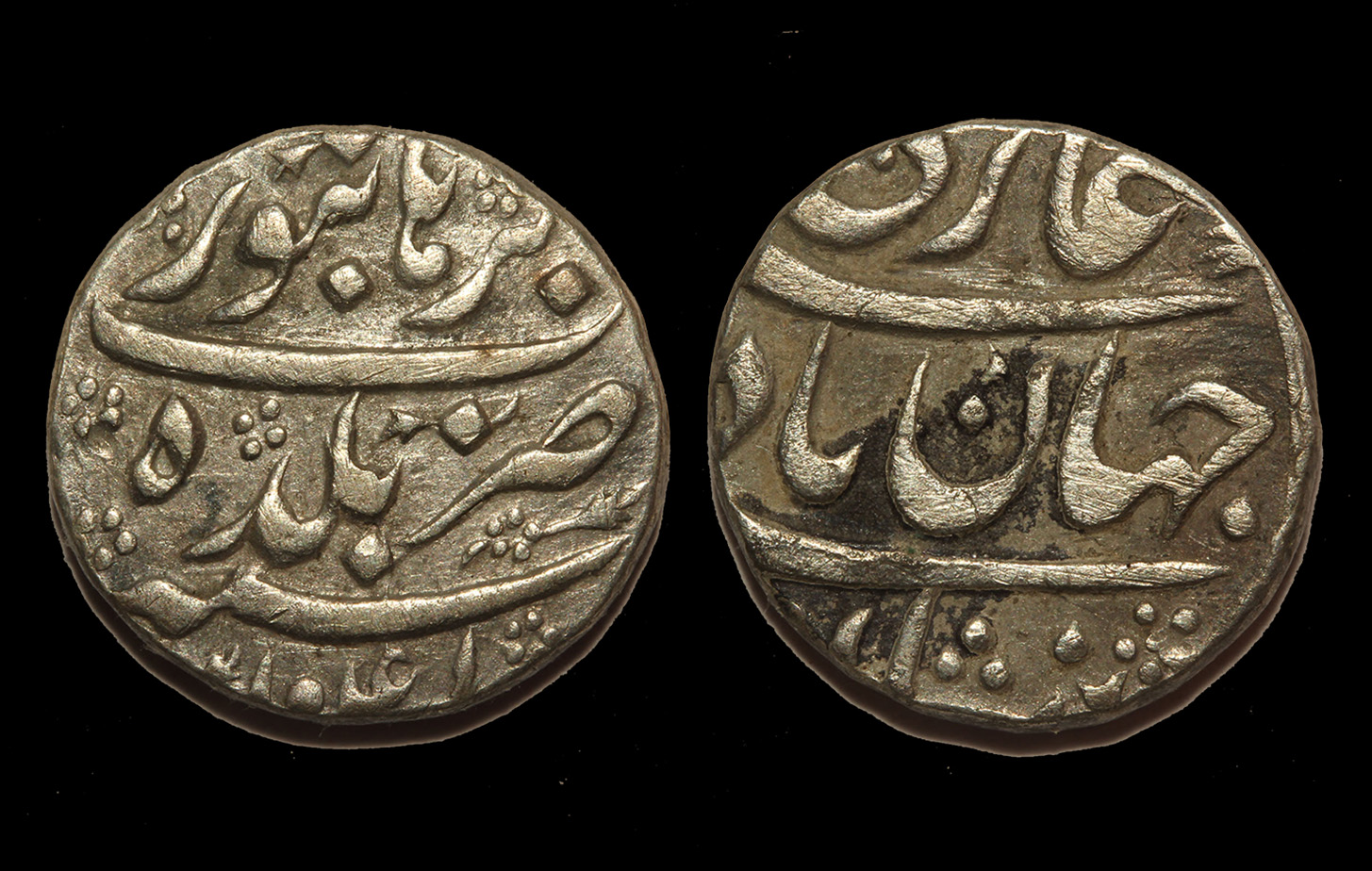 Nisar coins are named for their main purpose, ie scattering into the crowd by royalty. They were deployed for occasions that demanded ceremonial generosity, like at investitures, weddings or grand entrances. These coins were particularly lightweight. In addition to the regular gold, silver and copper coins, Shah Jahan released unique silver Nisar coins to present to his personal favourites and other notable figures. Technically, a Nisar is closer to a medallion rather than a coin. This Nisar was issued by Shah Jahan and minted in Burhanpur in present-day Madhya Pradesh.

Listen to a Sarmaya Talk by Paul Abraham on Mughal emperors and their coins here. Read our guide to Mughal coins here.