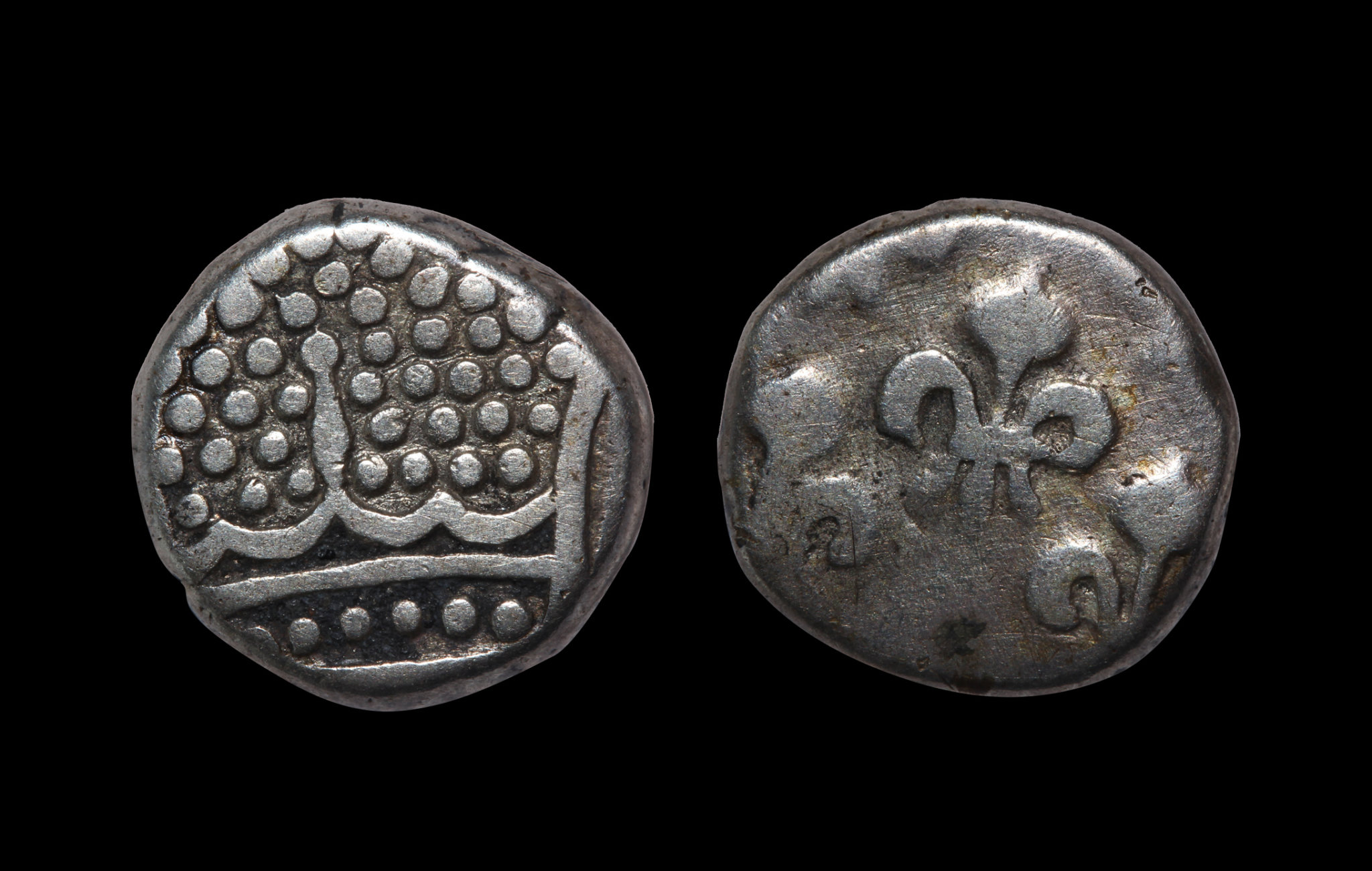 The French period in Pondicherry began in 1673 with the establishment of the French Trading Centre. From then on Pondicherry became the chief Indian settlement for the French, who stayed here for 138 years. It was captured by the Dutch and British for short periods of time, but the French always took it back. As the imperial ambition grew from economic to political, minor battles ensued between the French and the British starting 1742. In fact, even when the British consolidated power in the majority of India, the French retained control of Pondicherry.

Once India became independent, an election was held in French colonies and this resulted in all of them merging one by one with the Indian Union; in 1954, Pondicherry as well as three other enclaves, were transferred de facto to the Union. However, the de jure or legal transfer of these colonies did not take place till 16th August 1962, fifteen years after Independence.

The coin represents a mingling of cultures. Indo-French coins were struck in gold pagodas and silver fanams aka fanon—26 fanons could be exchanged for 1 gold pagoda. To encourage trade with Indian businessmen, the French used local designs on their coins. Indo-French coins usually carried the heraldic fleur-de-lis, three lily petals tied together, representative of the Catholic nation of France.