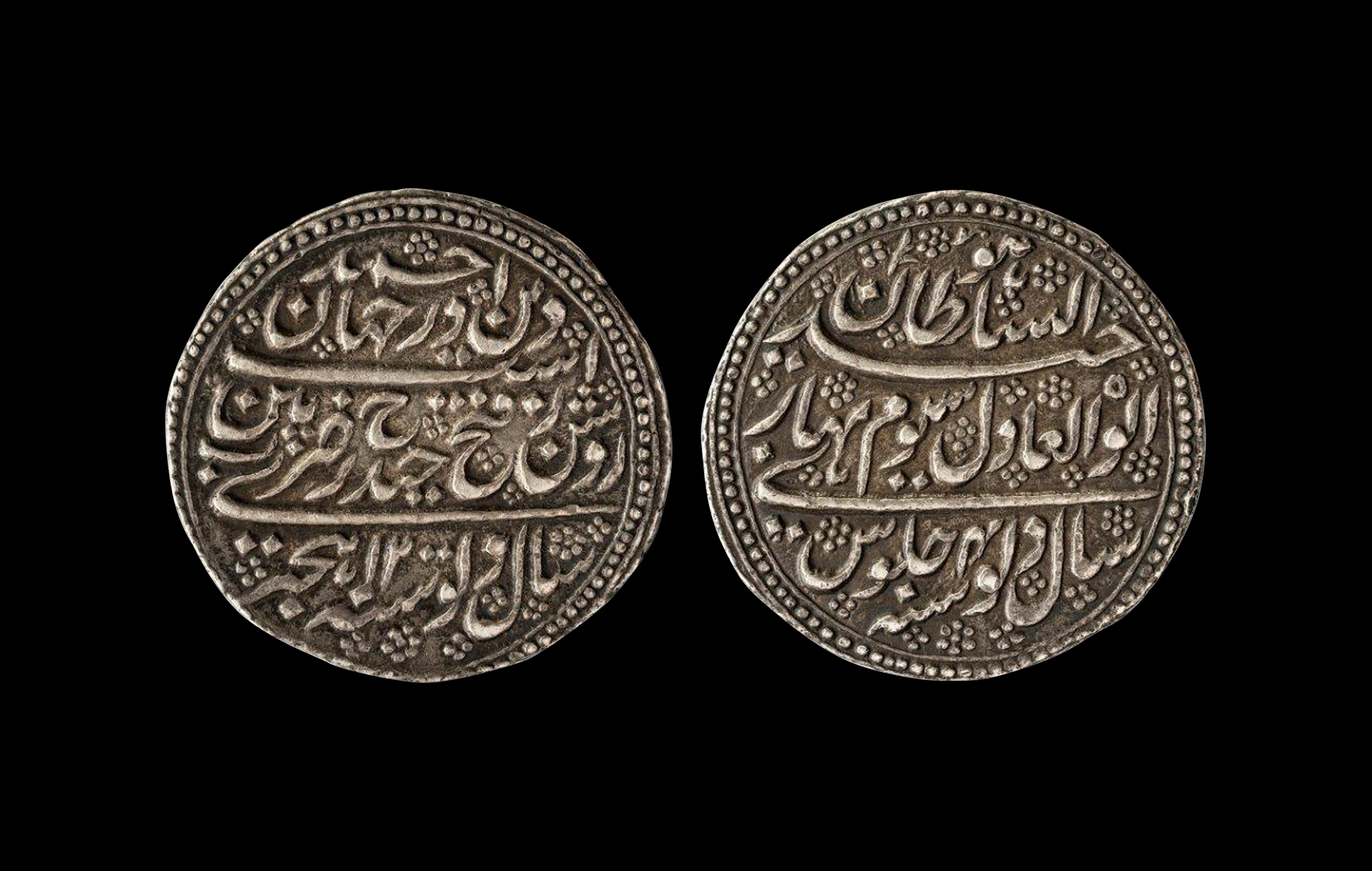 Tipu Sultan ascended the throne of Mysore on 4th May 1783. He is recognized for his military prowess, administrative skills, and battle against the British during the Anglo-Mysore Wars.

Tipu Sultan issued gold, silver, and copper coins during his reign, with each denomination having its unique title. He called his rupee ‘Imami’ after the twelve Imams and his double rupee ‘Haidari’, which comes from Haidar, the surname of the first Imam.