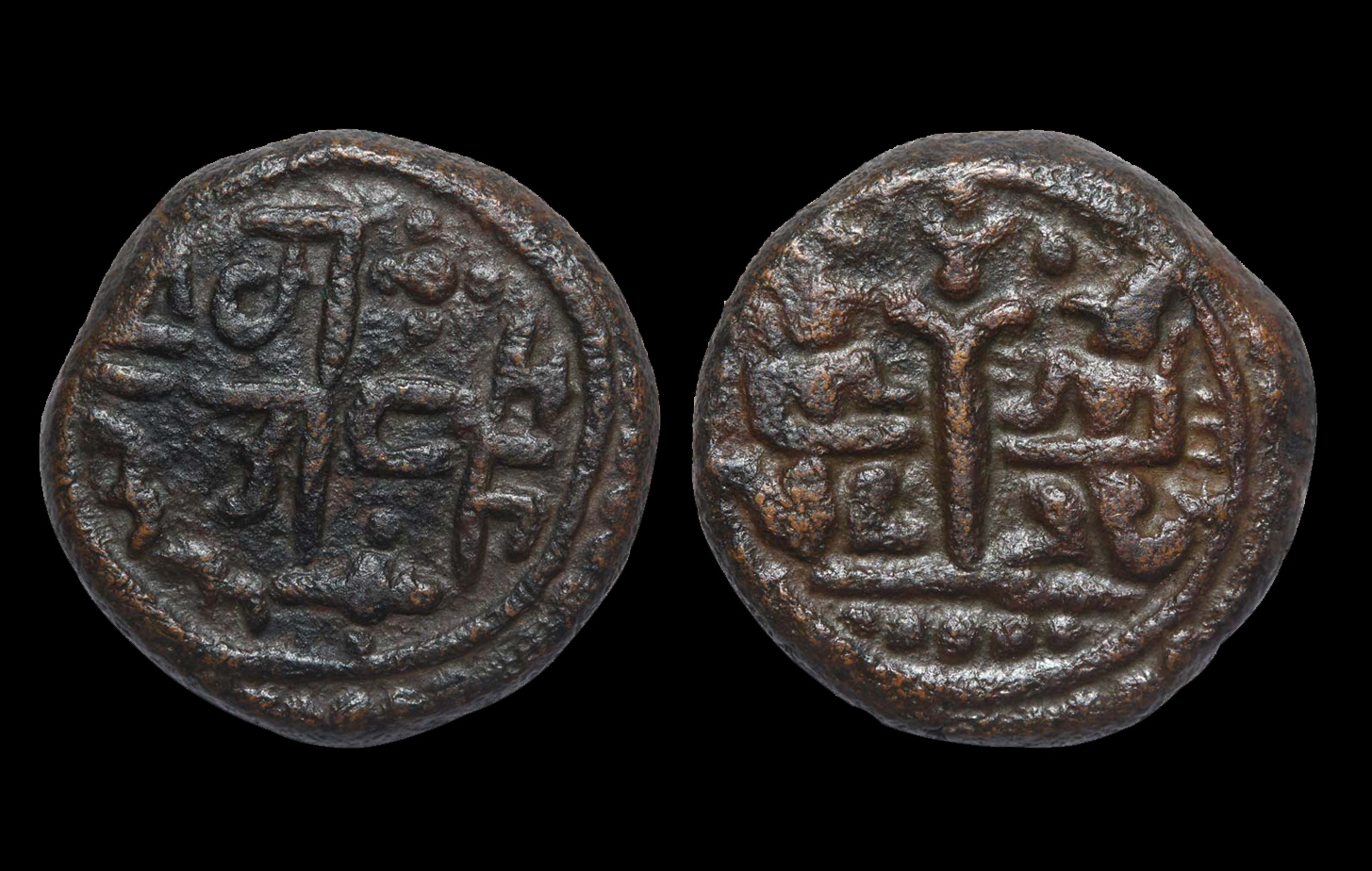 This is a rare copper coin with the denomination of jital issued under the reign of Tirumalaraya of the Vijayanagara Empire. He was the first king of the Empire from the Aravidu dynasty and this coin is of immense historical value. On the obverse side the coin features the official emblem of the Empire featuring two Garuda-type figures on either side of a “dhvaja” (pole/standard) in the gesture of holding the pole upright.