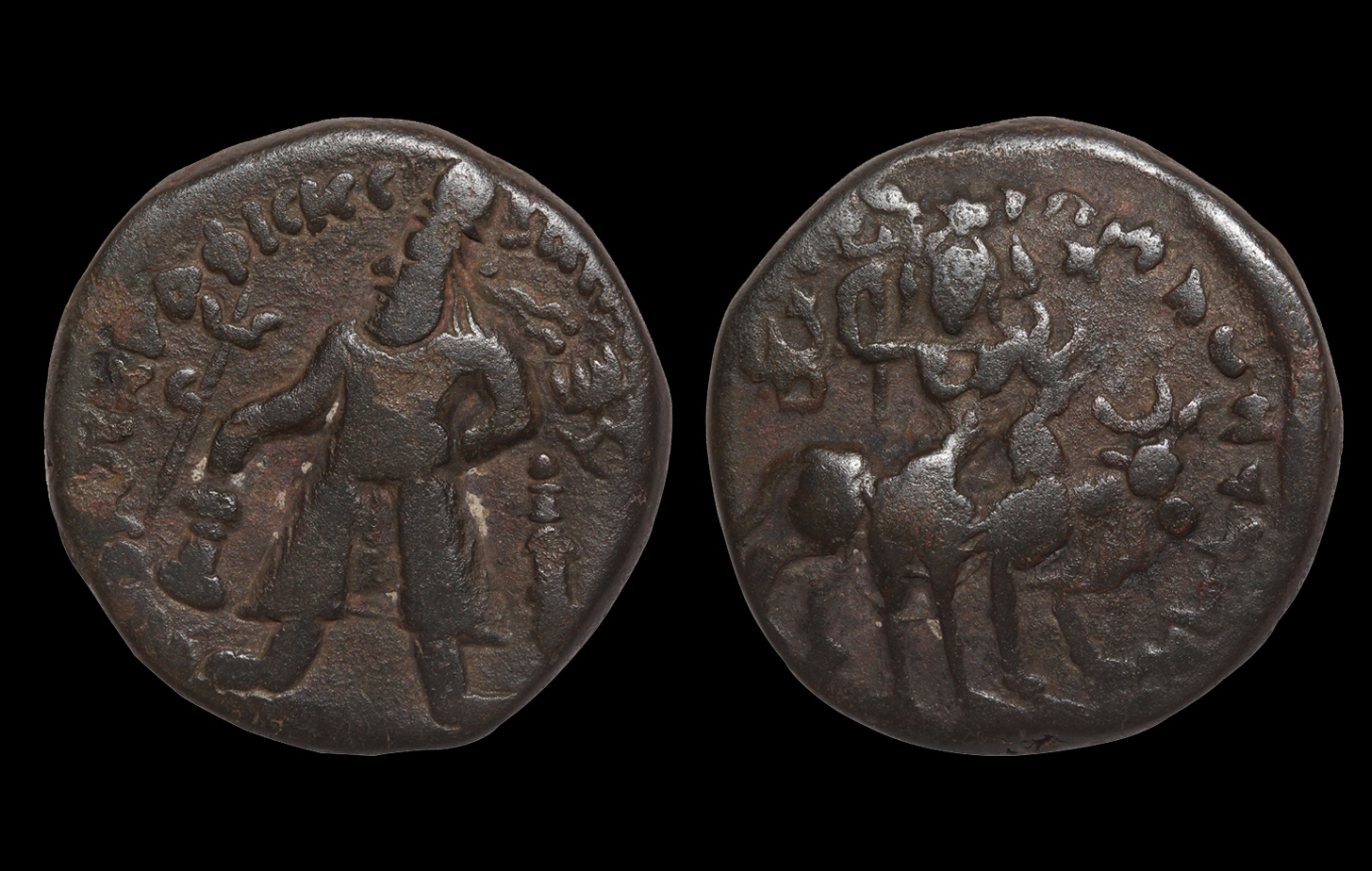 The Kushanas or Kouei Shuang were the descendants of the ancient Central Asiatic clan of Yueh-chi. They ruled parts of the Bactrian region (Afghanistan and Tajikistan) in the early 1st Century CE. What makes this coin special is that it shows the syncretic spirit of this empire and offers evidence of the king’s assimilation with the cultures of his subjects. Vima Khadphises was a devotee of Shiva and the Khadphises group of coins feature bi-scriptalism: the king’s name is inscribed here in Greek as well as Kharoshti. According to historian SR Goyal, Kushana coinage throws light on the state, polity, administration, religious affinity and the trade processes of the empire.

Kushana currency represented deities belonging to Greek, Brahmanical, Buddhist, and the Zoroastrain pantheons. These coins have been excavated from the North-west Frontier Province, Afghanistan and the Punjab regions, which suggests the extent of their power at its peak. Vima Kadphises was the first ruler to issue gold coins extensively, due to the favourable trade conditions between Rome and the Indian subcontinent at the time; influenced by the ancient Roman ‘denarius’ coins, Kushana gold coins were called ‘dinara’.

The front of this particular coin shows the king standing near the sacrificial fire altar with a trident, shaft, and a club with his name inscribed in the Greek script. The reverse shows Shiva standing in front of a bull holding a trident; the tri-ratna symbol is also present above the deity with the name of the king inscribed in the Kharoshti script.