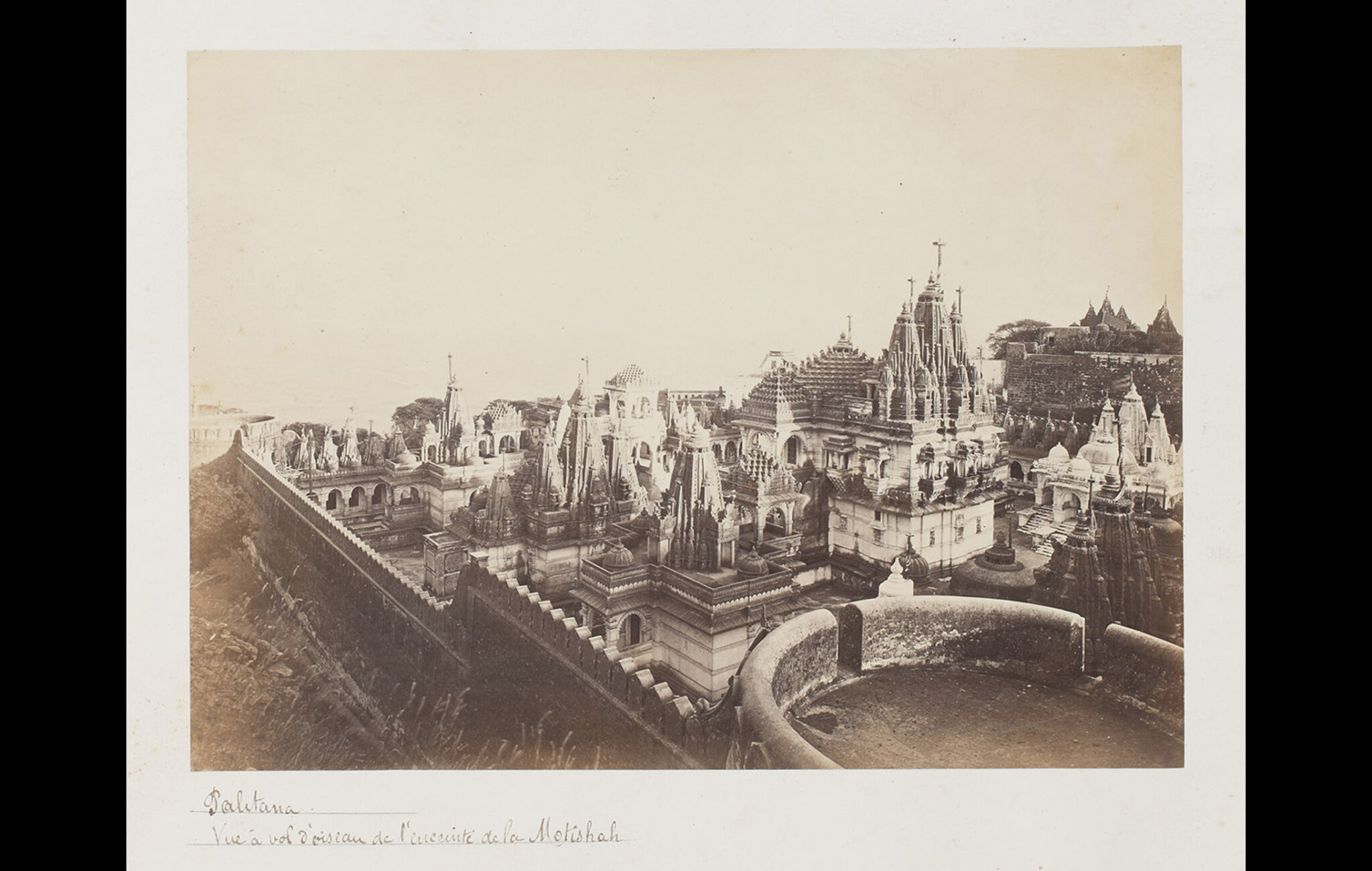 Built on Mount Shatrunjaya in the town of Palitana, these 863 temples receive millions of visitors each year. Of the 24 Tirthankaras in Jainism, 23 have visited this holy site. The first Tirthankara, Adinath is believed to have preached his first sermon here.

The town was ruled by the Gohil family who have ruled parts of Saurashtra starting in the 12th Century and right up till the princely state was merged into the Union of India in 1947. The Jain temples are dedicated to the religious icon Rushabnath, another name for the first of the Tirthankaras. The building of these temples was estimated to have taken over 900 years, and the construction took place over two phases.

The oldest temples, dating from the 11th and 12th, centuries have inscriptions that document the donations made to the Shatrunjaya temples during the reign of emperor Siddharaja Jayasimha, who ruled from 1092-1142 and was known for his generous patronage of the Jain community.

The image is a part of an album titled ‘Views of South India and Palitana’ by Edmund David Lyon.

A General view of Palitana