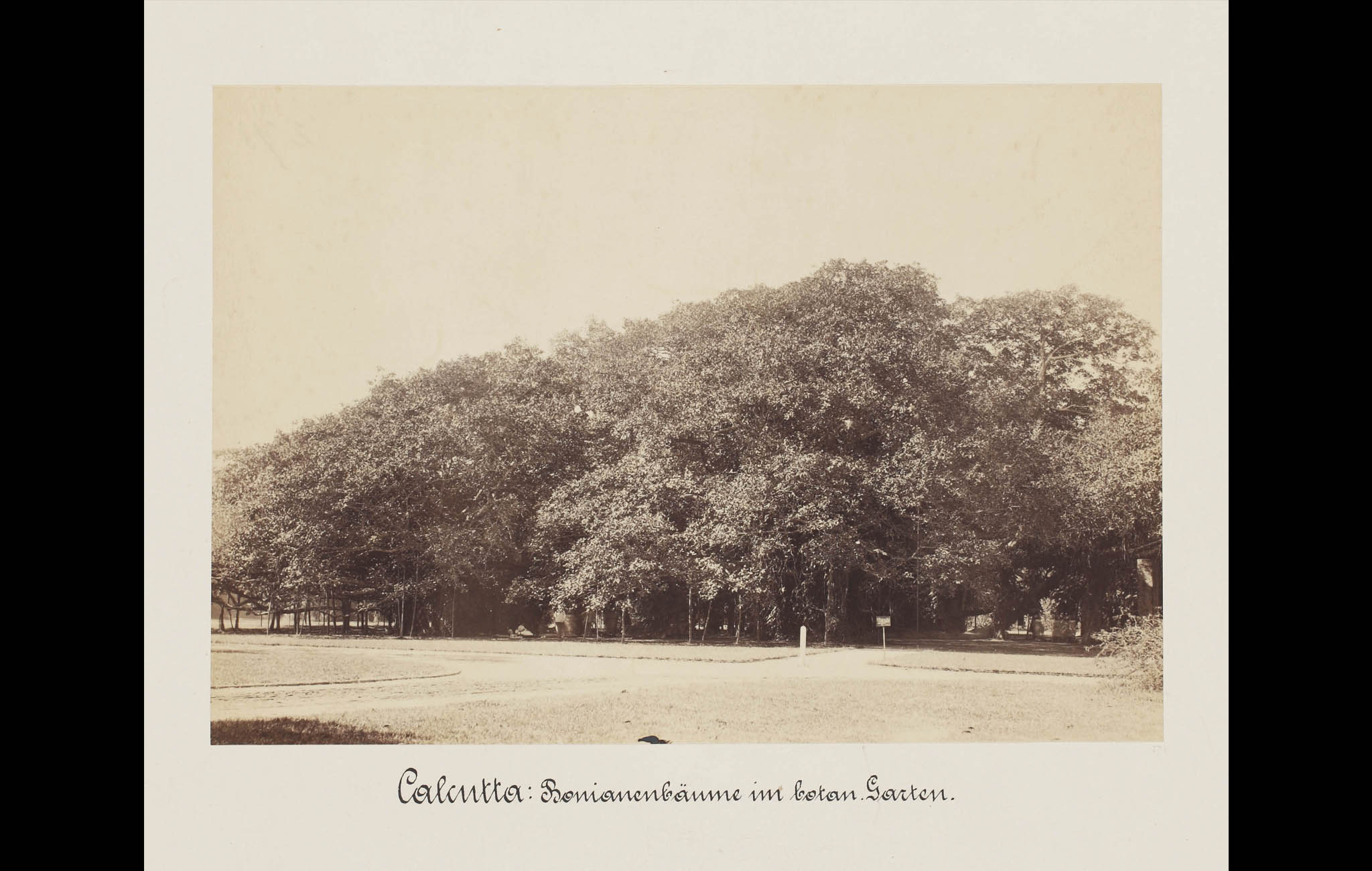 This picture shows a view of the famous vast-spreading Banyan tree at the Botanical Garden, situated on the west bank of the Hooghly river in Calcutta.

The garden was established in 1787 as “Company Bagan” by Colonel Robert Kyd, a horticulture enthusiast, who worked as the secretary of the Military Board at Fort William. Botanist and scientist Joseph Banks, who had been consulted for the Calcutta Botanic Garden, wrote in the 1780s, “A colony such as this, blessed with the advantages of soil, climate, population so eminently above its mother country, seems by nature intended for the purpose of supplying her fabrics with raw materials.” By the 1790s, the garden had 4,000 plants.

In 1793, Dr. William Roxburgh, a surgeon and botanist in Madras, was appointed as the first official superintendent. Roxburgh was the first to catalogue 3,500 plants present in the garden. By the end of 1793, Roxburg was circulating teak seed, Bengal hemp, Virginia tobacco, Carulean Indigo, and Arabian coffee, and exporting plants to England, St. Helena, the West Indies and various parts of the subcontinent. In 1814, his work was published in two volumes by Rev. Dr. William Carey as “Hortus Bengalensis.”

To read more about the Art & Science of Indian Botanicals, click here.