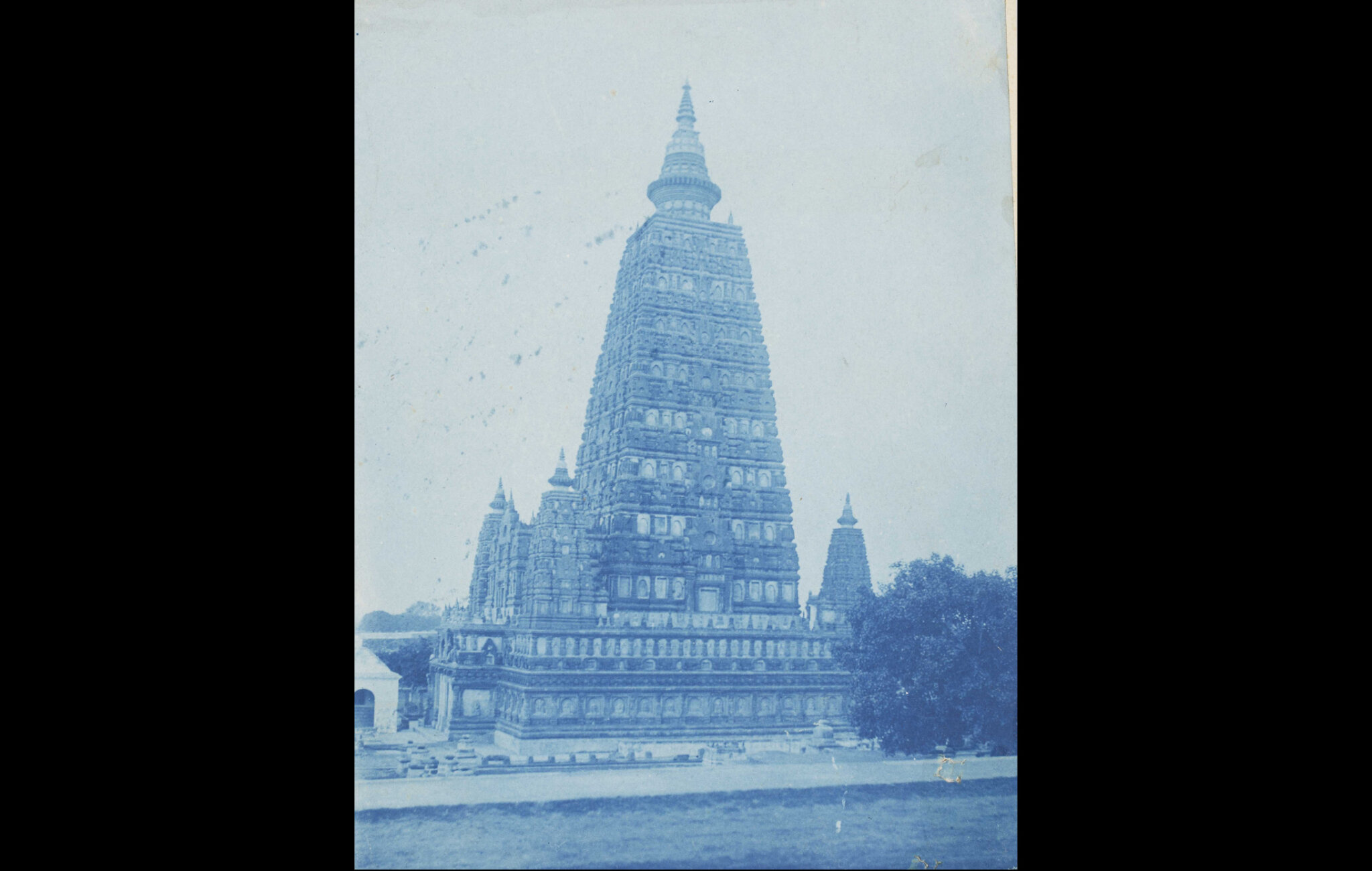 Bodh Gaya is an important Buddhist site, known primarily as the place where Gautama Buddha attained enlightenment. The Buddhist complex at Bodh Gaya has a history of worship that goes back 2300 years. The oldest monumental remains here date back to the Mauryan period, during the reign of Asoka. The first Director-General of the Archaeological Survey of India, Sir Alexander Cunningham, documented that Huien Tsang, the Chinese traveller who visited in the 7th century, knew the temple as Mahabodhi temple. The same name was used to refer to it in the 13th century during the rule of the Pala dynasty. The temple and the complex were excavated and restored in 1861. This photograph documents the Mahabodhi temple after its restoration.

The photographic print seen here is a cyanotype print, identified for its blue tint or colour. It is processed using the iron salts’ light sensitivity and was invented by Sir John Herschel in 1842.