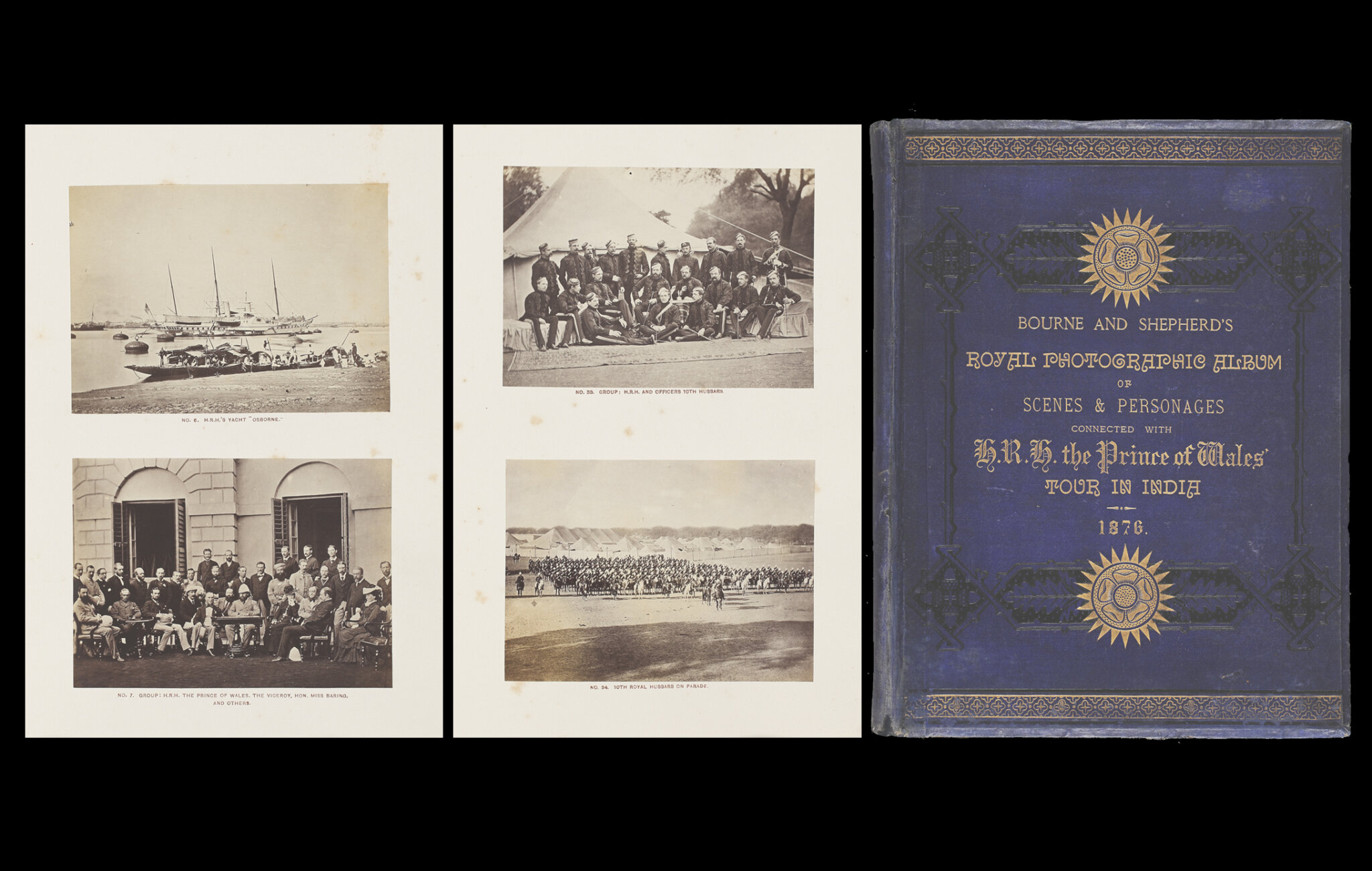 This album documents the extensive tour of the Indian subcontinent undertaken by the Prince of Wales, Edward VII, the eldest son of Queen Victoria. Prince Edward travelled widely across India between November 1875 to May 1876.

Following the revolt of 1857, the British Royals embarked on long tours to establish relations with their colonies and learn more about their cultures and histories. The India tour of 1875 was designed to restore diplomatic ties between several influential chiefs and rulers of the subcontinent and the Crown.

This album contains over 140 photographic prints accompanied by descriptive text and was released by Bourne & Shepherd, then a leading photographic company.

Bourne & Shepherd's Royal Photographic Album of Scenes and Personages: Connected with the Progress of H. R. H. The Prince of Wales Tour in India 1876