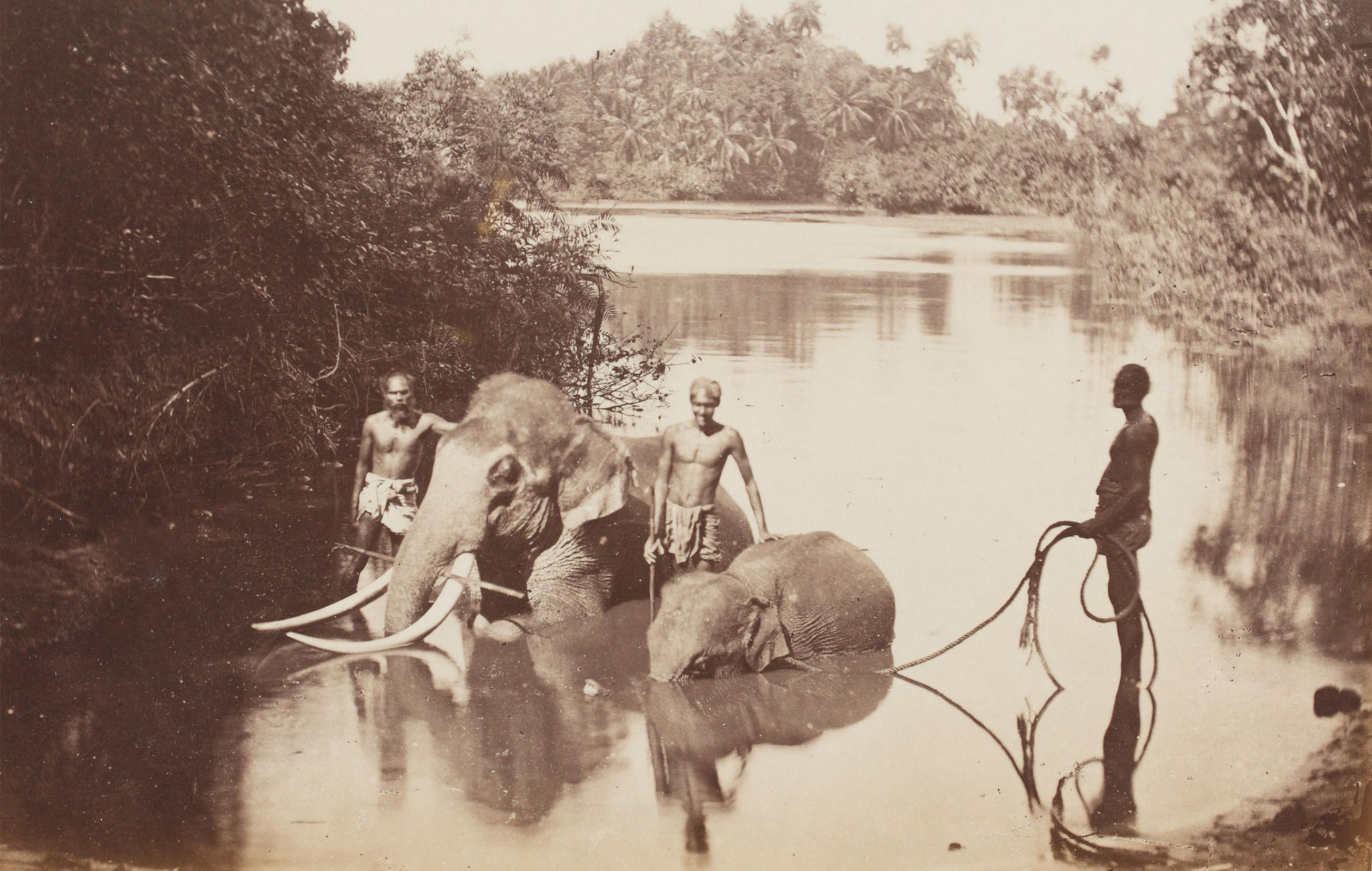 This undated photograph from Sri Lanka was taken by photographer WLH Skeen’s eponymous studio – a leading photography studio in the country during the colonial-era.

Since the Anuradhapura Kingdom, founded in 377 BCE (and lasting until 1017 CE), and until the Kandyan Kingdom of 1591-1815, Sri Lanka has seen a continual string of monarchies for over 2300 years. This ended when British rule began in Sri Lanka in 1815, following the fall of the Sinhalese king of Kandy.

William Louis Henry Skeen was a late 19th-century photographer active in Ceylon, ie Sri Lanka. A lot of his imagery was focused on the island’s tea and coffee plantations, landscapes and people. Photography was introduced to Sri Lanka in the 1840s, and Skeen set up his studio in Colombo in the 1860s. By the 1870s, WLH Skeen & Co. became Ceylon’s most successful photography company. Their work documenting the construction of the Ceylon Railways between the 1860s and the 1890s is particularly noteworthy.