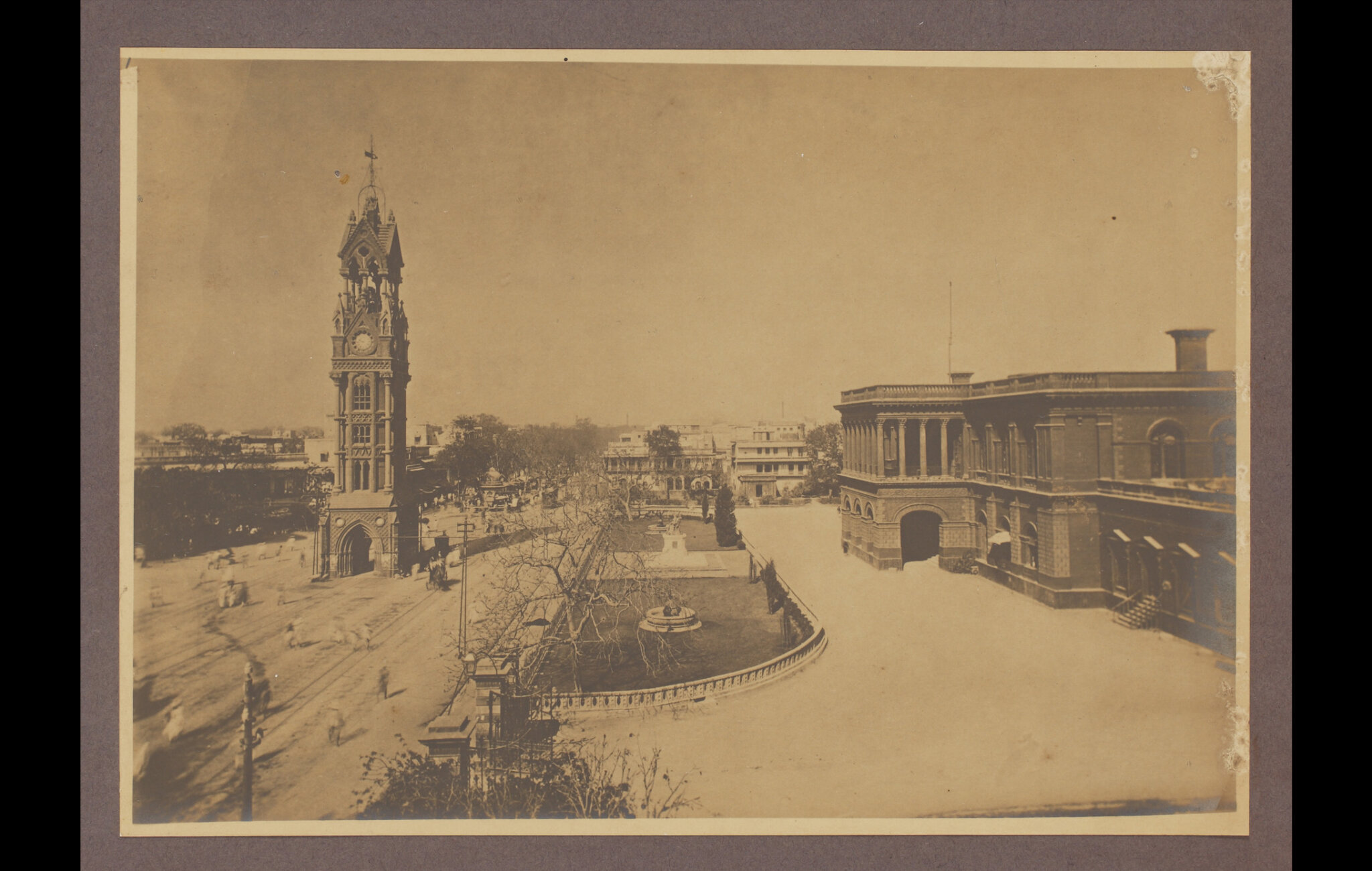 The Town Hall building was built around 1863 and, until the end of the British Raj, it also served as museum, durbar room and library for the European residents. This classic Edwardian structure continued to serve as the seat of Delhi’s Municipal Corporation until 2009, after which it was relocated to a new civic centre. The clock tower seen here was originally named after the Viceroy of India, Thomas Northbrook. Although the 130-foot tower collapsed sometime in the 1950s, the area around it is still called Ghanta Ghar. This photograph is a part of a series that documented the Imperial Durbar of 1911.

This photograph is part of our digital exhibition, Delhi Most Iconic curated by Rana Safvi