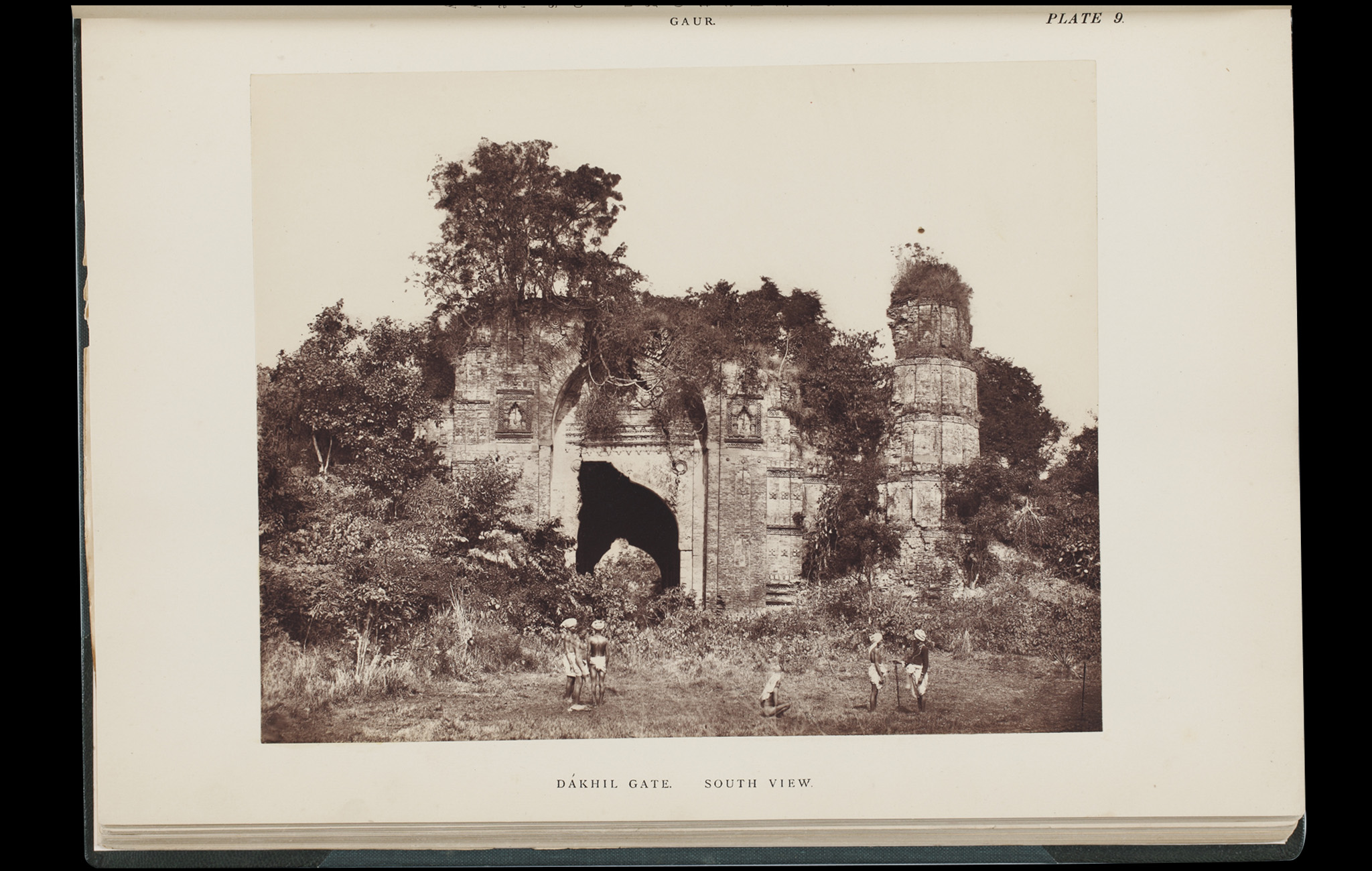 Built of small red bricks and with traces of extravagant ornamentation, the structure in this photograph was once the principal entrance gate to the Fort of Gaur from the north. Estimated to have been constructed in the early 15th century, the gateway is also known as Salami Darwaza, likely because salutes were fired from adjacent ramparts.