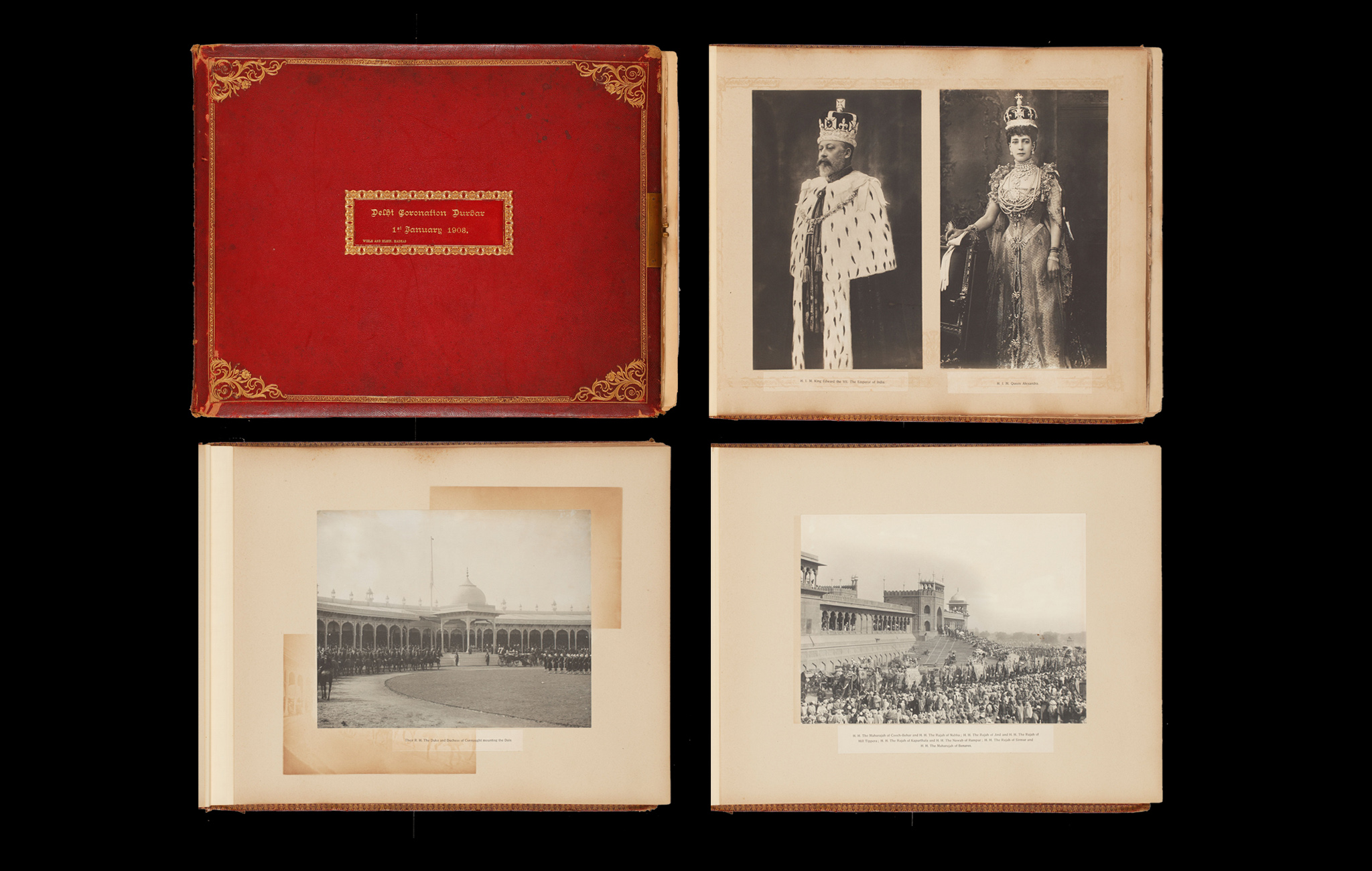 The Delhi Durbar of 1903 was conceived by Lord Curzon to celebrate the succession of Edward VII and Alexandra of Denmark as Emperor and Empress of India.

On 24 January 1901, two days after the death of Queen Victoria, King Edward VII was proclaimed the Emperor of India. King Edward, for many ruling heads of the states in the Indian subcontinent, was remembered as the ‘Prince of Wales’ after his prolonged tour of the country in 1875-1876.

Determined to produce a grand image of British power, Lord Curzon, the Viceroy, desired that the new King attend the Imperial Durbar in Delhi and celebrate his succession in the presence of the chiefs, nobles and the citizens of India. However, with his state duties, the King was unable to leave England and instead deputised his brother, the Duke of Connaught to represent the Royal Family at the Durbar of 1903.

In scale, the Durbar of 1903 was much grander and far-reaching than the previously held Imperial Assemblage by Lord Lytton in 1877. More than fifty Princes and Chiefs of India were personally invited by Lord Curzon to participate in the ceremony. Invitations were also sent to the courts of Burma, Japan, Persia, and other colonies. Delhi was adorned with decorated streets and temporary structures built in Indo-Saracenic style of architecture for the grand occasion.

This album contains a total of 135 photographs by Wiele and Klein of Madras that document official portraits of chiefs and nobles, and various events organised at the Imperial Durbar.