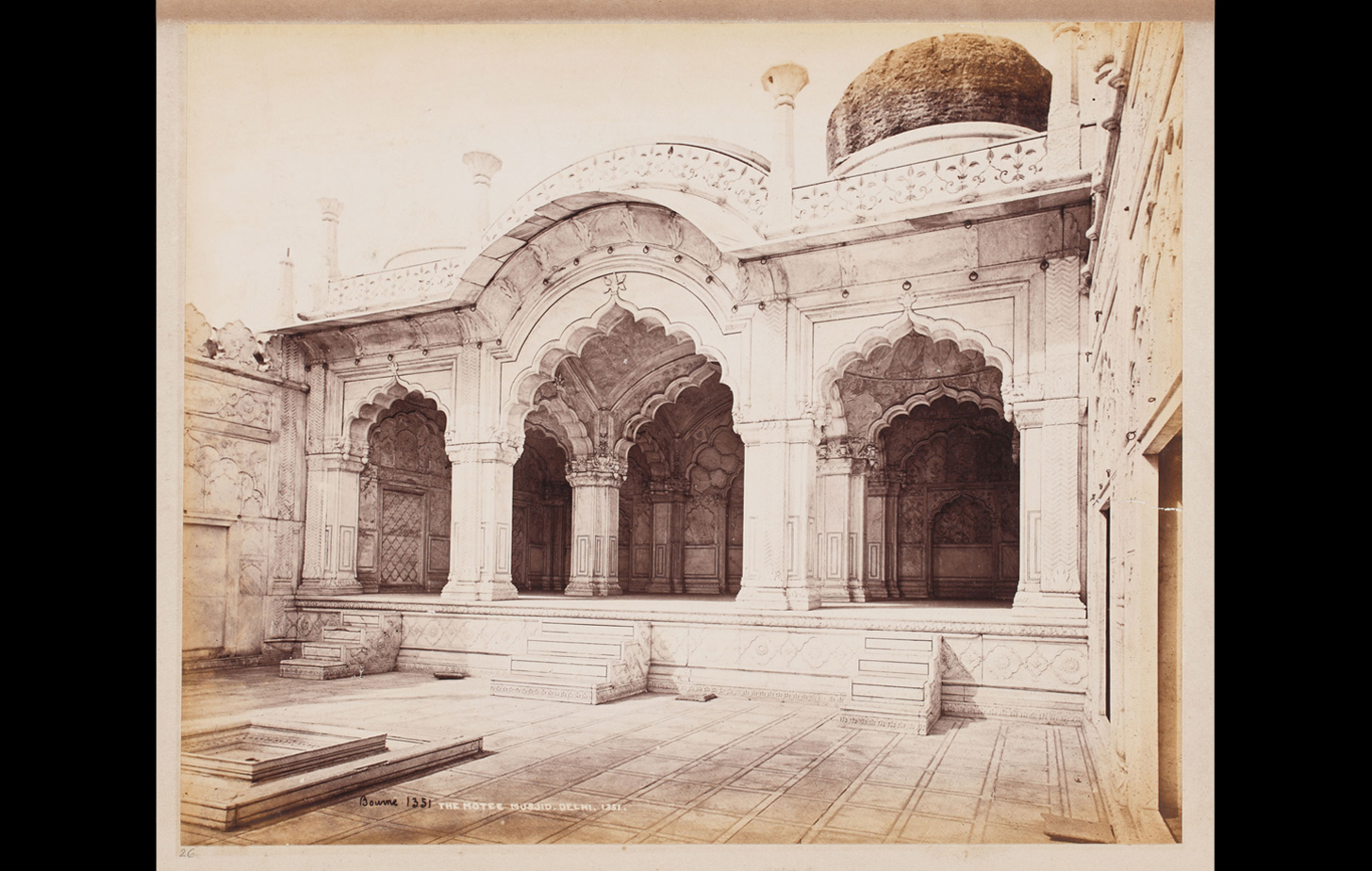 Inscription Recto “Bourne 1351. THE MOTEE MUSJID. DELHI.1351”. This is an image of the Moti Masjid situated inside the Red Fort in Delhi. It was built by Aurangzeb and served as his private mosque, the entre structure is built of marble with inlays in black stone. The photograph shows the front of the mosque including two bays, a source of a fountain in the foreground, and a bangala-type roof surmounted by a single dome.

Delhi; The Pearl Mosque or the Moti Masjid