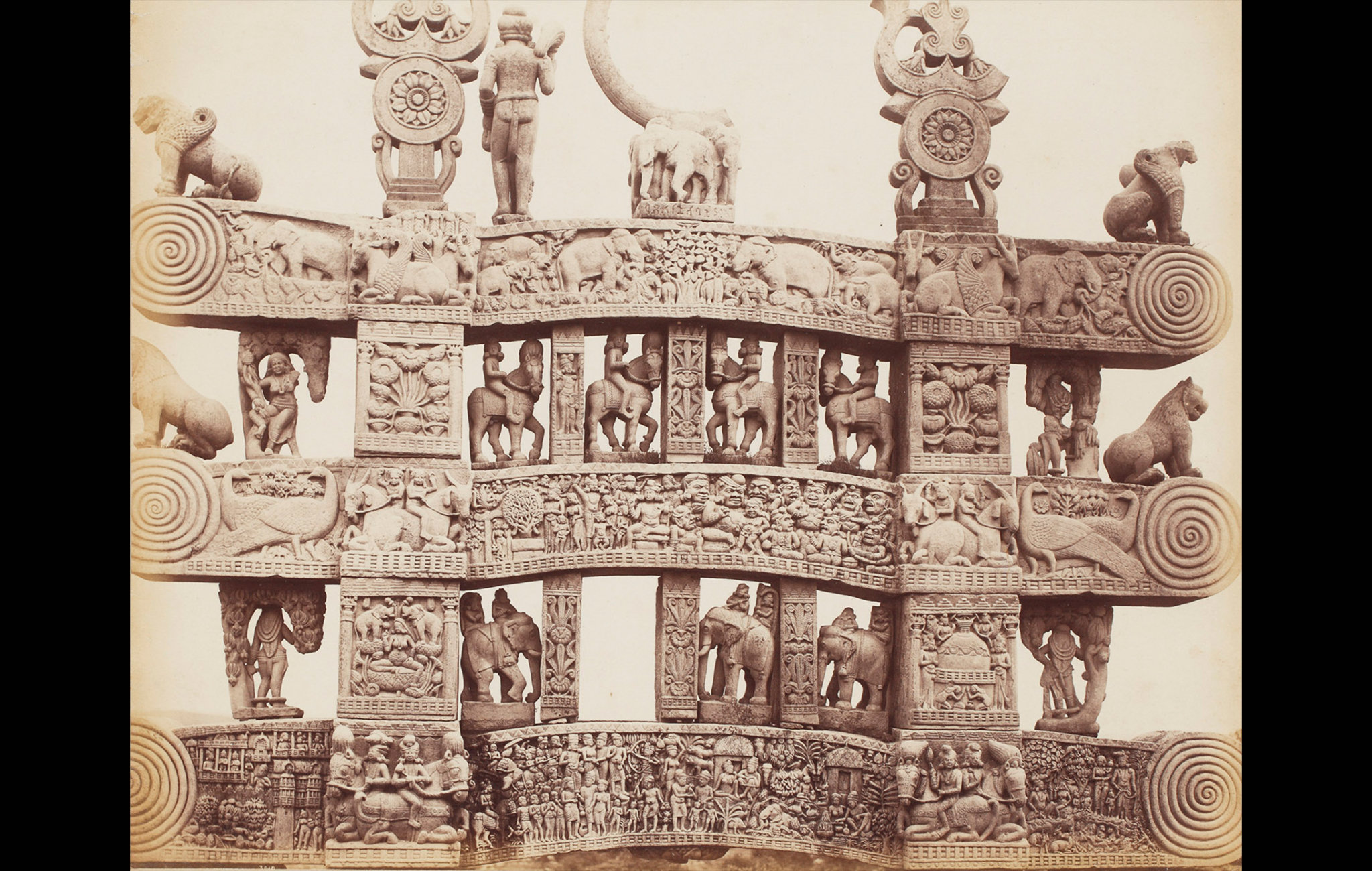 The Sanchi Stupa is one of the oldest and finest example of the architecture of the Shunga era. It consists of a large hemispherical dome, which was built over another stupa that dated back to the 3rd century BC and was built by the Emperor Ashoka Maurya. The stupa was later extended around the 1st century BC under the Satavahana period in the 1st Century when the four elaborately carved gateways were added. The northern gateway particularly, consists of two square posts crowned with a group of four elephants and two shalabhanjika, ie figures of women standing near a tree and holding a branch. The gateway features three architraves or beams with scrolled ends. On the first two, four lions crown either side. The gateway is completely covered with sculptures depicting scenes from the Buddhist Jataka tales. These include tales of Prince Vessantara demonstrating excellence or perfection in the act of giving (dāna pāramitā). He is giving away everything he has for the sake of others and the Bodhisattva. In other places, he is seen instructing his child and warning him against the wiles of women. The Sanchi Stupa is located outside Bhopal in present-day Madhya Pradesh.

Lala Deen Dayal studied surveying at the Thomason Civil Engineering College in Roorkee. After graduating, he worked with the Public Works Department of the Central India Agency. Dayal took up photography in the mid-1870s and the profession brought him fame and fortune. He practiced till his death in 1905. Dayal ran successful studios called Raja Deen Dayal and Sons in Indore, Secunderabad and Bombay. He was appointed photographer by Indian royalty, like the Nizam of Hyderabad, as well as by Queen Victoria. He was regarded as the premier Indian photographer in his lifetime.

Details on the top of the Northern Gate of Sanchi Stupa