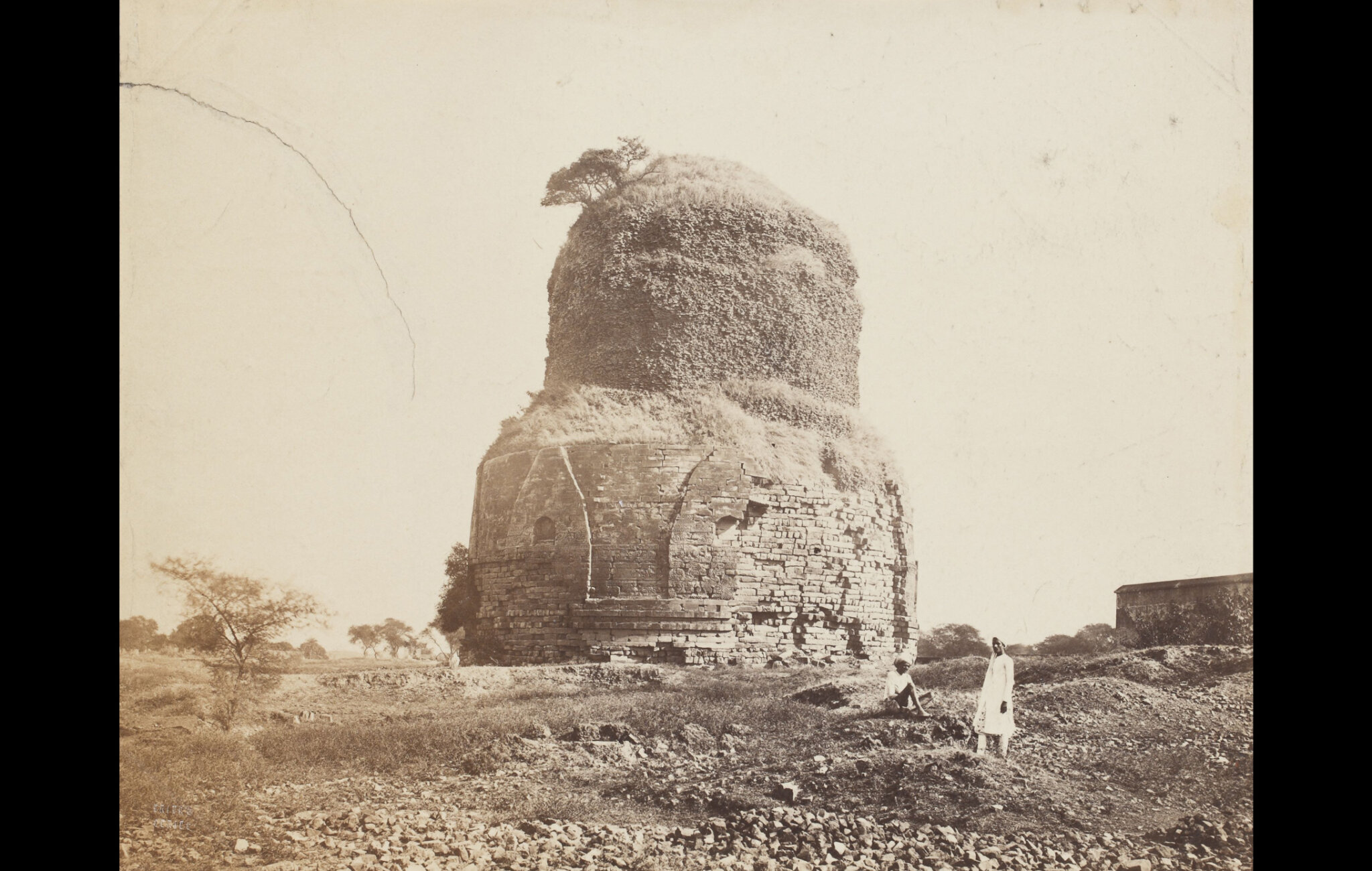 This is a photograph of the Dhamek Stupa at Sarnath. Taken by Francis Frith & Co, it shows the dilapidated state of the ancient Buddhist structure in the village of Sarnath in Uttar Pradesh.

Sarnath is among four major sacred places of pilgrimage for Buddhists in India, which are based on four major events in the life of the Buddha (birth, enlightenment, first sermon, death). The Dhamek Stupa is said to have been constructed on the site of Buddha’s first sermon (Dhammacakkapavattana Sutta) at the deer park in Sarnath, which is often known as ‘the turning of the wheel of law’.