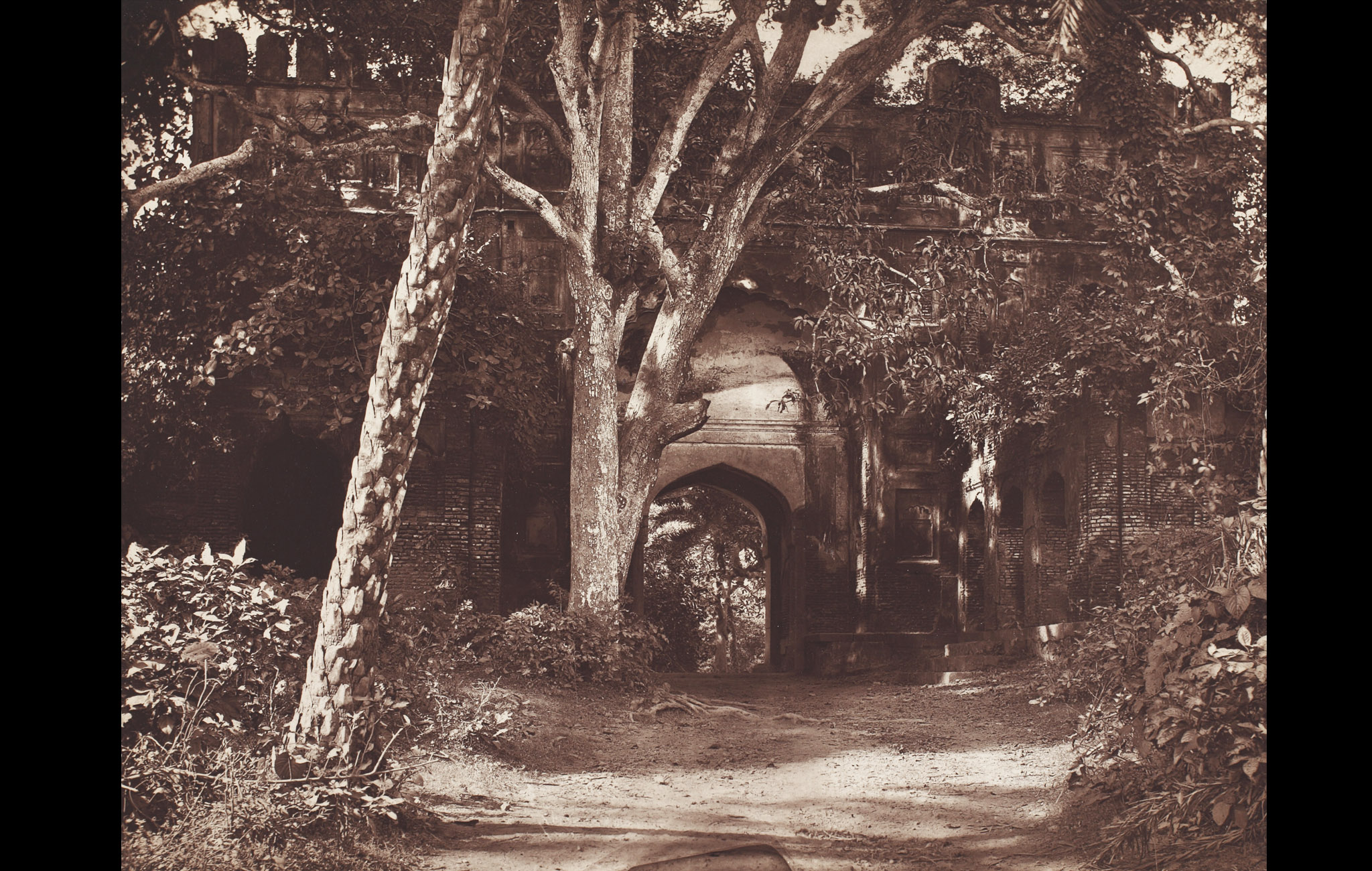 This gate is said to have been built in 1655 by Shah Shuja, and was noted by photographer John Henry Ravenshaw as being relatively more modern in architectural style than the rest of Gaur. The city itself was long deserted by then, its decline rooted in the sacking of Gaur by Sher Shah in 1539. The gate is possibly part of Shuja’s failed attempt to revive the city to its former glory.