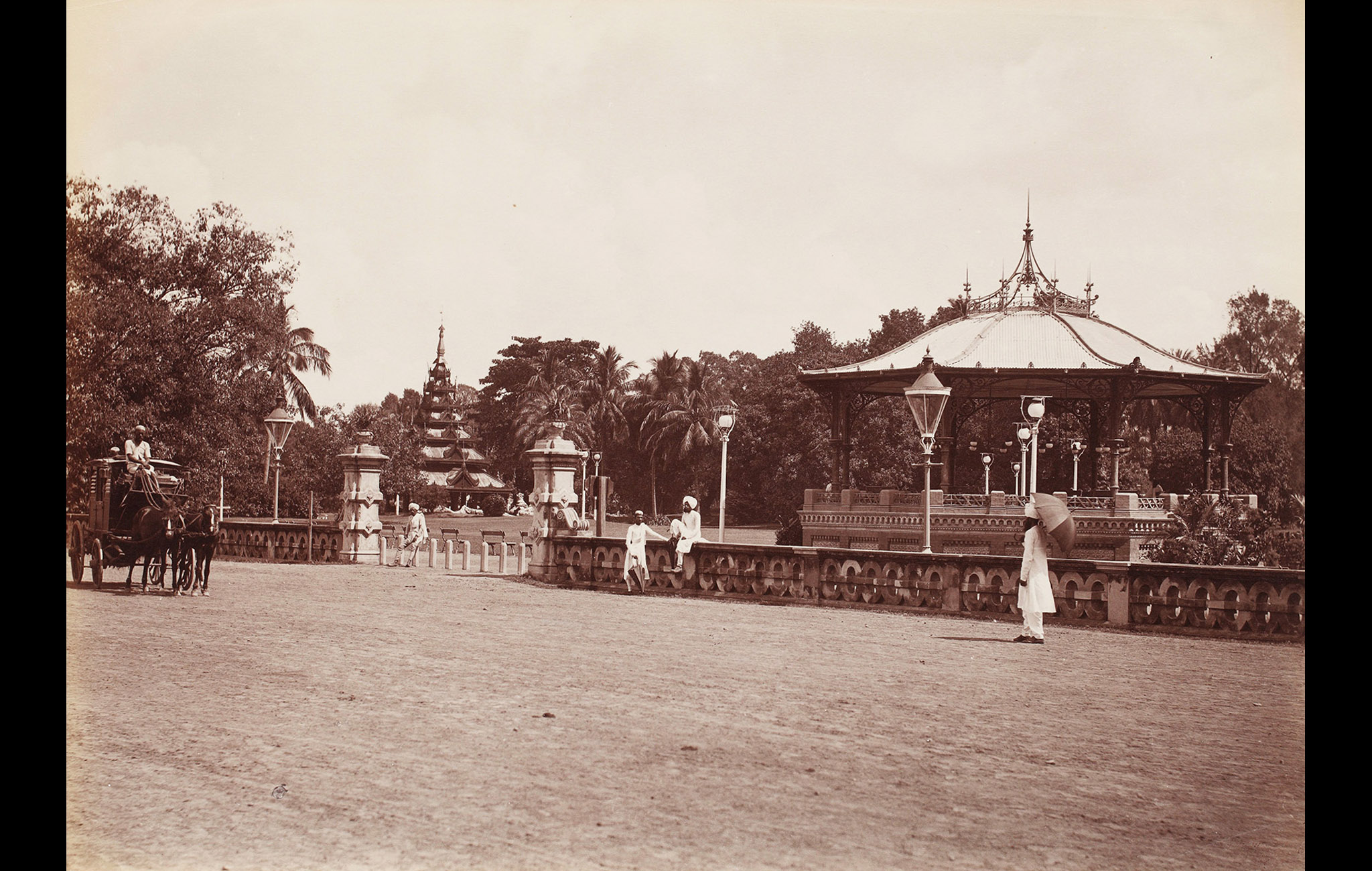 This photo shows a view of the Bandstand and the Burmese Pagoda in Eden Gardens from across Strand Road in Kolkata. It was Lord Auckland, the Governor-General (1836-42), and his sisters who conceived the idea of Eden Gardens around the northern periphery of Fort William and assigned the responsibility of planning it to Civil Architect Captain Fitzgerald.

Eden Gardens, overlooking the Hooghly River, was officially opened to the public in 1840. In the late 19th century, an evening walk in the Eden Gardens was almost sacred to the Calcutta aristocracy, and it is said that one had to wear a top hat and a frock coat in order to mingle with the important members of society present there. Many times military bands were maintained to entertain the community. The pagoda, visible in the background, was erected in 1856. Charmed by the exquisite ornamental design of the pagoda while visiting Prome in Burma, Governor-General Lord Dalhousie (1848-56) decided to dismantle it and bring it to Calcutta after the war of 1854.