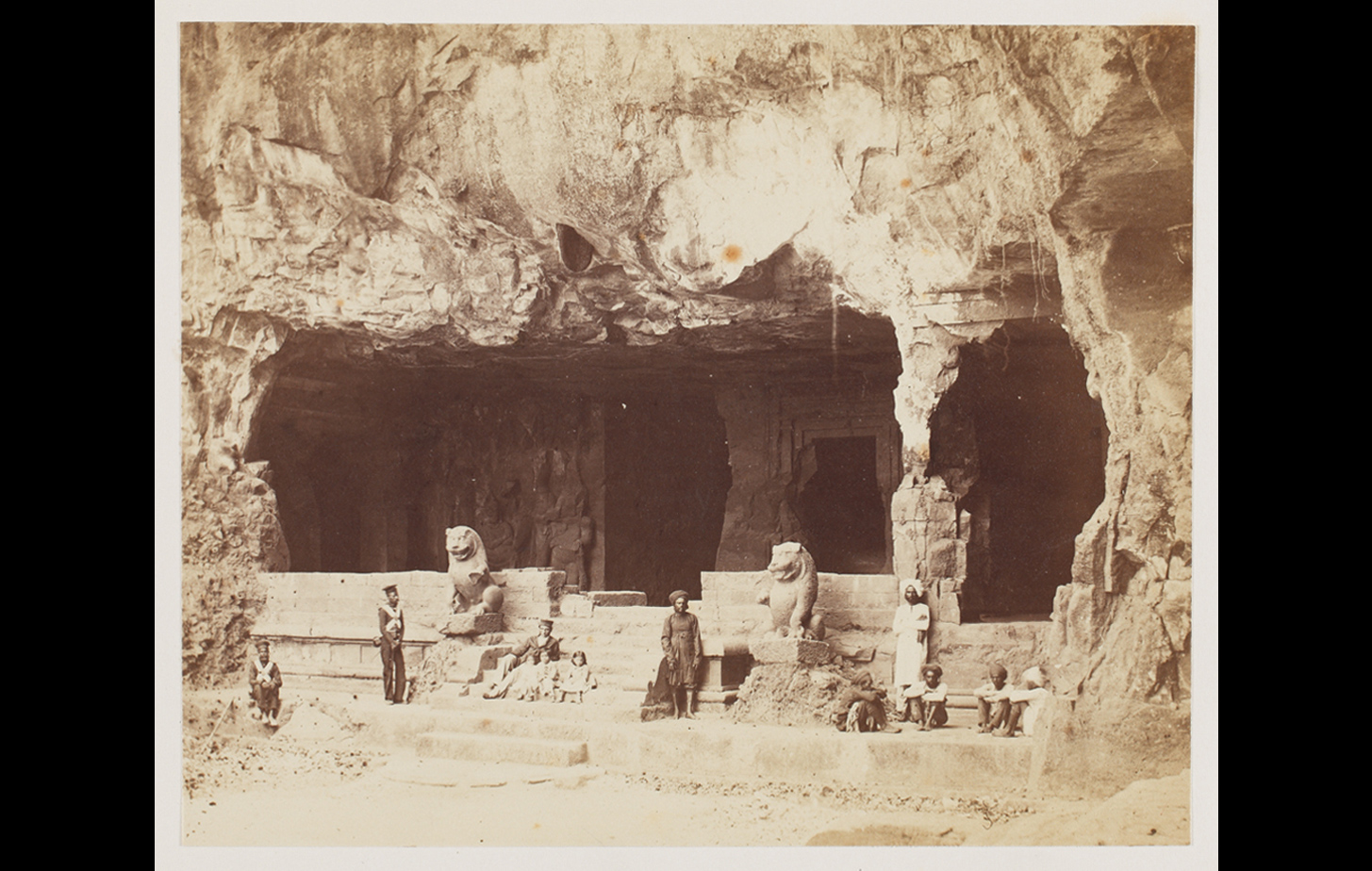 This Johnson and Henderson image shows the outer facade of one of the caves on the island of Elephant in Bombay.

Originally called Gharapuri and identified as the capital of the Mauryas in the Konkan, the island is spread across two hillocks separated by a narrow valley and dotted with numerous archaeological remains going as far back as the 2nd century BCE. The highlight of this small island, however, are the 5th-century Hindu and Buddhist caves that have survived years of habitation, invasion and neglect.