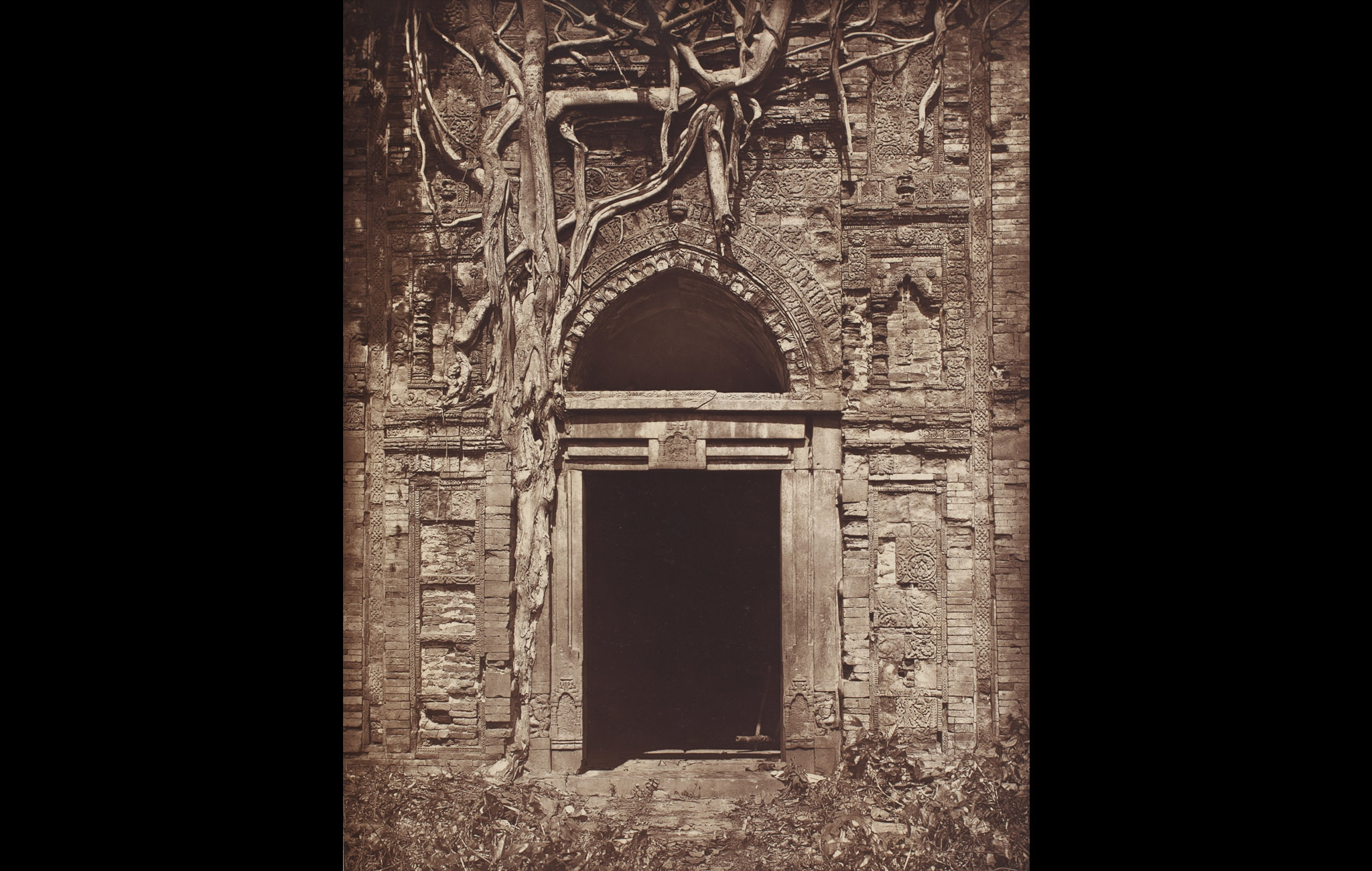 Presumably named Ekhlakhi because it is said to have cost one lakh rupees, this mausoleum in Gaur bears three tombs — considered to be those of Jalaluddin Muhammad Shah, his wife and his son. Shah was the son of Raja Ganesha, a Hindu ruler of Bengal who came to power in 1415, marking the end of the first period of rule by the Ilyas Shah Dynasty. Upon his death, his son Jalaluddin Muhammad Shah, a convert to Islam, seized the throne and ruled for 16 years. Notably, the doors and lintels of the mausoleum are covered with Hindu carvings.

To read more about Gaur, as well as view more of Ravenshaw’s photographs from the region, click here .