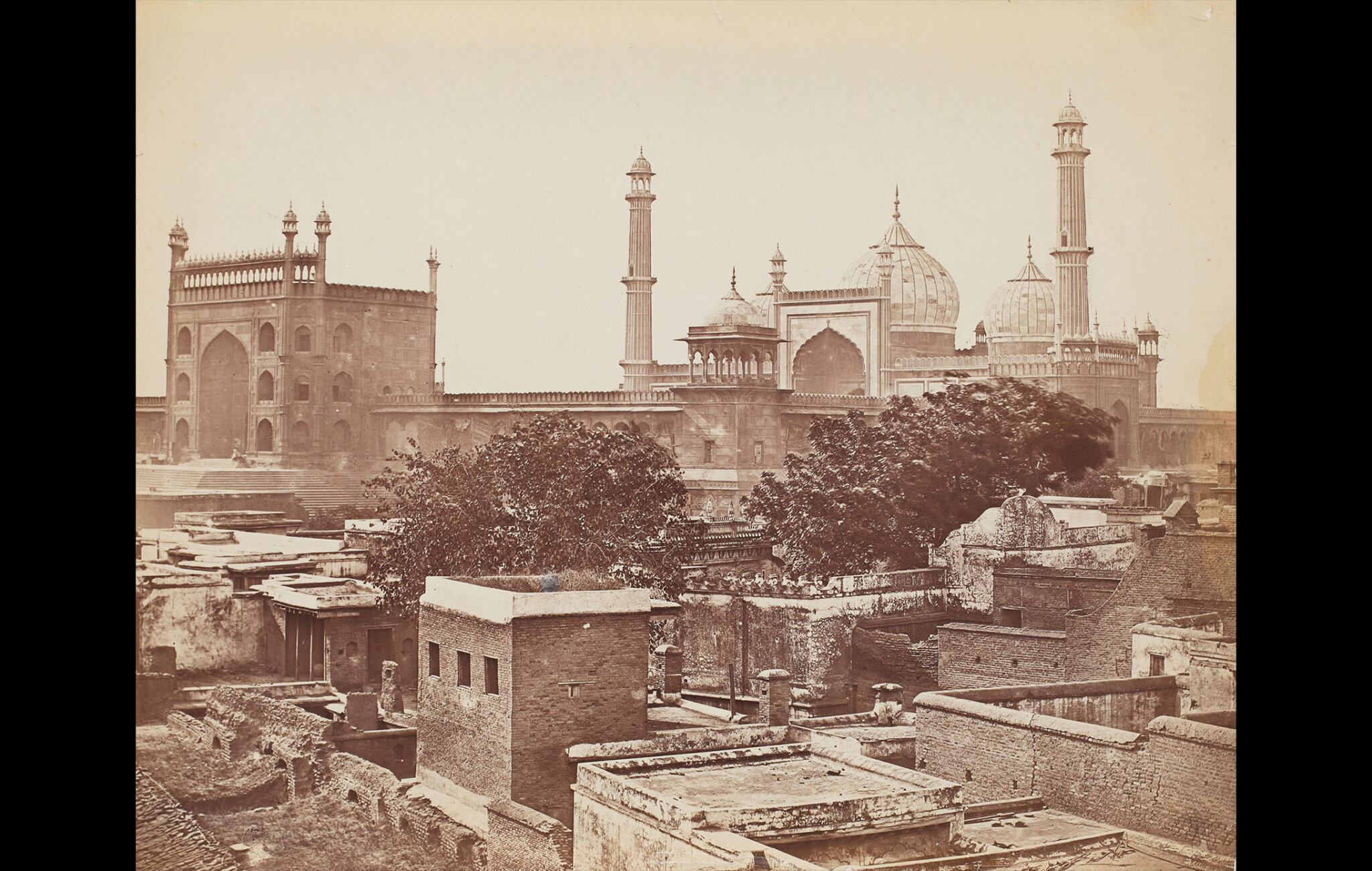 The Jama Masjid, Delhi was built between 1650 and 1658 by Shah Jahan in Shahjahanabad. The Sanctuary’s main facade consists of five arches on either side of a massive central lawn. It is built in red sandstone with decorations in white and black marble. The minarets have white marble stripes inlaid while the domes feature the black marble stripes. The photographer of this picture is most often remembered for his photography in Crimea, India, China and Japan.

Felice Beato was a European photographer renowned for being one of the earliest personalities to capture bold subjects like military expeditions and war.  He and his brother Antonio gained the knowledge of photography from their brother-in-law, James Robertson, a Scottish photographer. It was between June 1855 to June 1856, in his formative years, Beato worked with Robertson as his partner and helped him photograph the Crimean War. He arrived in Calcutta in early 1858 intending to document the aftermath of the Uprising of 1857. Between February 1858 and 1959, Beato travelled to Kanpur, Lucknow, Meerut, Simla, Agra, Delhi, Lahore creating over 130 topographical and architectural photos of British military siege and campaigns. Beato’s photographs won him recognition because he was one of the first to venture away from Europe to document contemporary events for the European audience.

Entrance to the large mosque of Jumma Masjid, Delhi