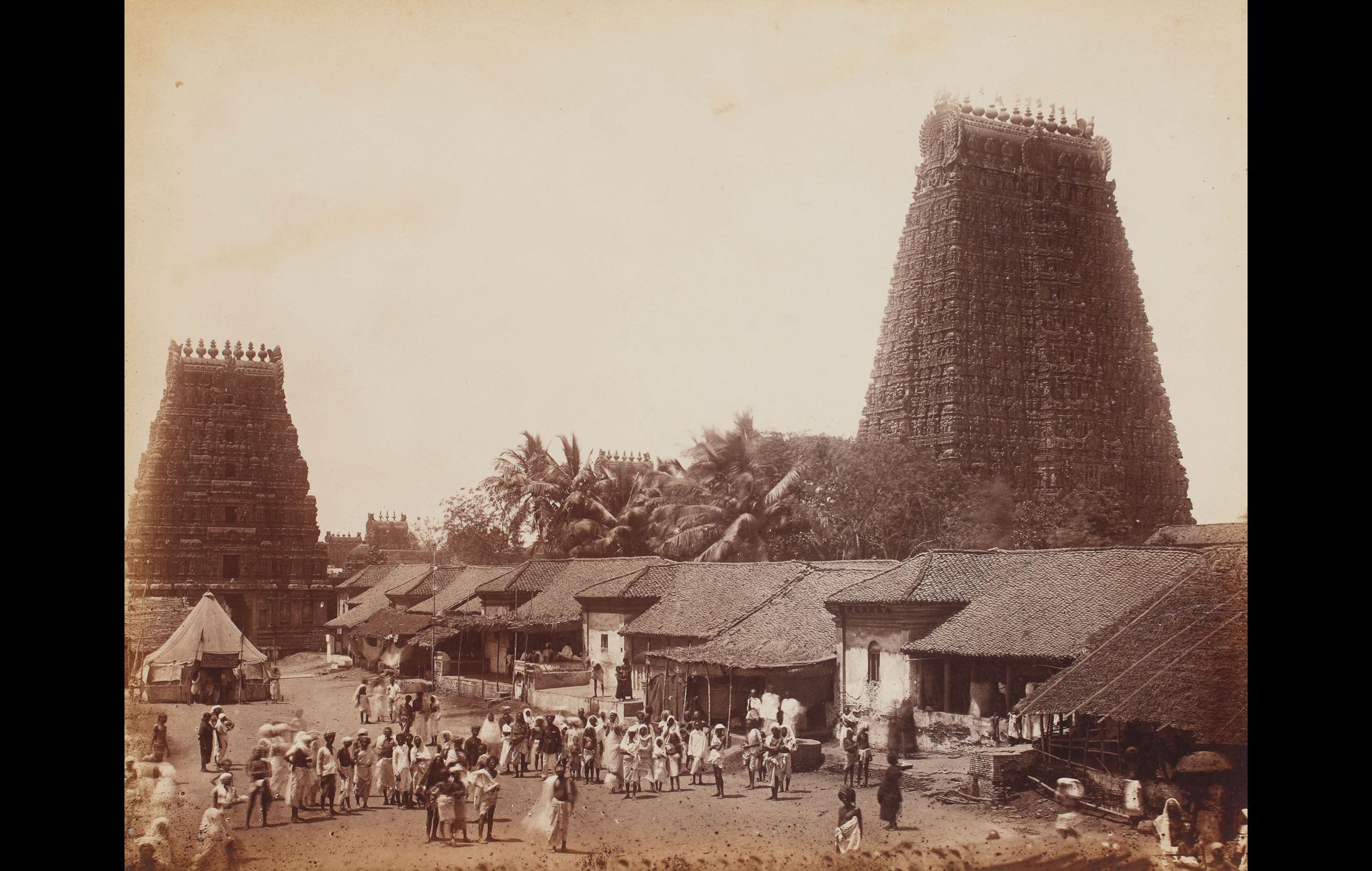 Kumbakonam, a temple town in Tanjore district of Tamil Nadu, was an important centre in the Chola kingdom from the 9th through 13th centuries. It is home to twelve major temples dedicated to various Hindu deities, each functioning as a primary centre of ritual throughout the year. Many of the early Chola temples here are dedicated to Lord Shiva and Lord Vishnu. The image here shows a street scene from Kumbakonam, which served as an important municipality district during British rule. A large temple gopuram towers over the roofs of the buildings in the foreground. A similar gopuram mirrors the view at a distant corner to maintain symmetry and perspective in the photographic frame.

Entrance to the temple of Kumbakonam