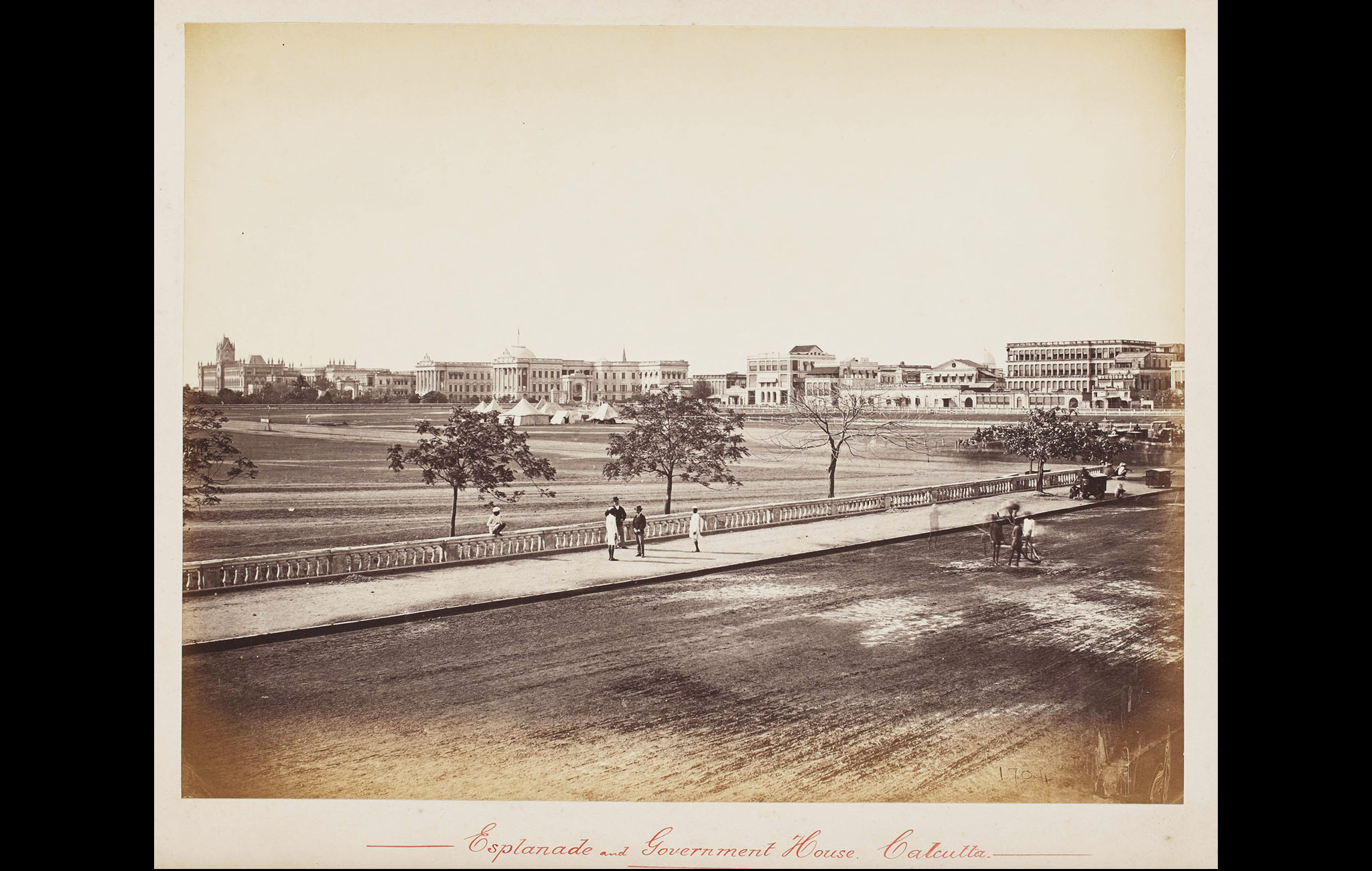 This photograph shows the view from the north end of Chowringhee Road, beside the carriage stand, looking north-west across the Dharmatala Tank, towards the façades of the houses along Esplanade Row. The Government House is on the extreme left. The flat-fronted building with a verandah, located behind the premises of William Coish & Co is the Adjutant-General’s offices.

The commercial premises on Esplanade Row include the Mountain’s Hotel, Madame Nielly (French Milner), Payne & Co’s Belatee Bungalow and Thomson & Co. Open spaces were important to European towns. Like Hyde Park in London or Champs Elysee and the Seine riverfront in Paris, for Calcutta it was the Esplanade that was made to serve as this natural, uncluttered space around which life revolved.

Chowringhee Road was one of the major roads framing the Maidan and one of the widest streets of Calcutta. It was nearly two miles long and around eighty feet in width, with houses only on one side, facing the Maidan separating it from the river. Dharmatala was almost the same in dimensions.

This photograph is taken by Samuel Bourne in the 1860s. Samuel Bourne was a banker with itchy feet. Paintings of India so enamoured him that he quit his job in Nottingham and arrived in Calcutta in 1863. Now regarded as one of the earliest travel photographers in the world, Bourne started exploring Indian landscapes in the hills of Shimla and spent months in Kashmir, returning with incredibly detailed images of the Himalayas and Gangotri glacier. He and fellow photographer Charles Shepherd set up studios across the country. Established first in 1863, Bourne and Shepherd was the most successful commercial firm in late 19th and early 20th century India, with outlets primarily based in Shimla, Calcutta and Bombay. In Calcutta, the studio was in business till as recently as 2016.