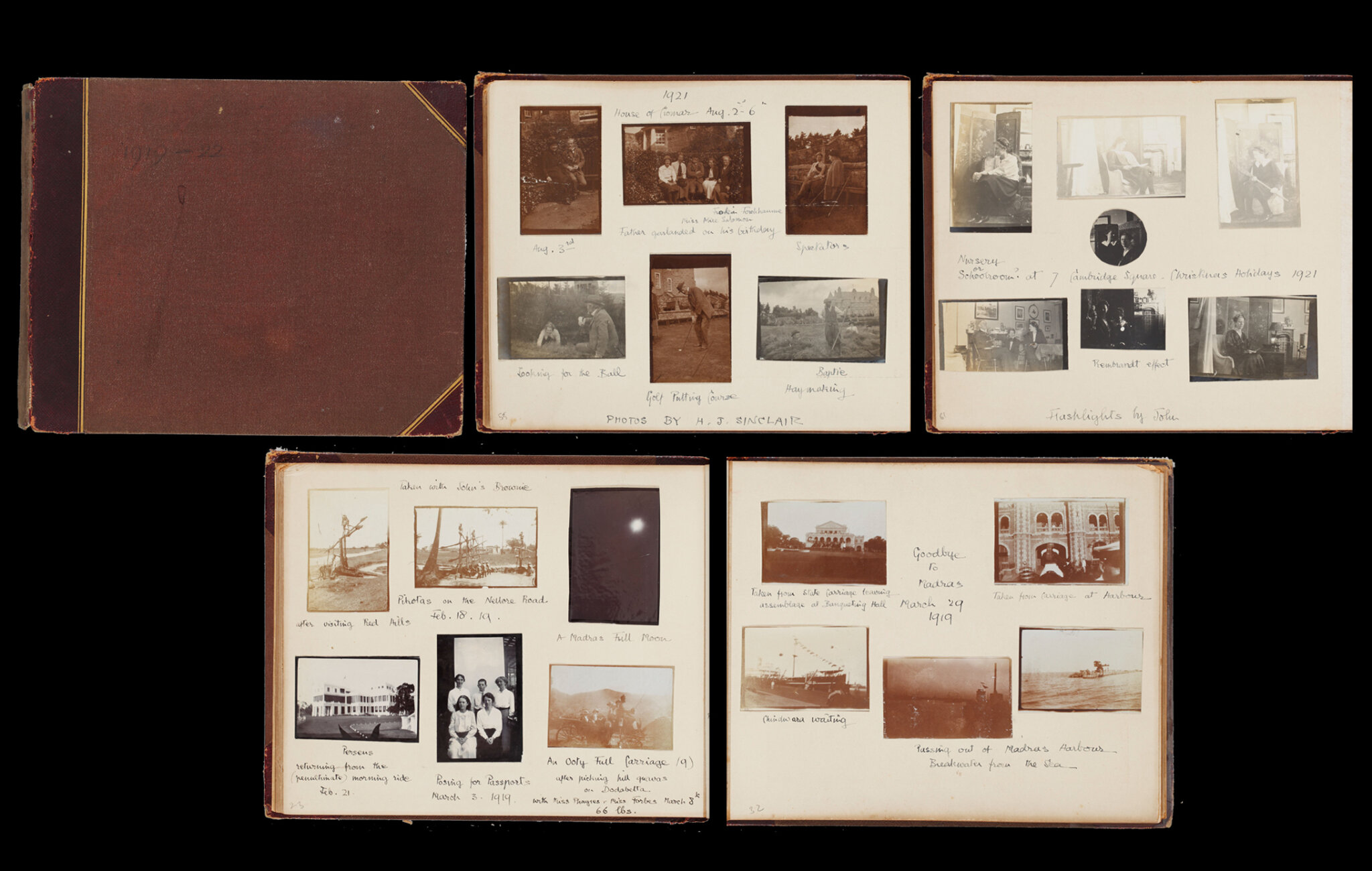 This album is a part of a set of three personal albums chronicling the life and times of John Sinclair, the first Lord Pentland, and the Governor of Madras, India, between 1912-1919. His tenure saw some significant developments in the region, such as the construction and opening of the sea bridge linking the mainland and the island of Rameswaram, British India’s participation in World War I, and the Home Rule Movement in Madras, led by Subbaiyar Subramania Iyer and Annie Beasant.

The album has 297 snapshot photographs, primarily silver prints, that chronicle the last few months of the Sinclair family in 1919 in India. It also documents their journey back to England and the family’s early return days between 1920-1922. Official visits and trips to Gingee, Fort Rajagiri, Alambarai Fort, Mahabalipuram, Chingleput District, and the Nilgiris are portrayed exhaustively.

The photographs highlight the pomp and circumstance of British India at the beginning of the 20th century. Scenes from high society are portrayed alongside administrative and missionary views.

To read more on the Sinclair albums, click here.

Family Album of John Sinclair, 1st Baron Pentland, the Governor of Madras from 1912 to 1919