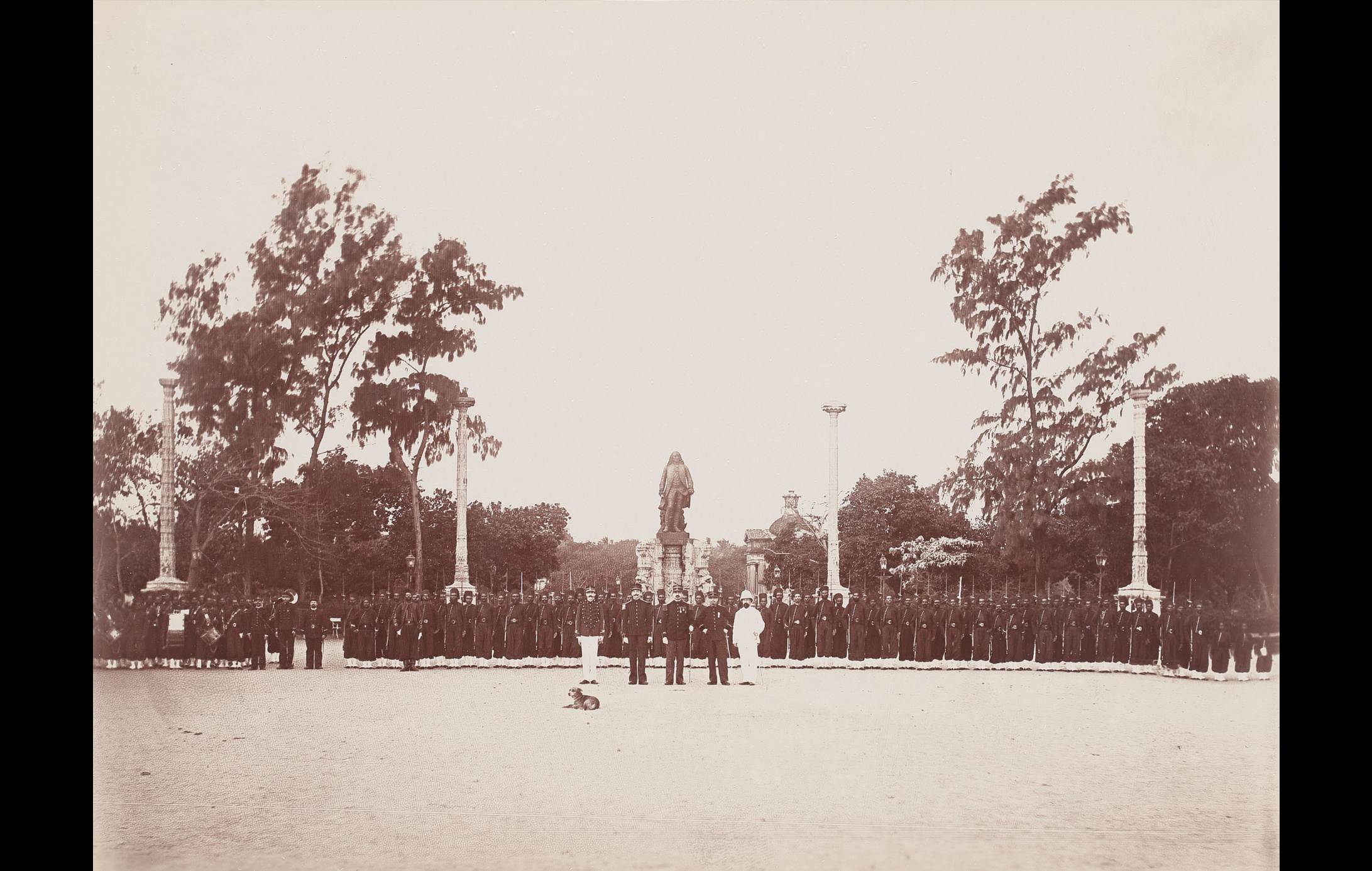 This late 19th-century photograph is of the French Sepoy Regiment standing in front of the statue of Joseph Francois Dupleix, Governor-General of the French establishment in India.

Pondicherry, a port town on the Coromandel coast, was governed by numerous southern dynasties before European forces arrived in the 1600s, including the Pallavas, Pandyas, Cholas. Powerful European imperial contenders, including the Portuguese, Dutch, and British, competed to access this valuable port city for their trade routes from the beginning of the 17th century. Beyond trade, though, the French wielded real and lasting dominance in the region.